Over 3,800 people displaced amid Mosul operation 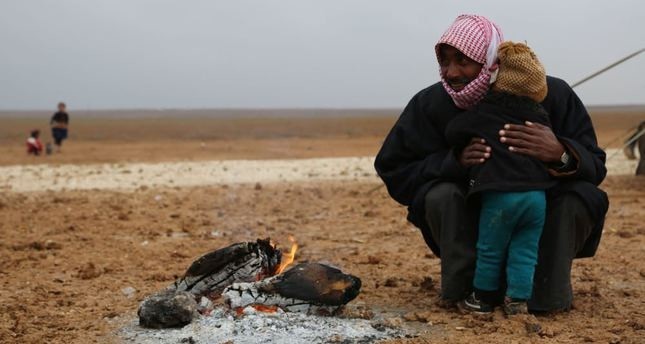 An Iraqi refugee and his child who fled the northern city of Mosul, now held by DAESH, pictured in a new camp on the outskirts of Syrian town Ras al-Ain, near the border with Turkey.
by Anadolu Agency Oct 24, 2016 12:00 am
More than 3,800 people have been displaced in areas around Mosul since a major offensive was launched last week to oust Daesh from the northern Iraqi city, the ministry of migration and displacement said in a statement released on Monday.

Some 904 people were transferred Sunday from Bashiqa and Gayara fronts to a refugee camp in the Sheikhan district south of Mosul, the ministry added.

Qassim Atiyye, the spokesman for the ministry told Anadolu Agency that the camps for the displaced could accommodate up to 300,000.

In recent weeks, the army and its allies have staged a gradual advance on the city, which officials in Baghdad have vowed to recapture by year's end.