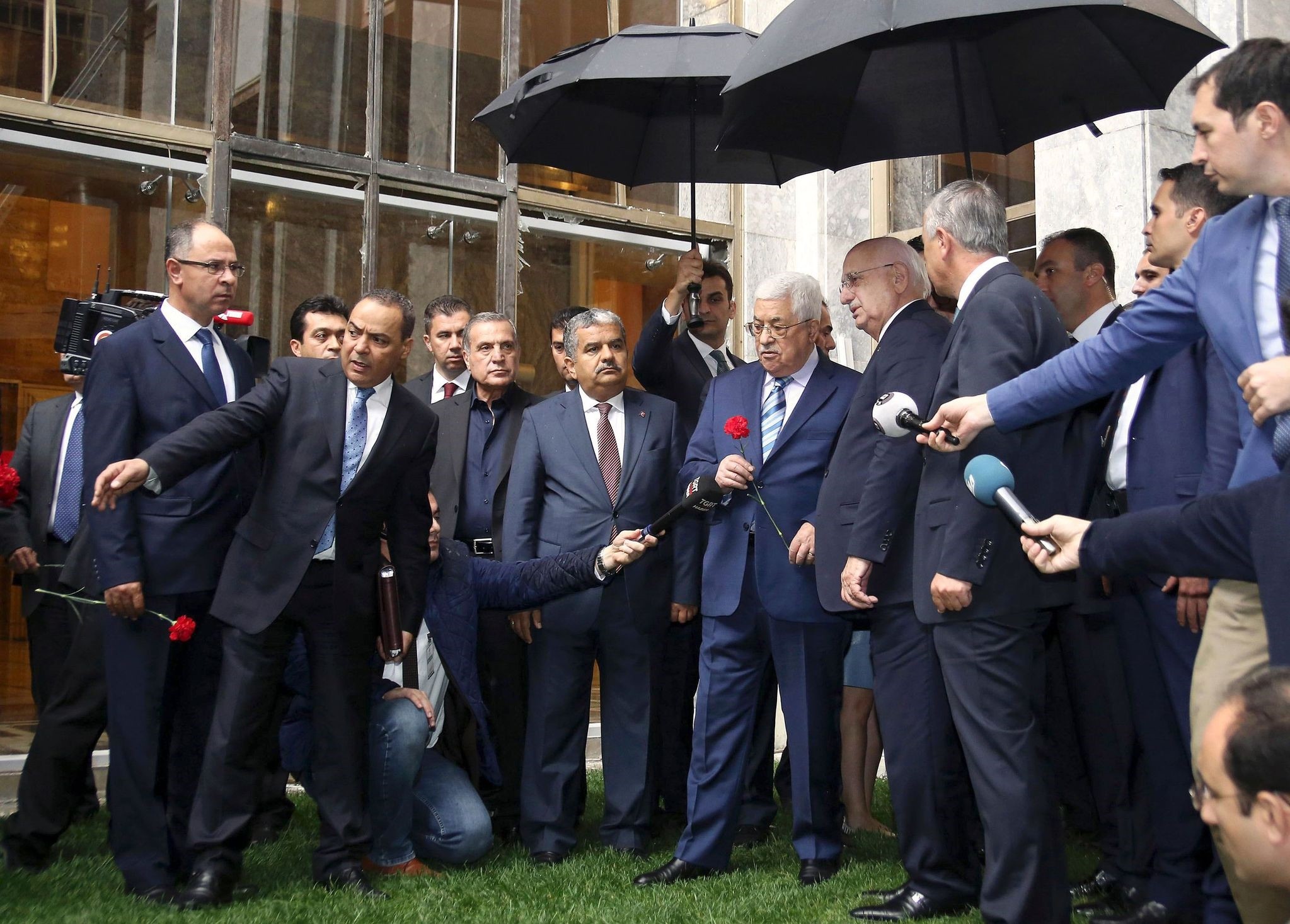 Palestinian President Mahmoud Abbas (C) holds a flower as he visits a part of the Turkish parliament building that was damaged during the July 15 failed coup attempt in Ankara. (AFP Photo)
by Anadolu Agency Oct 24, 2016 12:00 am

Palestinian President Mahmoud Abbas praised Monday the strength of the Turkish government and its people as he visited the Turkish parliament which was bombed during July 15 coup attempt.

"I know that Turkey is strong enough to resist all kinds of problems, pressures and interventions, whether internal or external," Abbas said as Parliament Speaker İsmail Kahraman gave him a tour of the bombed building in Ankara.

"We are deeply saddened to visit in person the bombing site," he said, adding his wish that no such attempts would occur in the future.

Abbas also praised the close and strong relations between the two countries, as well as Turkey's "very sincere" support for the Palestinian cause, which he said would "shed light on the future of Palestine."

"God willing, Turkey will continue to remain a stronghold of the Muslim world," he said.

At least 241 people were martyred and nearly 2,200 others injured in the defeated coup, which the Turkish government said was organized by followers of Fetullah Gülen, the Fetullah Terror Group (FETÖ) leader who lives in self-imposed exile in Pennsylvania, U.S.