Yemeni artists depict the horrors of war in their graffitis 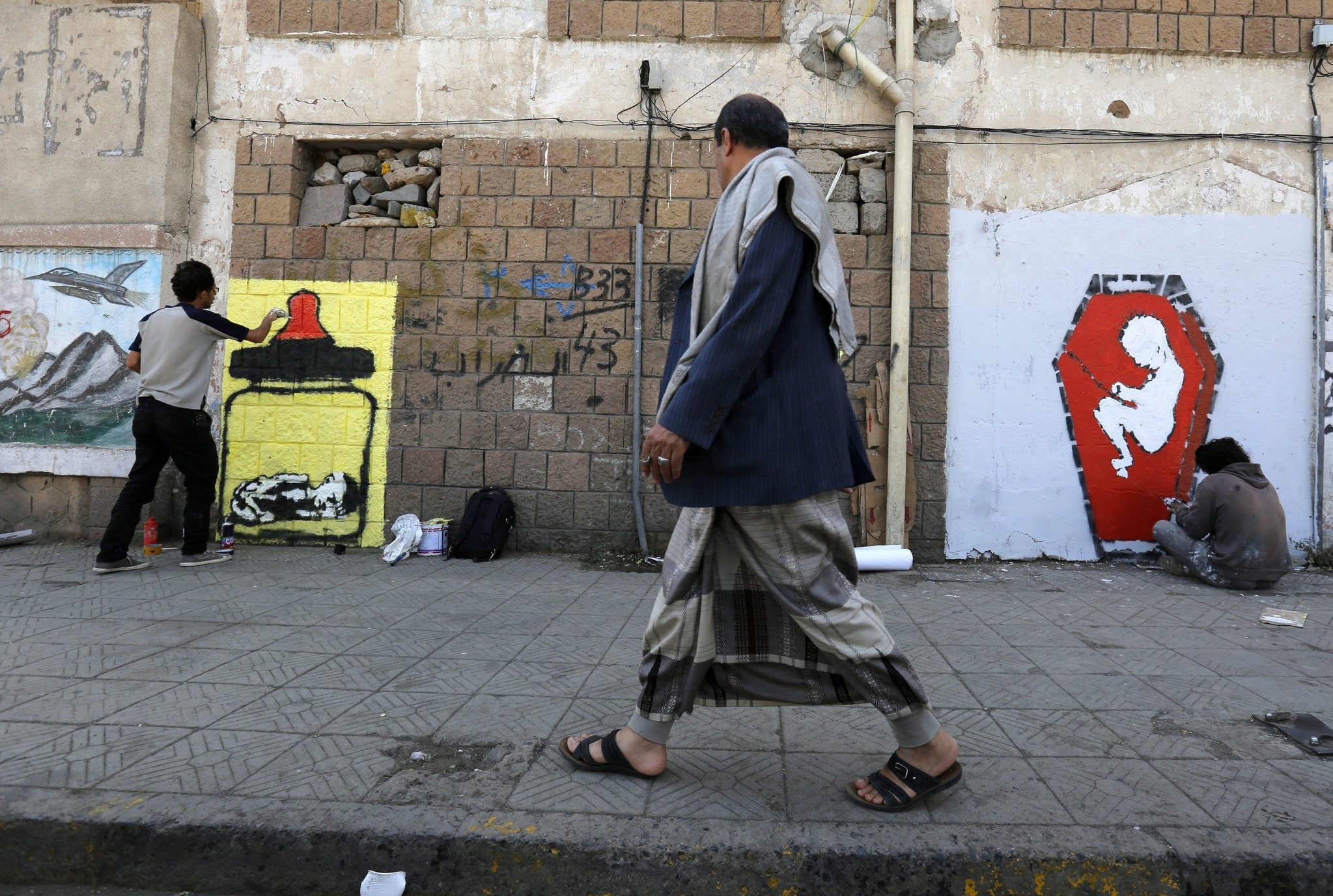 Yemeni street artists are daubing the capital's walls with haunting images of war and starving children in an effort to highlight the impact conflict is having on the country's population.

The graffiti, including a malnourished child locked in a blood-red coffin, is turning heads in a country where more than two thirds of the population are in need of some form of humanitarian aid, according to the United Nations. 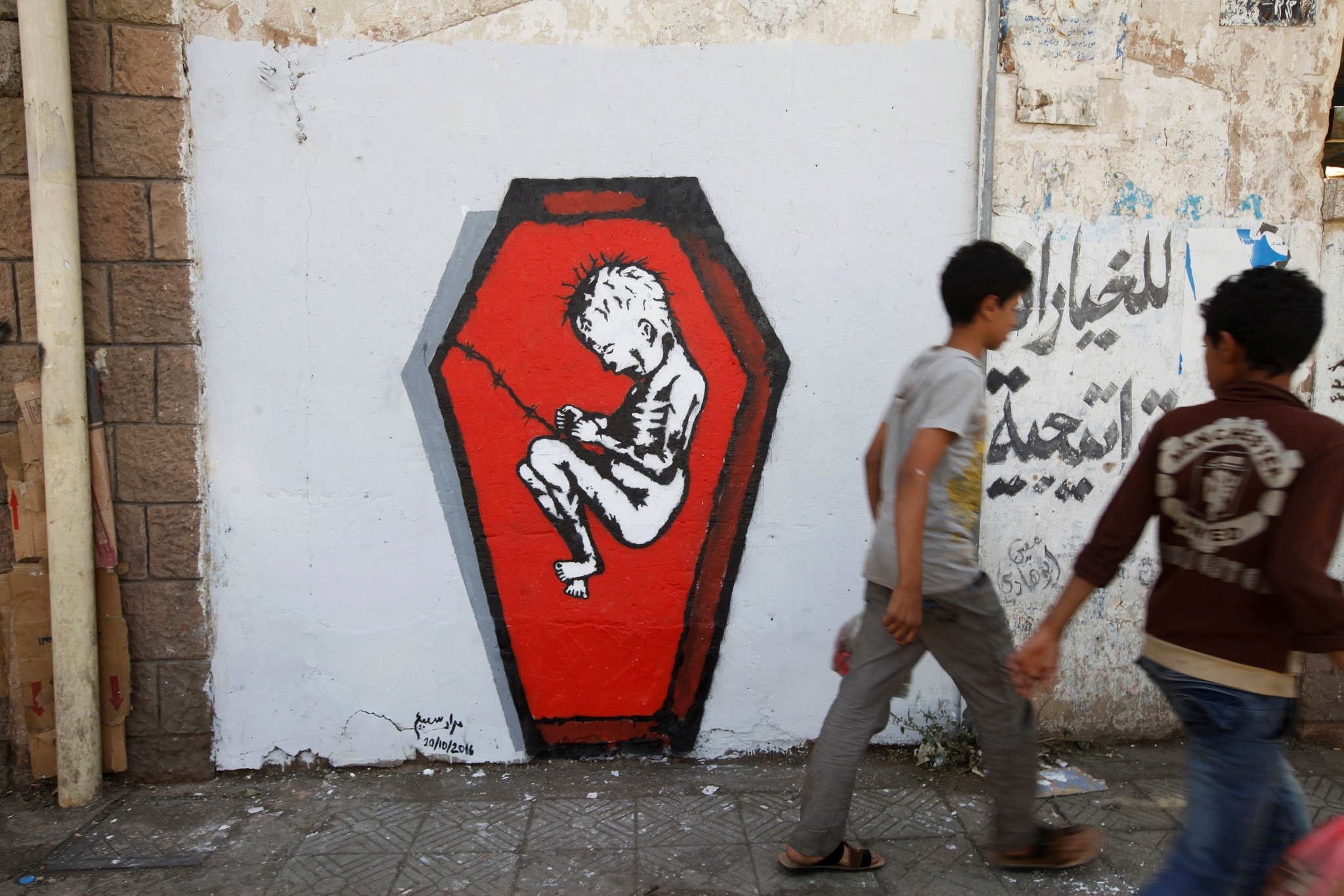 "We came up with this campaign because of the internal and external wars in Yemen, the economic crisis, all of these factors led to famine and poverty in Yemen," said participating artist, Thou Yazan Al Alawi.

More than 10,000 people have been killed, thousands more wounded and the healthcare and education systems have crumbled in Yemen's 19-month civil war. 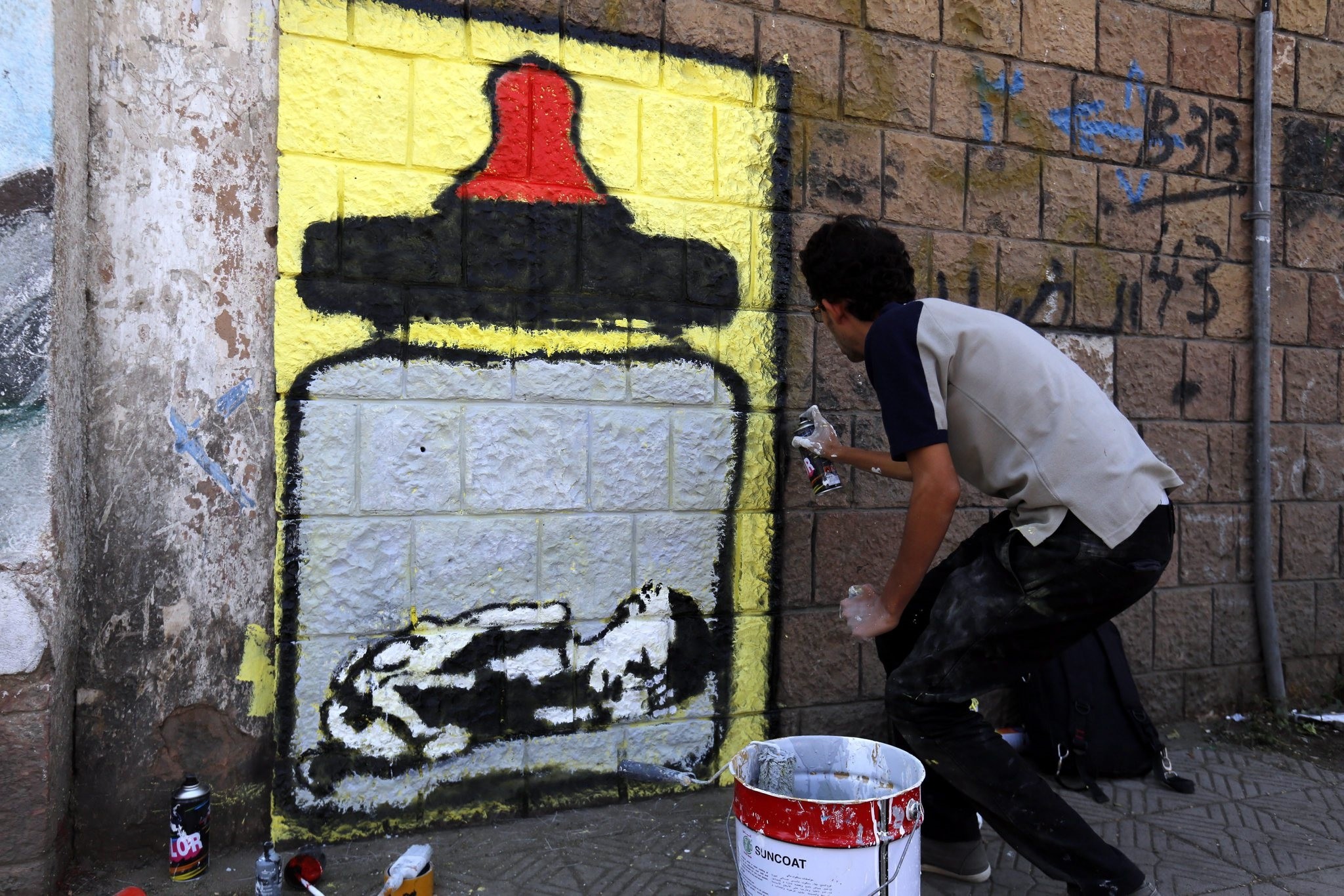 "The war has made this country sick, people are dying of hunger," said one passer-by, Yousef Abdelqawi.