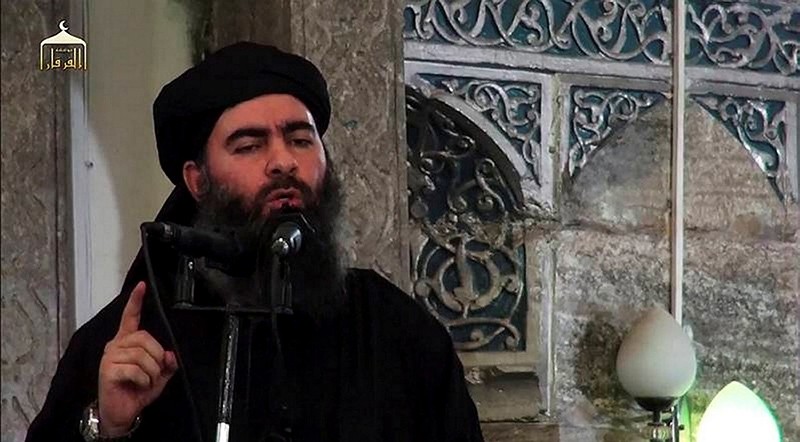 Amid Turkey's intensified fight against Daesh, both inside Turkey through its security measures, as well as its cross-border offensive supporting the Free Syrian Army (FSA) as part of the Operation Euphrates Shield, the terror group leadership has urged its followers to carry out attacks against the country.

The Daesh terrorist group's leader Abu Bakr al-Baghdadi, who is believed to currently be in Mosul, called on his supporters to take the battle to Turkey and carry out attacks in the country. Baghdadi's call, which was released in a voice recording on Thursday, is the first message he issued after Iraqi forces backed by the U.S. launched an offensive in Mosul to regain control of the city back from the terrorists.

In the 31-minute-long recording, Baghdadi expressed confidence that Daesh will be victorious in Mosul, and told his followers to invade Turkey.

"Unleash the fire of your anger on Turkish troops in Syria," the terrorist leader said and added, "Turkey today entered your range of action and the aim of your struggle... invade it and turn its safety into fear.''

Baghdadi claimed that Turkey is cooperating with atheists, therefore deserves to be attacked and targeted.

He also urged Daesh terrorists t target security forces, members of the ruling Al Saud monarchy, media outlets in Saudi Arabia and launch simultaneous attacks, as he claimed they were also cooperating with "infidel nations" in Syria and Iraq.

With a population of over 1.5 million people, Mosul stands as a bastion of the terrorist group.

In December 2015, Daesh released a video urging the conquest of Istanbul and Turkey and called President Recep Tayyip Erdoğan"Satan," while harshly criticizing him for supporting the U.S.-led coalition against the terrorists.

In its determined fight against the terrorists, Turkey has prevented the entry of thousands of foreigners suspected of being fighters from entering the country and detained thousands of Daesh suspects.

According to official sources, through intelligence sharing Turkey added nearly 28,000 foreign terrorist fighters to the no-entry list in 2015, and more than 16,000 as of September this year. Meanwhile, 51,976 individuals have been banned from entering Turkey due to suspicions of terror links since 2011.

The sources also said as of September, a total of 3,710 foreign terrorist fighters have been deported from Turkey after successful operations by security forces.

Since 2014 authorities have deported 3,165 foreign terrorist after being caught by security forces, according to sources.

Meanwhile, Ankara has been pushing southwards, supporting FSA forces as part of Operation Euphrates Shield. The military operation was launched on Aug. 24 to clear Turkey's borders from Daesh terrorists and form a 5,000-square-meter terror-free zone, comprising of the towns of al-Bab, al-Rai, Azaz, Jarablus and Manbij. The terror-free corridor will ensure security for Turkey's southern border with Syria, while providing a safe shelter for locals in the region, which would stop the mass influx of refugees coming into Turkey.

Meanwhile, the construction of a concrete wall along the Turkish-Syrian border will be completed in the first half of 2017, Turkey's Defense Minister Fikri Işık said Wednesday.

Speaking during a visit of the border units in the southern province of Hatay, Işık said almost 270 kilometers (167 miles) of the wall has been completed so far. The minister said the construction of 200 kilometers (124 miles) of the remaining 520 kilometers (323 miles) has started. "Eighty-five kilometers (52 miles) of the border is [part of Euphrates and Tigris] rivers for which we will take different measures," he said. Turkey shares a 900-kilometer (559 miles) border with Syria, which has been embroiled in a civil war since 2011.