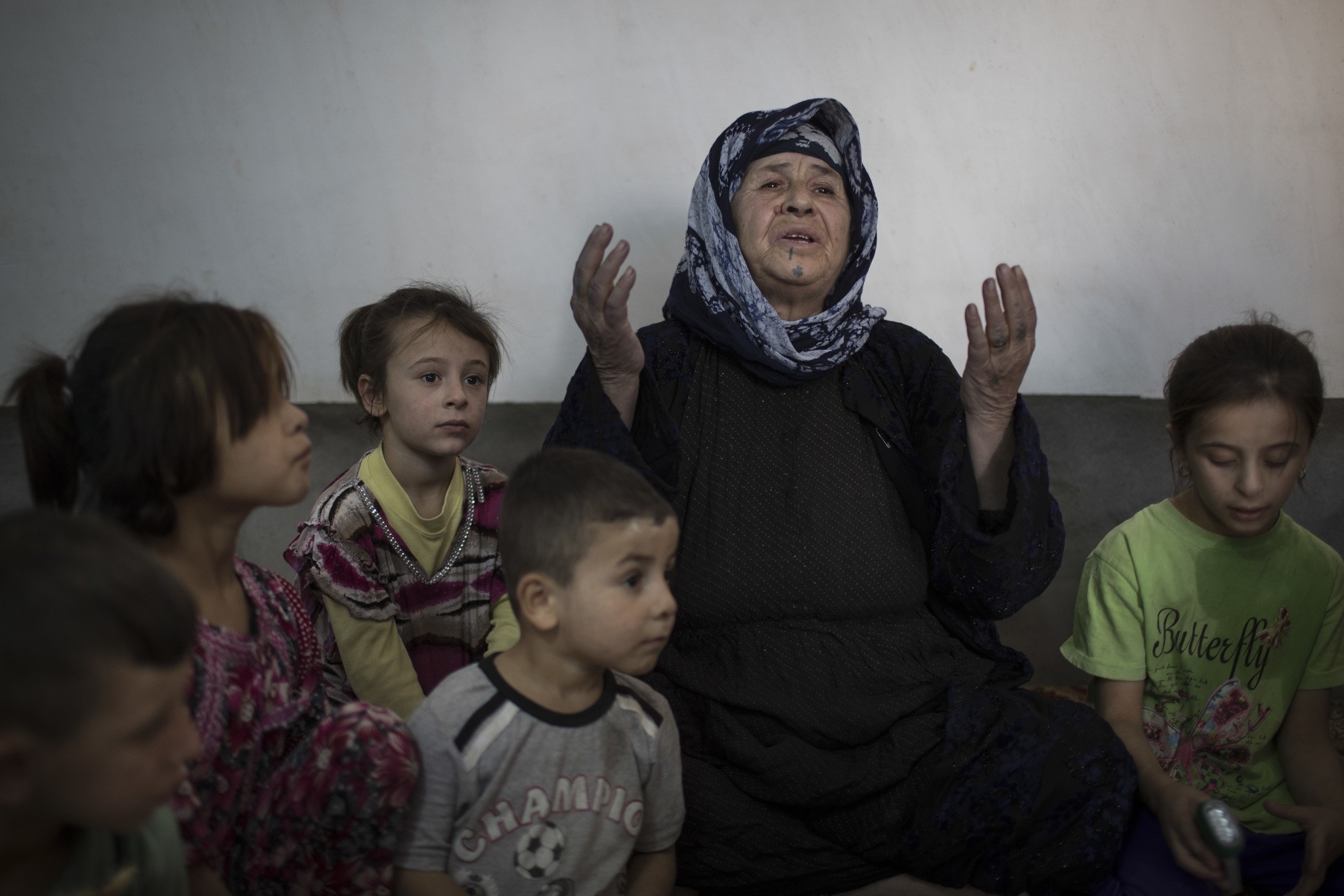 Husna Abbas sits with her grandchildren inside her home in the Yahyawa camp for internally displaced Turkmen on the outskirts of Kirkuk, Iraq, Sunday, Oct. 30, 2016. (AP Photo)
by Daily Sabah with AA Nov 03, 2016 12:00 am

Residents of Iraq's Daesh-held city of Tal Afar, which has a mostly Turkmen population, are voicing concern over the participation of Shiite militiamen and the PKK terrorist group in the ongoing army campaign to recapture Mosul.

In a Thursday statement, Tal Afar's local council urged the central government in Baghdad to send troops to clear the city of Daesh elements and protect it from additional threats posed by both the PKK and the Hashd al-Shaabi, an umbrella group of Shiite militias. 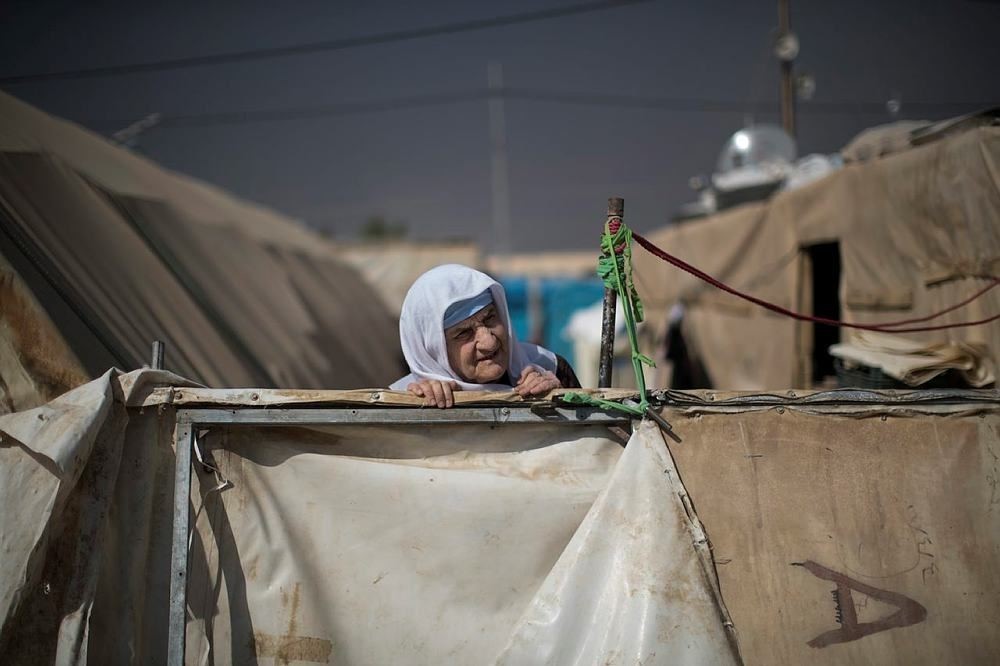 An elderly woman looks out from her home in the Yahyawa camp for internally displaced Turkmen on the outskirts of Kirkuk, Iraq, Sunday, Oct. 30, 2016. (AP Photo)

"If our request isn't met, all options will be put on the table," the statement read. "We will bring our case before the international arena."

Ankara has repeatedly warned of the potential for sectarian conflict if Shiite militias are allowed to enter the majority-Sunni city of Mosul, located some 55 kilometers east of Tal Afar. 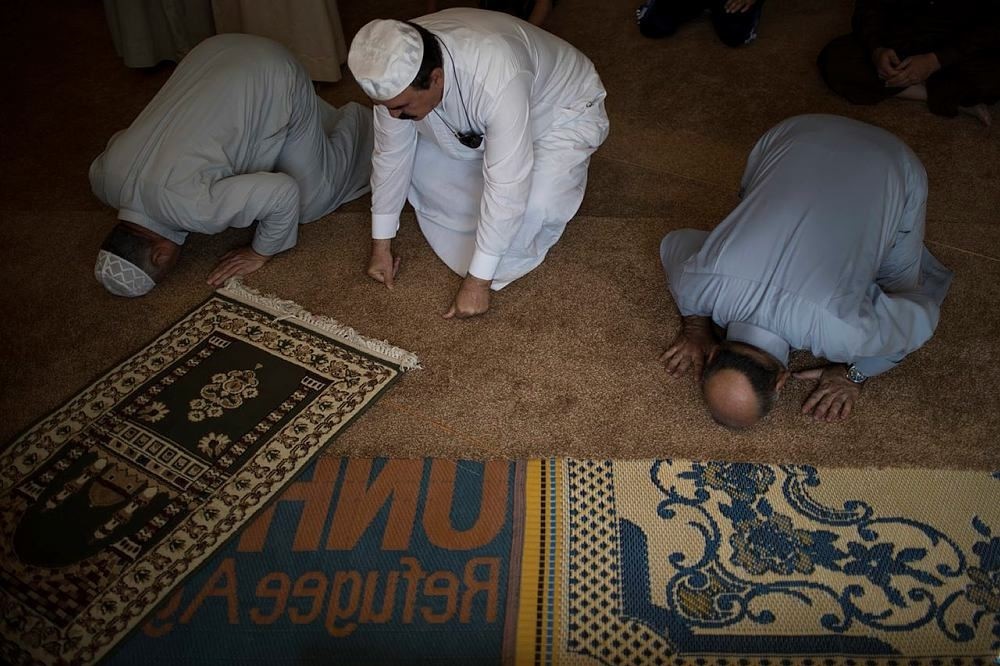 People pray in a mosque built inside a tent in the Yahyawa camp for internally displaced Turkmen on the outskirts of Kirkuk, Iraq, Sunday, Oct. 30, 2016. (AP Photo)

Shiite militiamen have been accused in the past of mistreating civilians in majority-Sunni parts of Iraq that they have "liberated" from Daesh, such as Fallujah and Ramadi.

Tal Afar's Turkmen have been subject to considerable oppression ever since Daesh occupied the city -- along with Mosul -- in mid-2014.

Since then, Tal Afar's population has plummeted from over a half-million to less than 50,000.