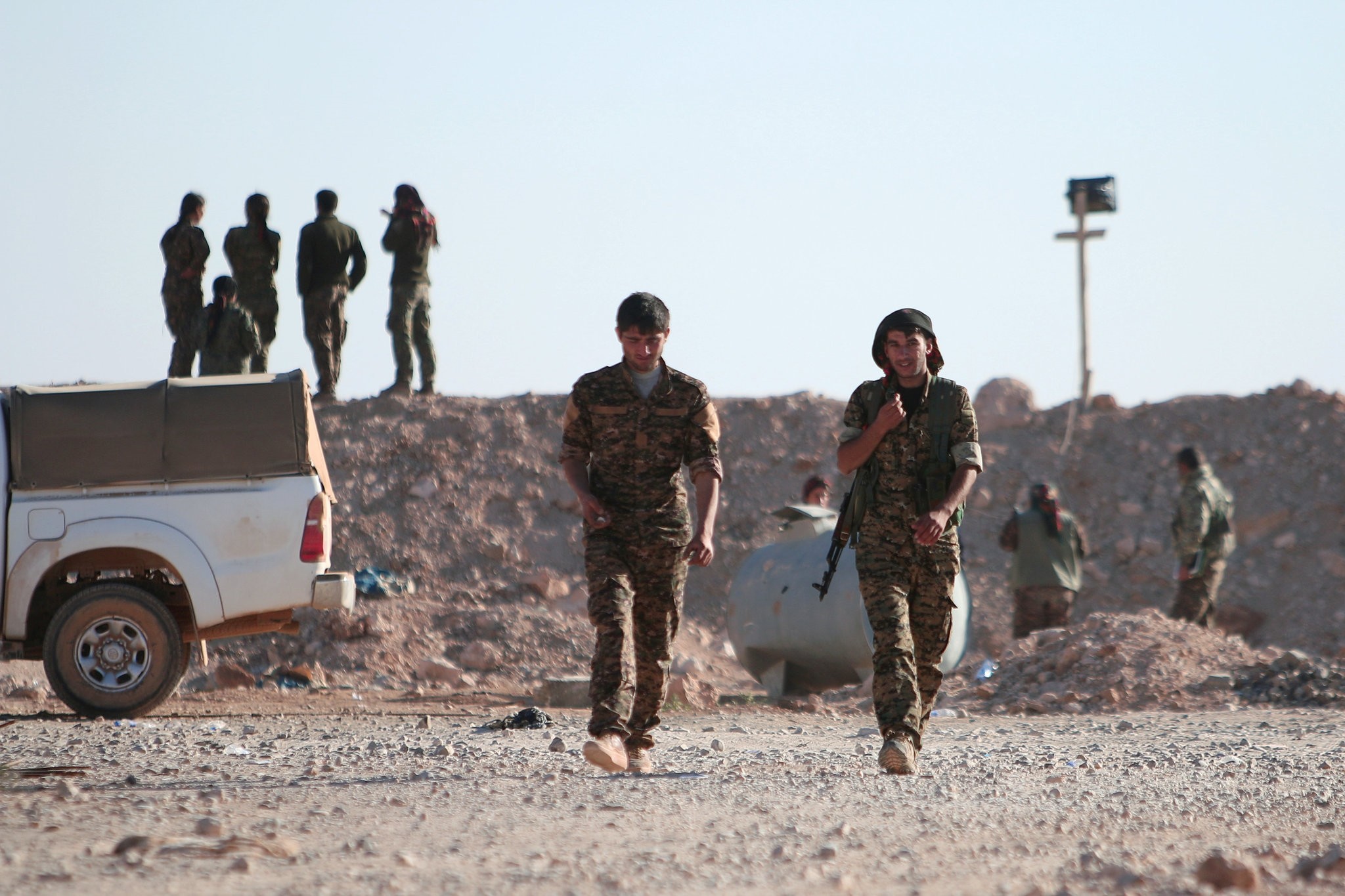 The Syrian Democratic Forces (SDF), which is dominated by terrorists from PKK Syrian affiliate the Democratic Union Party's (PYD) People's Protection Units (YPG), claimed yesterday that it had begun a long-awaited operation to capture the Daesh terror group's so-called capital Raqqa in Syria.

"The major battle to liberate Raqqa and its surroundings has begun," Jihan Sheikh Ahmed, a spokeswoman for the Syrian Democratic Forces (SDF), said at a press conference in Ain Issa, some 50 kilometers (30 miles) north of the terrorist bastion.

The operation, dubbed "The Wrath of the Euphrates," comes as Iraqi forces backed by the U.S.-led coalition press an assault to take the terrorist group's Iraqi stronghold of Mosul.

Ahmed said the fight would involve some 30,000 fighters and had begun on Saturday night. He said the operation planned to free Raqqa from "the forces of global obscurantist terrorism represented by Daesh, which took (the town) for their presumed capital."

SDF spokesman Talal Sello told AFP that the operation would proceed in two phases, "firstly liberating the countryside around Raqqa and isolating the city, and secondly taking control of the city."

Sello also said that Washington has agreed Turkey will play no role in the battle to capture Daesh's Syrian bastion Raqqa. "We have agreed definitively with the (U.S.-led) international coalition that there will be no role for Turkey or the armed factions allied with it in the operation," he said.