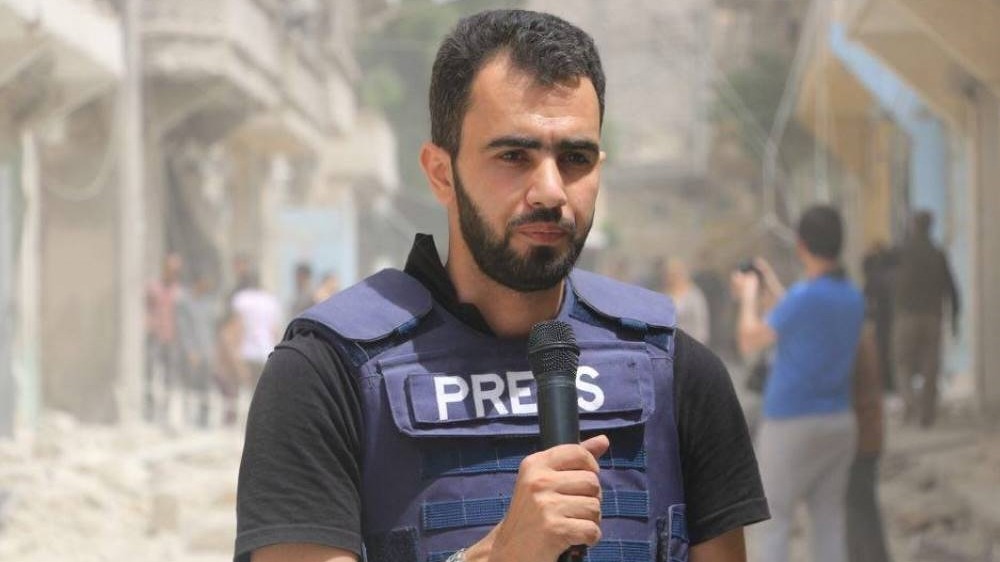 Syrian freelance journalist Hadi Abdullah on Monday won one of the world's top press awards for reporting from some of the most perilous zones in his country's five-year-old war.

Reporters without Borders (RSF) said it was awarding the 29-year-old Syrian the RSF-TV5 Monde prize, the second year running that the honor has gone to a Syrian.

Abdullah "has unhesitatingly ventured into danger zones, where Western journalists are no longer willing to go, to film and interview civilians," RSF said.

Abdullah, who was briefly abducted in January by the Al-Nusra Front group, "has had frequent brushes with death," the press freedom group added.

His cameraman was killed and Abdullah himself was seriously injured when a bomb exploded in the place where they staying.

The award will be presented in Strasbourg Tuesday on the sidelines of the World Forum for Democracy, a meeting organized by the Council of Europe. Abdullah will address the meeting via a video message.

In 2015, the award went to Syrian journalist Zaina Erhaim for her reports from the besieged city of Aleppo.

RSF announced it was giving its "media of the year" prize to the Chinese website 64Tianwang, where citizen-journalists "take considerable risks to inform their fellow citizens" and are subjected to "systematic repression by the Chinese authorities".

In the category of citizen-journalists, RSF honoured Lu Yuyu and Li Tingyu, a couple arrested in June "for having documented strikes and demonstrations by citizens across China."

"We are very happy to award the prize to journalists and media that have demonstrated professionalism and courage in countries where journalists often risk their lives to do their work," RSF Secretary-general Christophe Deloire said.