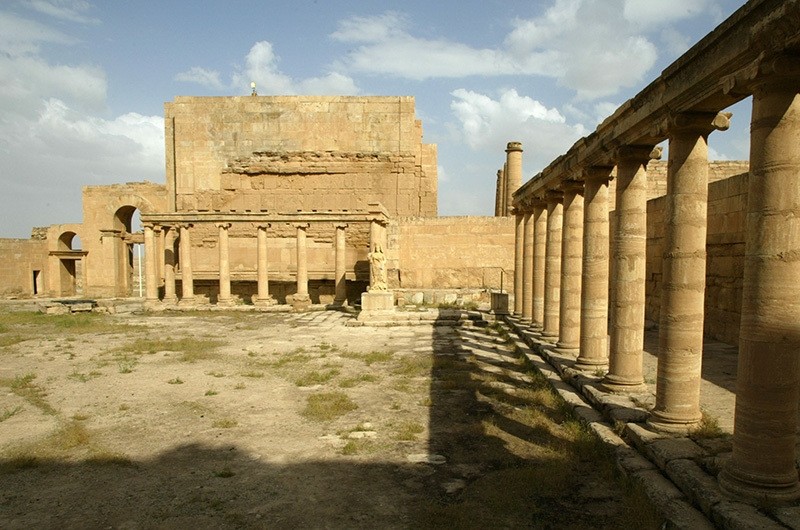 This file photo taken on April 21, 2003 shows the court of the royal palace in the ancient city of Hatra in the desert area in northwest Iraq between Mosul and Samarra (AFP Photo)
by Compiled from Wire Services Nov 13, 2016 12:00 am

The Iraqi military said Sunday that soldiers have recaptured the Nimrud area, home to the site of an ancient Assyrian city that was blown up by the Daesh terrorist group.

"Troops from the Ninth Armoured Division liberated Nimrud town completely and raised the Iraqi flag above its buildings," the statement said. The town of Nimrud lies 1 km (less than 1 mile) west of the ruins of the 3,000-year-old city.

The soldiers also captured the village of Numaniya, on the edge of the city which was once the capital of an Assyrian empire stretching from Egypt to parts of modern-day Iran and Turkey.

The Iraqi government says Nimrud was bulldozed last year as part of Daesh's campaign to destroy symbols which the terrorists consider idolatrous.

Nimrud lies on the eastern bank of the Tigris river, about 30 km (20 miles) south of Mosul where Iraqi soldiers and special forces are battling Daesh for control of the largest city under the terorists' control in Iraq and neighbouring Syria.