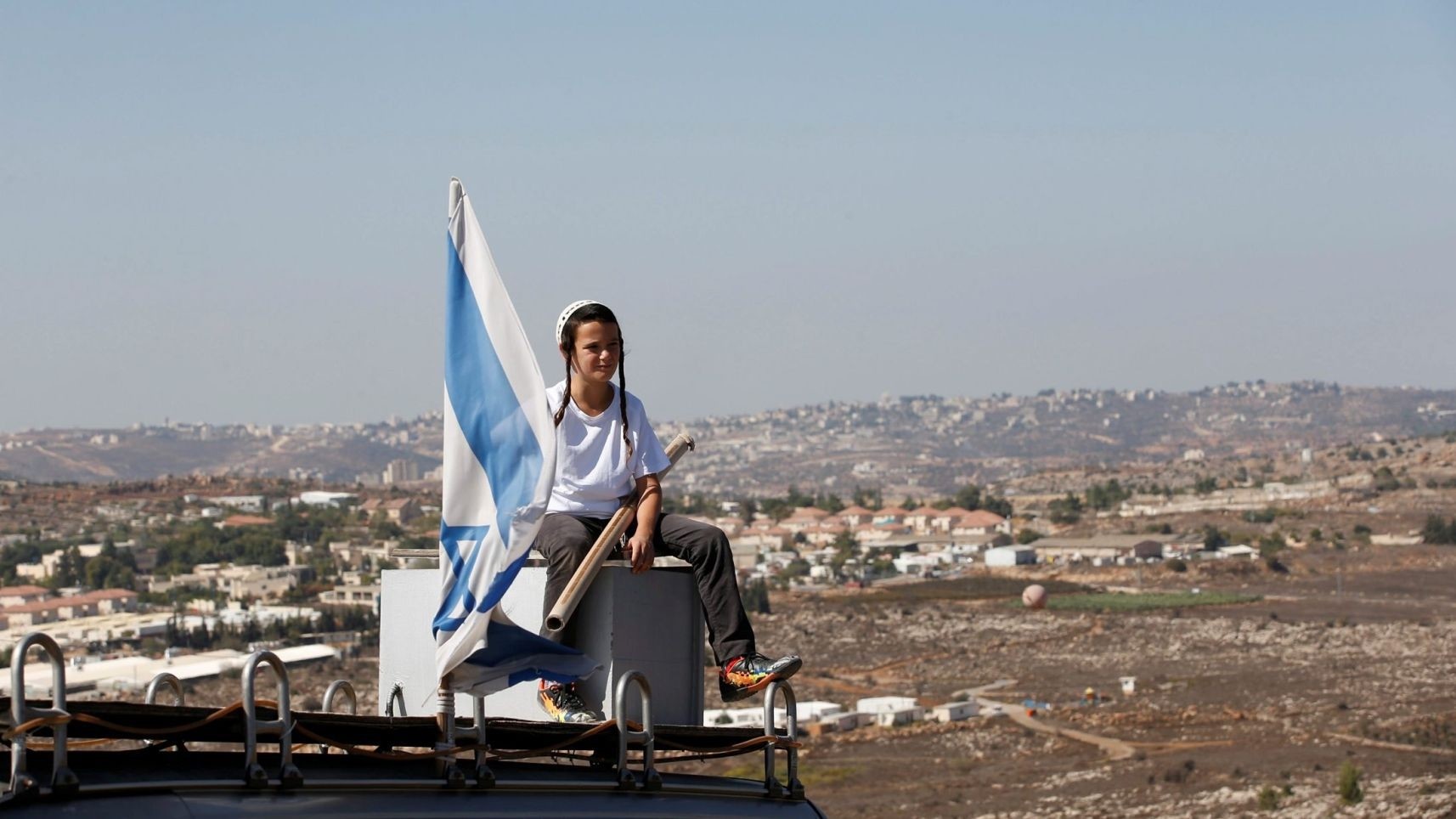 A boy sits on the roof of a vehicle at the entrance to the settler outpost of Amona in the West Bank (Reuters Photo)
by Daily Sabah with AP Nov 13, 2016 12:00 am

Cabinet minister Naftali Bennett, head of the pro-settler Jewish Home party that promoted the bill, said Sunday it marks the "beginning of an historic process."

It still needs to pass several stages before it is adopted.

The bill was in part meant to stop the looming evacuation of the Amona outpost. The Supreme Court has ruled it was built on private Palestinian land and must be demolished by Dec. 25.

Israel occupied the West Bank in the 1967 war and built illegal settlements there soon after. Palestinians demand the territory for a state and view Israeli construction there illegitimate, a position that has wide international support.