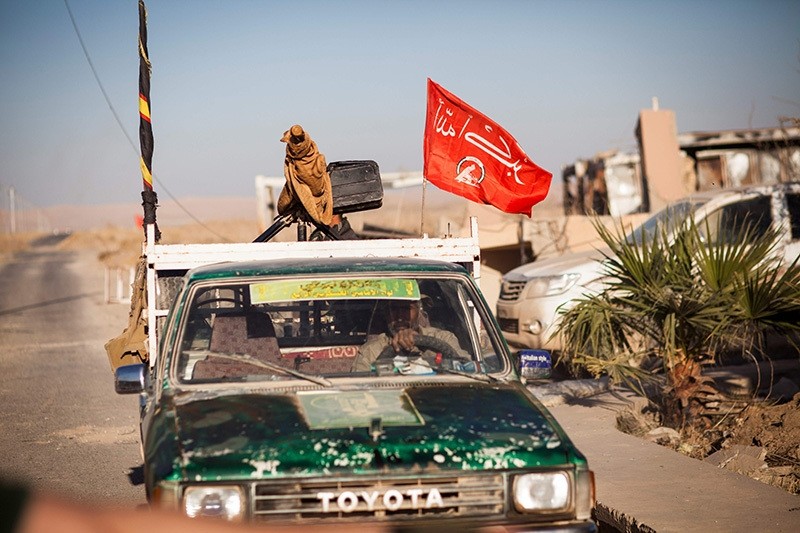 Shiite militias affiliated with the Popular Mobilization Forces (PMF), also known as Hashd al-Shaabi, are closing in on the Turkmen town of Tal Afar even though Ankara has repeatedly expressed its concerns over the issue.

Ankara fears that extremist Shiite militias will slaughter Turkmens and Sunnis in the town once it has taken control of Tal Afar. President Recep Tayyip Erdoğan's aide, presidential spokesman İbrahim Kalın, recently said Ankara has been closely following the developments in and around Tal Afar.

"It has been said that the Hasdh al-Shaabi would not enter Tal Afar. There are recent developments to the contrary," Kalın said, adding that Ankara sent warnings about the matter.

However, Shiite militias took control of the Tal Afar airport over the weekend, which is a couple of kilometers away from the city center. According to sources on the ground, the militias are likely to take full control of the town in the next few days.

Tal Afar's local council urged the central government earlier in November to send troops to clear the city of Daesh elements and protect it from additional threats posed by both the PKK and Hashd al-Shaabi, an umbrella group of Shiite militias.

"If our request isn't met, all options will be put on the table," the statement read. "We will bring our case before the international arena."

The Iraqi central government and Ankara have been exchanging harsh words and ultimatums since the beginning of the Mosul operation due to Ankara's demands from the U.S. that Turkish forces be on the ground.

The presence of Turkish forces in the Bashiqa region, where they train local forces, led to a crisis as well. While the Iraqi government urged Ankara to withdraw its troops, Turkish authorities vehemently opposed it.

Since the Shiite militias are close to seizing Tal Afar, bilateral relations between Ankara and Baghdad are likely to deteriorate.

Tal Afar's Turkmen have been subject to considerable oppression ever since Daesh occupied the city - along with Mosul - in mid-2014.