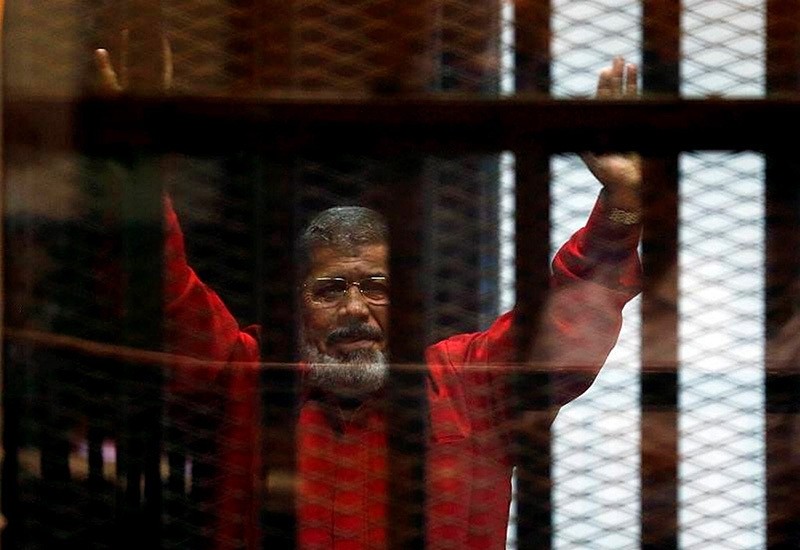 Egypt's highest appellate court on Tuesday overturned a life sentence against the country's first democratically-elected president, Mohammad Morsi, and ordered a retrial. Morsi was overthrown after a military coup led by Egypt's Abdel-Fattah el-Sissi in 2013, for conspiring with Palestinian group Hamas.

Morsi, along with 16 leading members of his Muslim Brotherhood group, were each slapped with a life sentence for allegedly conspiring with Hamas to carry out terrorist attacks. Sixteen Brotherhood leaders were sentenced to death and two others were given seven years in prison in the same case.

Morsi's lawyer and a judicial source confirmed the verdict from the Court of Cassation, Egypt's highest judicial authority. The court ordered a retrial in the case, Morsi's lawyer Abdel Moneim Abdel Maqsoud told Agence France-Presse (AFP), adding: "The verdict was full of legal flaws." The decision was the latest legal victory for the 65-year-old, who has been convicted and sentenced in all cases against him since being removed from office in 2013.

From next Monday, the court is to start reviewing a second life sentence handed down against Morsi in a separate trial on charges of stealing documents relating to national security and handing them over to Qatar, a longstanding supporter of the Muslim Brotherhood.

Last week, the same court overturned a death sentence against Morsi and ordered a retrial on a decision by a lower tribunal against him. The Court of Cassation's ruling last week means that the ousted Morsi would be given a new trial alongside five other leaders of his now-banned Muslim Brotherhood group, whose death sentences in the same case were also quashed. The court also struck down life sentences passed in the same case against 21 Brotherhood members.

Morsi is currently serving out three lengthy jail terms for allegedly "killing protesters" and "spying" for Qatar. He also continues to face charges of "insulting Egypt's judiciary." Like his co-defendants, Morsi maintains that all the charges against him are politically motivated.

Since Morsi's ousting and imprisonment, the Egyptian authorities have launched a harsh crackdown on the Muslim Brotherhood. Morsi, along with another 105 defendants, was given a life sentence for spying for foreign powers, and a death sentence over a mass prison break during the incidents in 2011 that ousted former autocratic president Hosni Mubarak, who ruled Egypt for 30 years.

Morsi was sentenced to death in May 2015 in connection with the mass jailbreak, a sentence that was upheld a month later. A crackdown on Morsi's Muslim Brotherhood followed, with the movement blacklisted, hundreds of its supporters killed and thousands jailed or sentenced to death.

The courts' handling of the cases against Morsi and his supporters, many of whom have been convicted after mass trials lasting just days, has drawn criticism from Western governments, human rights groups and the United Nations, which described the trials as "unprecedented" in recent history.