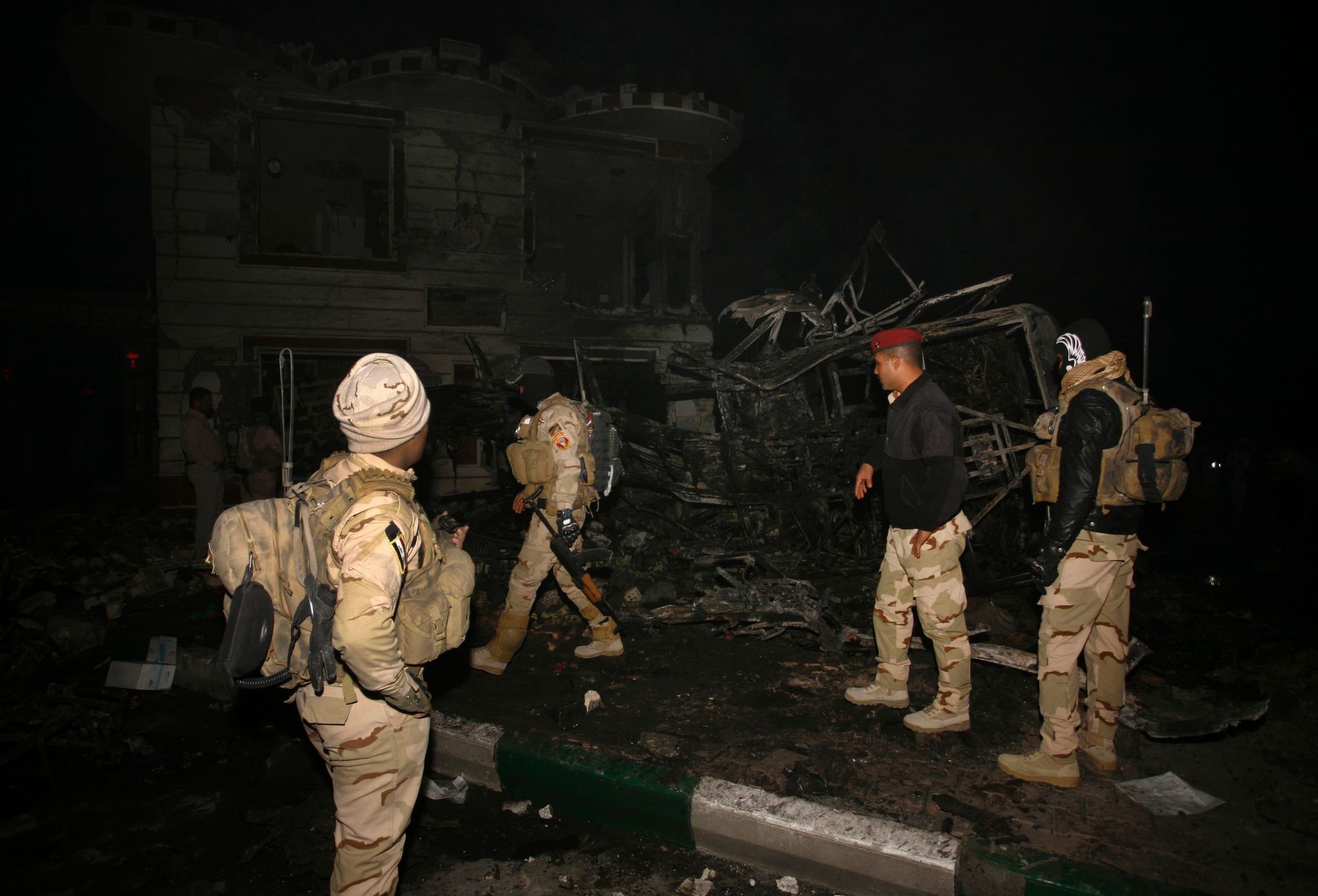 Iraqi security forces inspect the scene of a suicide bombing that targeted Shiite pilgrims returning from the Arbaeen commemoration in Karbala, on November 24, 2016. (AFP Photo)
by French Press Agency - AFP Nov 24, 2016 12:00 am

A suicide truck bomb killed more than 80 people, most of them Iranian Shi'ite pilgrims, at a petrol station in the city of Hilla 100 km (62 miles) south of Baghdad on Thursday, police and medical sources said.

Daesh claimed responsibility the attack in an online statement quoted by the SITE Intelligence Group, the group said a bomber "blew up his vehicle amidst their assembly, inflicting among them more than 200 killed and wounded, including Iranians."

The pilgrims were en route back to Iran from the Iraqi Shi'ite holy city of Kerbala, where they had commemorated Arbaeen, the 40th day of mourning for the killing of Imam Hussein, a grandson of the Prophet Mohammad, in the 7th century AD, the medical sources said.

The gas station has a restaurant in its premises that is popular with travelers. Five pilgrim buses were torched by the force of the blast from the explosives-laden truck, a police official said.

Daesh has intensified attacks over the past month in areas out of its control in efforts to weaken a U.S.-backed military offensive launched on Oct. 17 to retake Mosul, the last major city under Daesh control in Iraq.