Abbas struggles to survive in Fatah amid deep internal division 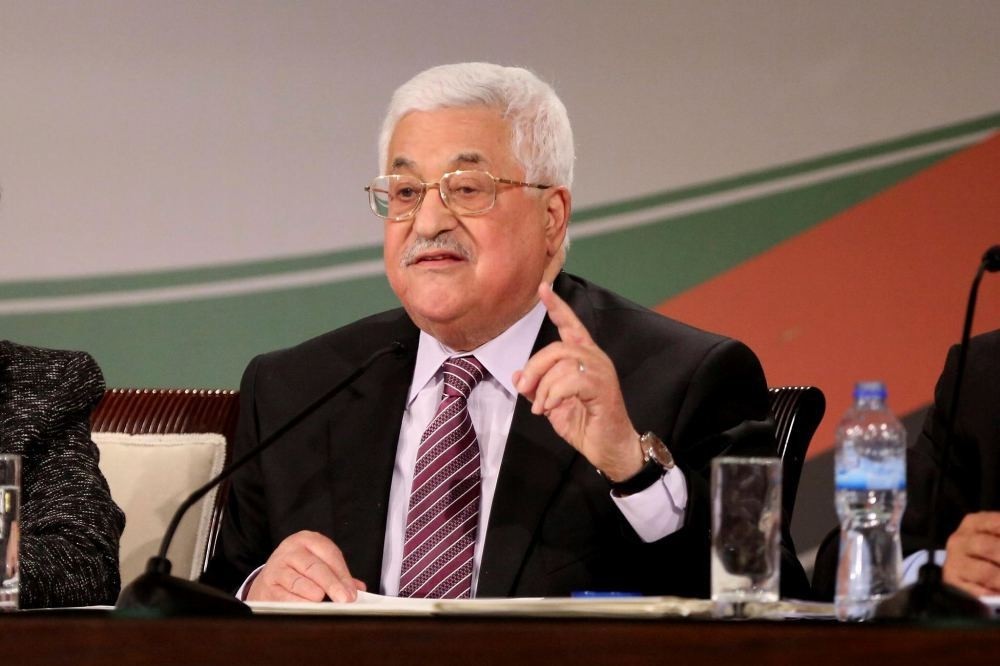 Palestinian President Mahmoud Abbas
by Yusuf Selman İnanç Dec 02, 2016 12:00 am
Immediately before the election for Fatah's presidency in the Palestinian Authority, several media outlets published analyses claiming the decade-serving president Mahmoud Abbas would be replaced with a new and dynamic leader. But Abbas has remained; he was elected again as his many opponents have already been purged.

The delegates, selected by Abbas and his supporters, voted yes as they have done several times since Yasser Arafat's death in 2004.

Palestinian journalist Daoud Kuttab wrote for Al-Jazeera two days before the election saying, "After some delay and speculation over the list of delegates, last week's invitations to some 1,400 delegates were sent out. Many of the new delegates were chosen over the past two years in local primaries throughout the West Bank and Gaza Strip, while others were chosen to represent various unions, institutions, women's rights activists and other membership organizations that normally have internal elections."

Although several Arab countries, including Egypt, the United Arab Emirates (UAE) and Saudi Arabia have been pressuring Abbas to reconcile with Hamas, he did not mention the issue during the congress. Instead, he said nothing different from what he generally says, like addressing the relations with Israel and empowering the popular resistance.

Abbas was comfortable as his main opponent former Palestinian Security Chief Mohammad Dahlan, a UAE-based businessman who allegedly has relations with terror organizations like the Gülenist Terror Group (FETÖ), was absent.

Dahlan is considered to be under the service of the UAE and would be a key player in reconciling with Hamas. Dahlan is a popular figure across the region due to his role in peace talks for Syria in Cairo last March, for participating in a meeting organized by Russian President Vladimir Putin in 2015 and for regularly appearing on television, presenting himself as a man who can save the region.

His animosity against Turkey is clear as he attacks Turkey and President Recep Tayyip Erdoğan at every opportunity. It is clear that Dahlan is supported by the UAE and Egypt, both of whom are disappointed with Turkey's active role in the region. Dahlan received Serbian citizenship in 2013 after promising Belgrade to bring millions of dollars' worth of investment.

In Feb. 2015, Ivica Dacic, then Serbia's Foreign Minister, confirmed that Serbia had granted Dahlan citizenship in 2013. Dahlan reportedly promised Serbia millions of dollars in investments from the United Arab Emirates, where he had been living since 2011, Balkan Insight reported last July.

Some Turkish media outlets claimed that Dahlan was also involved in the July 15 coup attempt, orchestrated by FETÖ members. Egypt had released statements immediately after the coup, ensuring FETÖ members that they can take refuge in Egypt. This brings about the question of whether Dahlan and Egypt's autocratic regime are cooperating against Turkey. Besides, his TV channel Gad al-Arabi, operating in Egypt, has decorated Egyptian billboards with Erdoğan's posters, depicting him as a sultan. After the July 15 coup attempt in Turkey the FETÖ leader Fetullah Gülen gave an interview to the channel. Although Abbas' possible successor is not a democratic and transparent one, a change within the Palestinian Authority and Fatah is necessary, critics say.

Hundreds of Palestinians on social media expressed their disappointment with the re-election of Abbas. Even pro-Fatah people said he should have left the post. Being aware of the pressure coming from both inside and outside, Abbas made a proposal after the congress to Hamas, which rules the Gaza Strip, offering to create a temporary unity government. He sent an invitation to Hamas members, calling for negotiations to end their disputes.

"Our national unity is our safety valve, and I call on Hamas to end the division," he said in the party conference. "There will not be a Palestinian state without Gaza."

Hamas leader, Khaled Mashal responded positively and said he was ready to cooperate. Yet, a unified Palestine is unlikely as Hamas and Fatah have a bloody history and both sides have imprisoned dozens for having links with the rival party. In 2007, when Hamas won elections in Gaza and ended Fatah's rule, deadly clashes occurred between the two parties' sympathizers. Moreover, Hamas is considered a terror organization by the U.S. and Israel, while Fatah is the most favored Palestinian faction. In the case of unification, Israel's and the U.S.'s reactions are uncertain.
RELATED TOPICS