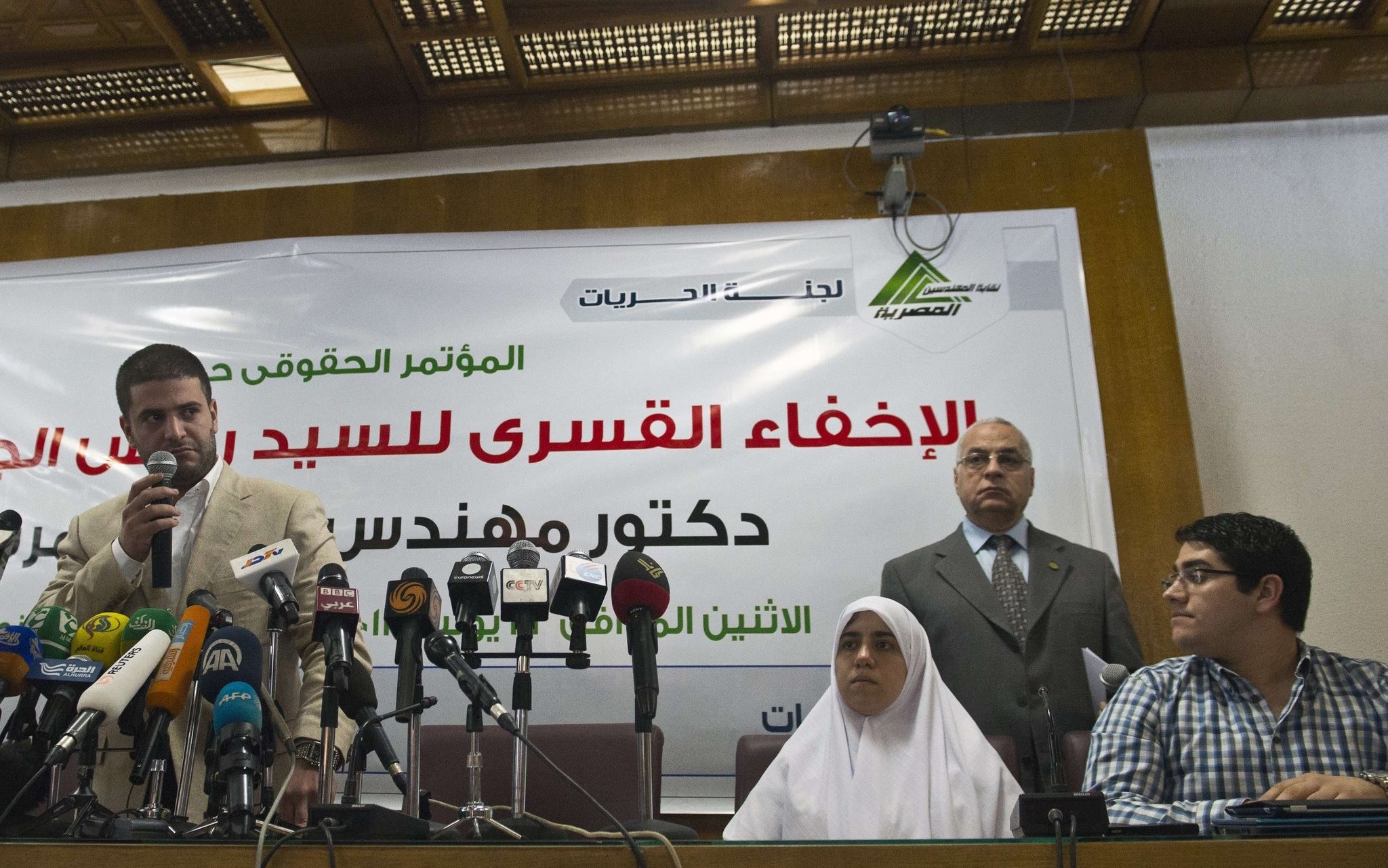 Osama, one of Morsi's five children, was arrested in his father's Nile Delta hometown of Sharkia, the paper added, citing unnamed security officials.

A spokesman for the Muslim Brotherhood condemned what he called the "abduction" of Osama, who is a lawyer.

On Monday, the Morsi family has called on the United Nations to intervene to prevent alleged violations of Morsi's human rights by the Egyptian authorities. Family members said they have been prevented from visiting the former president in prison since late 2013.

Egypt's first-ever freely elected president, Morsi was ousted and imprisoned by the Egyptian military during a military coup carried out in mid-2013.

He also continues to face charges of "insulting Egypt's judiciary".

Like his co-defendants, Morsi maintains that all the charges against him are politically motivated.