Iran aims to develop nuclear-powered vessels after US reconduct sanctions 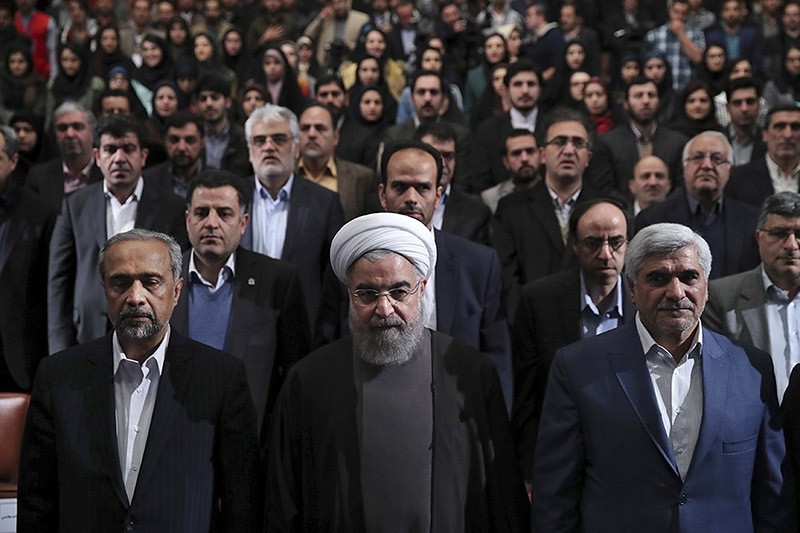 Iran's President Hassan Rouhani on Tuesday ordered the country's scientists to start work on nuclear-powered ships in response to the expected renewal of sanctions by the United States.

In letters read out on state television, Rouhani criticised the US move as a breach of last year's nuclear accord and told Iran's Atomic Energy Organisation to start work on "planning the design and production of nuclear fuel and reactors for maritime transport."

The president said he had also ordered the foreign ministry to prepare a legal complaint to the international committee that oversees the nuclear accord.

Under the deal signed in July 2015, world powers agreed to lift international sanctions in exchange for curbs to Iran's nuclear programme.

But US lawmakers recently voted to renew 10-year-old sanctions legislation against Iran related not just to nuclear issues, but also ballistic missile-testing and human rights.

President Barack Obama is expected to sign the measure into law in the coming days, saying it makes no difference to last year's agreement because the White House will continue to suspend all the sanctions linked to Iran's nuclear programme.

Iranian lawmakers had raised the prospect of building nuclear-powered ships and submarines back in 2012 at the height of tensions with the international community over the nuclear programme.

International analysts said the announcement was likely just a bluff, since it would be an extremely costly effort for little strategic gain.

Then nuclear chief Fereydoon Abbasi Davani said that Iran had the capacity to design nuclear reactors for ships but no plans to do so.

He also said that nuclear-powered ships did not require the sort of highly enriched uranium which could also be used for weapons.

Iran has always insisted that its nuclear programme was entirely peaceful, but hoped an end to sanctions would help revive its battered economy.

Although it has seen a significant boost in oil sales since the deal came into force in January, its hopes of attracting large-scale foreign investment have been thwarted by continuing US sanctions in other areas.

The biggest problem lies with world banks, which are needed to finance the bigger trade deals but remain wary of returning to Iran, fearing they could be fined by Washington.

The Iran Sanctions Act passed the US Senate 99-0 earlier this month after easily clearing the House of Representatives in November.

The language in the nuclear agreement makes it unclear whether renewing the sanctions -- and keeping the nuclear ones suspended -- amounts to a violation.

"Some of the sections of the JCPOA should have been written with more precision to stop differing interpretations," Larijani said.

Rouhani, who is expected to run for a second term in May, has faced a barrage of criticism from conservatives who say his team made too many concessions for minimal economic gain.

In a speech last week, he emphasised that his team had not acted alone and that supreme leader Ayatollah Ali Khamenei was closely involved at every stage of the negotiations.

"We took no step on the JCPOA issue without consulting the honourable leader," Rouhani said.