Israeli officials to ignore Swedish FM's visit to their country 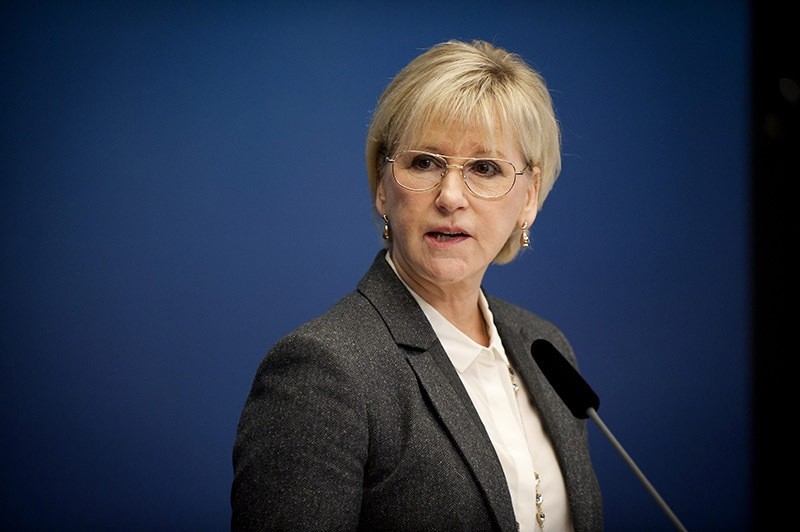 No Israeli officials will meet with Sweden's foreign minister during her trip to the region, a spokesman said Tuesday, after she called for a probe into the killings of Palestinian assailants.

Erik Wikenstrom, spokesman for Swedish foreign minister Margot Wallstrom, said that she had wanted to meet both Israeli and Palestinian officials during her visit from Thursday to Saturday.

"This time it was not possible to visit Israel," Wikenstrom said.

Asked why there were no meetings planned, he said such questions must be "asked to the Israelis".

Earlier, Wallstrom told Swedish news agency TT, "I would have gladly seen myself travel to Israel as well, but unfortunately they do not welcome it."

There is no international airport in the Palestinian territories. Wikenstrom declined to comment on whether Wallstrom would fly to an Israeli airport and then travel to the occupied West Bank or go via Jordan.

She was not denied entry to Israel, he said.

In January, Israel's deputy foreign minister Tzipi Hotovely said Wallstrom would no longer be welcome in the country after she called for investigations into the killings of Palestinian assailants by Israeli forces.

Israeli forces have faced accusations that they used excessive force in some cases in which knife-wielding Palestinians were killed.

A wave of Palestinian knife, gun and car-ramming attacks erupted in October 2015, but the violence has greatly subsided in recent months.

Since October 2015, 242 Palestinians, 36 Israelis, two Americans, a Jordanian, an Eritrean and a Sudanese have been killed, according to an AFP count.

Wallstrom has repeatedly enraged Israel, starting with Sweden's recognition of a Palestinian state shortly after she became foreign minister in October 2014.