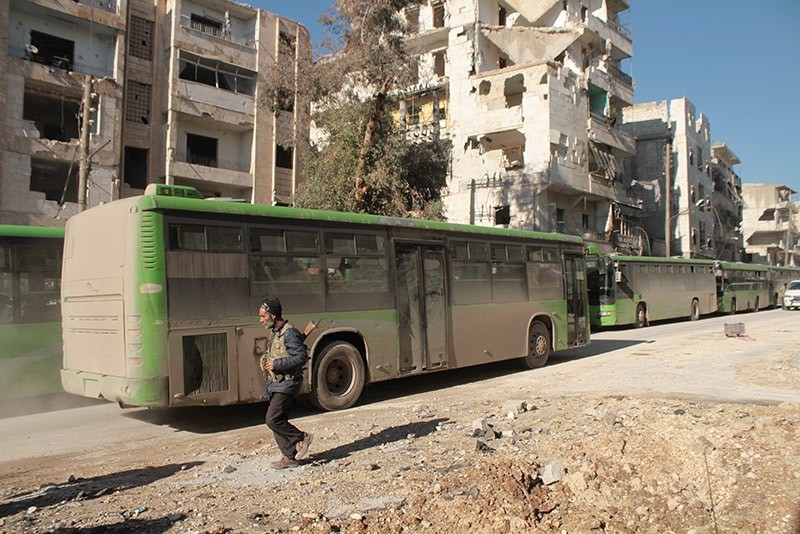 At least 14 civilians who were among the group of hostages abducted by Iran-backed foreign fighters have been killed in Aleppo on Friday.

Later, the civilian group was reportedly released and returned to the besieged, opposition-held pocket in eastern Aleppo.

Assad regime officials announced earlier on Friday that the operation for the evacuation of civilians and opposition fighters from east Aleppo in Syria had been suspended.