Peace process would be destroyed if US moves embassy to Jerusalem: Palestinians 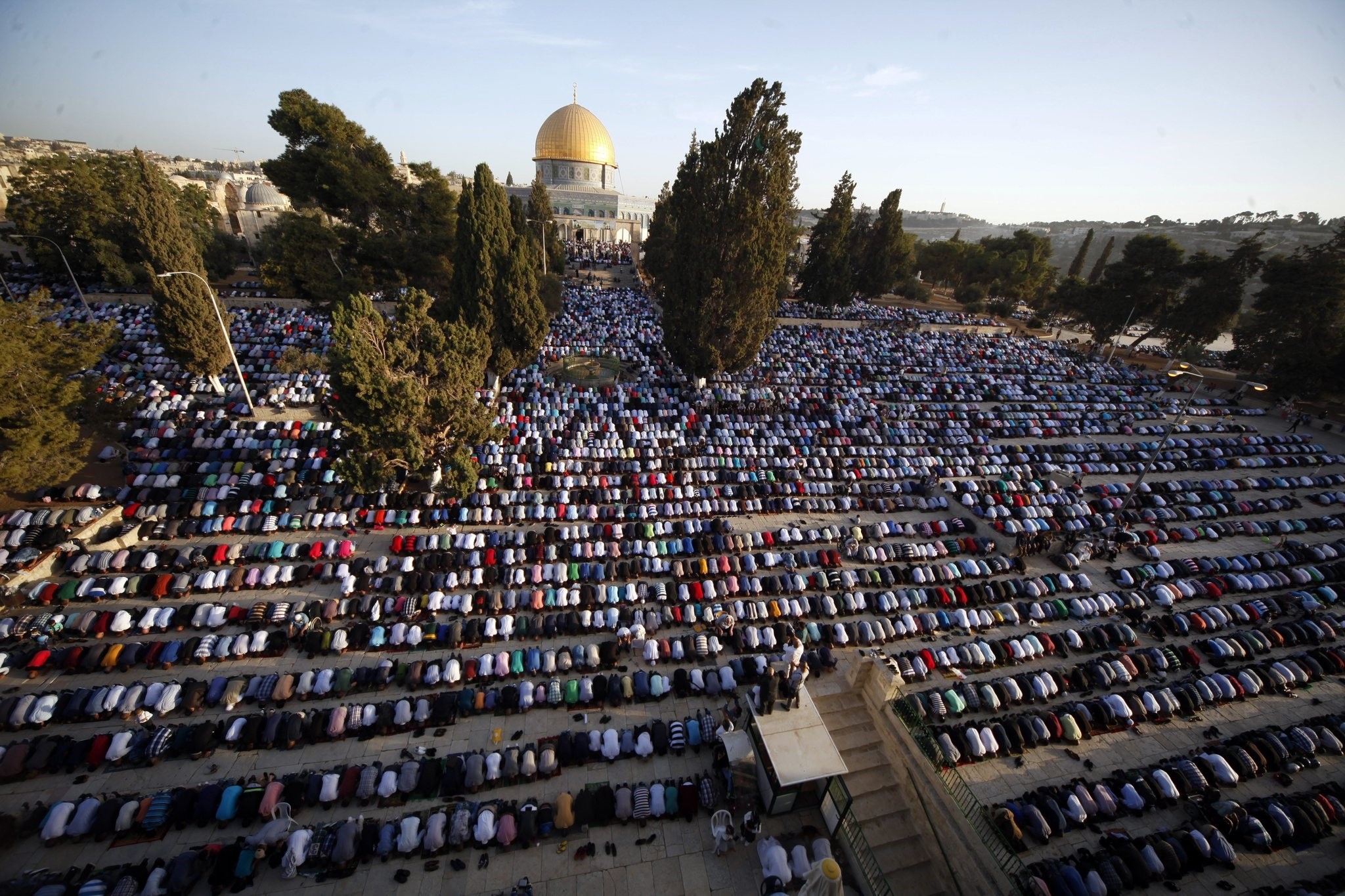 Palestinians pray during the Muslim holiday of Eid al-Adha, near the Dome of the Rock Mosque in the Al Aqsa Mosque compound. (AP Photo)
by Dec 16, 2016 12:00 am

A senior Palestinian official warned US President-elect Donald Trump Friday that keeping his word and moving the American embassy to Jerusalem would destroy prospects of a peace process with Israel.

Jerusalem was a final-status issue to be negotiated between Israel and the Palestinians, secretary general of the Palestine Liberation Organisation Saeb Erekat told journalists, and making a decision on it now "will be the destruction of the peace process".

Erekat's remarks came a day after Trump announced his decision to nominate David Friedman, a supporter of Israeli settlements who said he looked forward to working for peace "from the US embassy in Israel's eternal capital, Jerusalem".

Friedman's nomination was welcomed by Israeli Prime Minister Benjamin Netanyahu and members of his rightwing government.

Erekat warned of the potential outcome of moving the embassy and a change in the "longstanding position" of the US that considers "the settlements as illegal".

"I look David Friedman and Trump in the eye and tell them -- if you were to take these steps of moving the embassy and annexing settlements in the West Bank, you are sending this region down the path of something that I call chaos, lawlessness and extremism," he said.

Pushed on whether he thought Trump would indeed move the embassy and allow the annexation of West Bank settlements, Erekat said: "I don't think they will do it."

"The United States at the end of the day is a country of institutions, and they are guided by their national interests," he said.