Iraq’s Saddam shouldn’t have been toppled by the US, ex-CIA analyst says 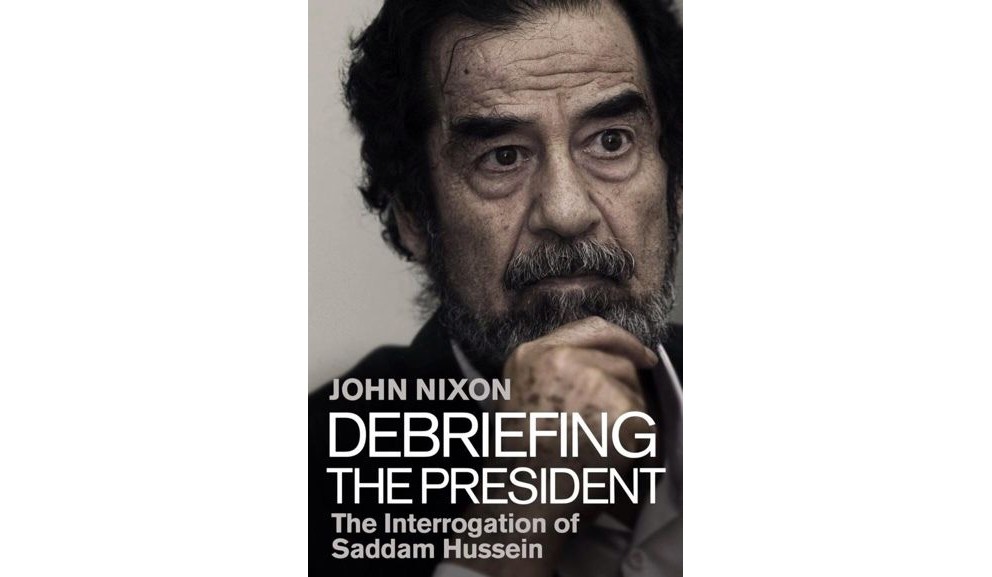 Former CIA agent John Nixon, who interrogated Iraq's late dictator Saddam Hussein, claimed in his new book that the U.S. misinterpreted Saddam's role in Iraq, and he could have been more useful to provide stability in Iraq and curb extremist movements if he were left in power or kept alive after his capture for a transition period.

Nixon made the comments in in his book "Debriefing the President: The Interrogation of Saddam Hussein," which is to be released on Dec. 30, on the tenth anniversary of Saddam's death by hanging. However, excerpts from the book were already published on U.S.-based Time magazine and British newspaper Daily Mail over the weekend. 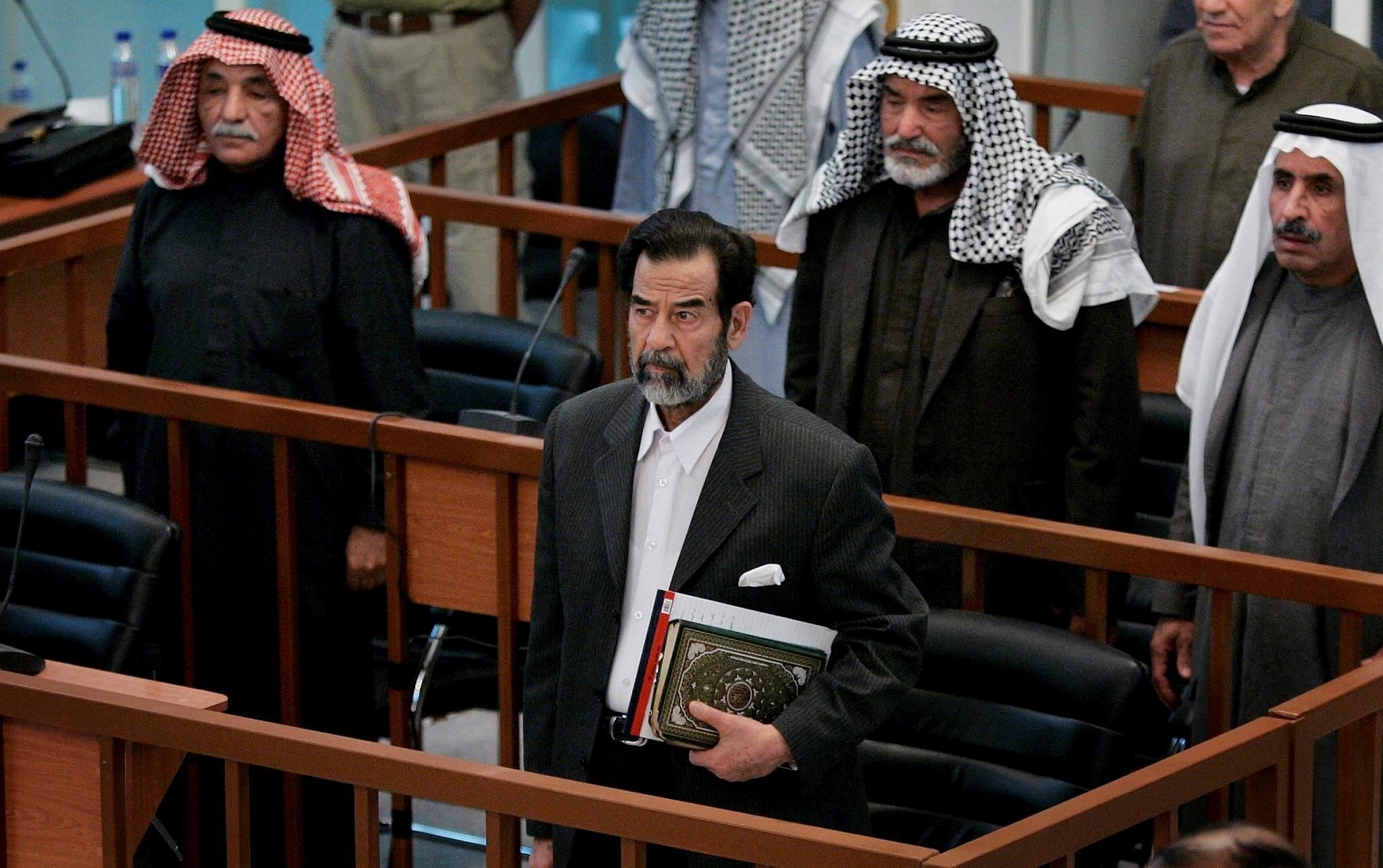 In his book, Nixon argues that the U.S. institutions and Bush administration were wrong in thinking that Saddam's capture would have ended the Iraq's Baathist insurgency which started after the invasion, just like their wrong presumption of toppling Saddam and Baath regime would have brought peace to Iraq.

Reminding that Saddam was able to keep Iraq together by using brutal force, Nixon says the country is now devastated by sectarian conflict while Daesh terrorists are still controlling large swathes of territory despite their setbacks since the summer of 2014. He underlines that Saddam and his security apparatus considered extremists as their biggest enemy.

Nixon also states that Iraq, which has transformed into a "junior partner to a much emboldened Iranian regime" since 2003, was more or less a balancing force against Iran under Saddam's rule.

Nixon claims that the U.S. during Bill Clinton's presidency committed itself for a regime change in Iraq, which was signed into law with the Iraq Liberation Act of 1998, rather than more constructive efforts to prompt the regime to establish a better dialogue with the world and its own people, paving the way for a smooth transition of power. 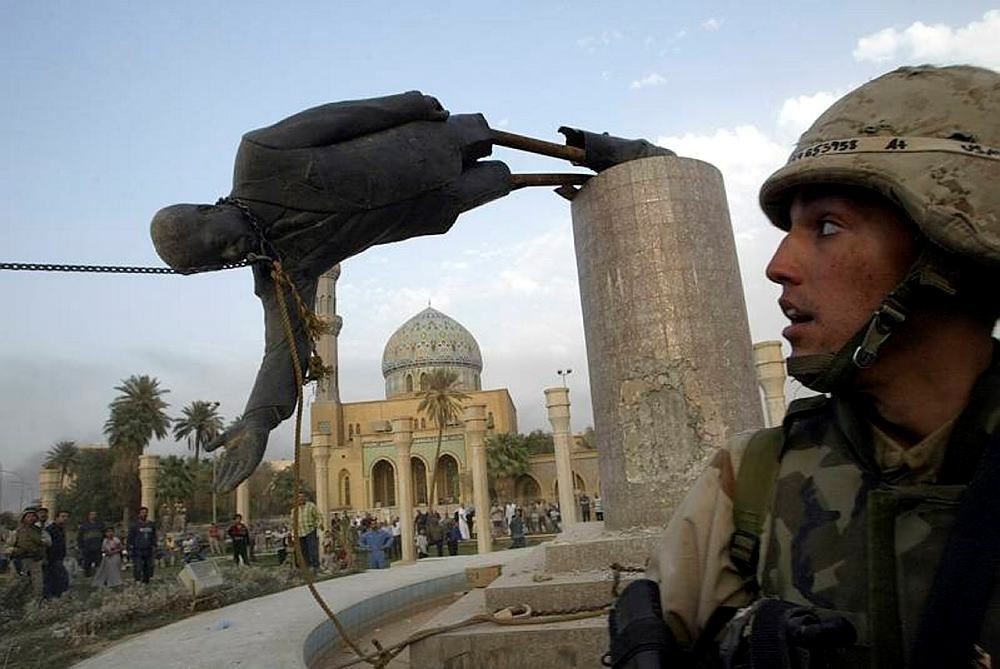 As a clear sign of failure of the U.S. invasion's goals, the highest estimates put the death toll in Iraq since the invasion over a million people as the country has been repeatedly devastated by insurgencies against U.S. troops and Shiite-dominated Iraqi governments, in addition to sectarian and ethnic conflicts. Critics of the invasion say that the death toll could have been much smaller if Iraq remained under Saddam's rule despite his brutal suppression of opponents.

However, in addition to imposing terror on its own people, Saddam's Iraq invaded sovereign nations twice. The invasion of Iran in 1980 and subsequent war that lasted eight years caused well over a million military and civilian deaths, coupled with a huge economic burden on both countries.

After brutally suppressing Kurdish and Shiite opposition, Saddam set his eyes on oil-rich Kuwait in 1990, a much easier prey than Iran for his aims of dominating the Arab world and covering the economic losses from the previous war. This proved to be very costly for Iraq as it was driven out of Kuwait by an international coalition after a resolution demanding Iraq's withdrawal on was passed unanimously at the UN Security Council, setting basis for later measures such as embargos and limitations on movement of its armed forces. Iraq's civilian infrastructure and oil industry was heavily damaged during the Coalition's campaign, causing major problems in daily life and economy. Food and medicine shortages caused by embargos targeting the Baath regime are also estimated to have killed thousands of people. Proponents of the U.S. invasion in 2003 say that the world and the region was cleared of the threat posed by Saddam.