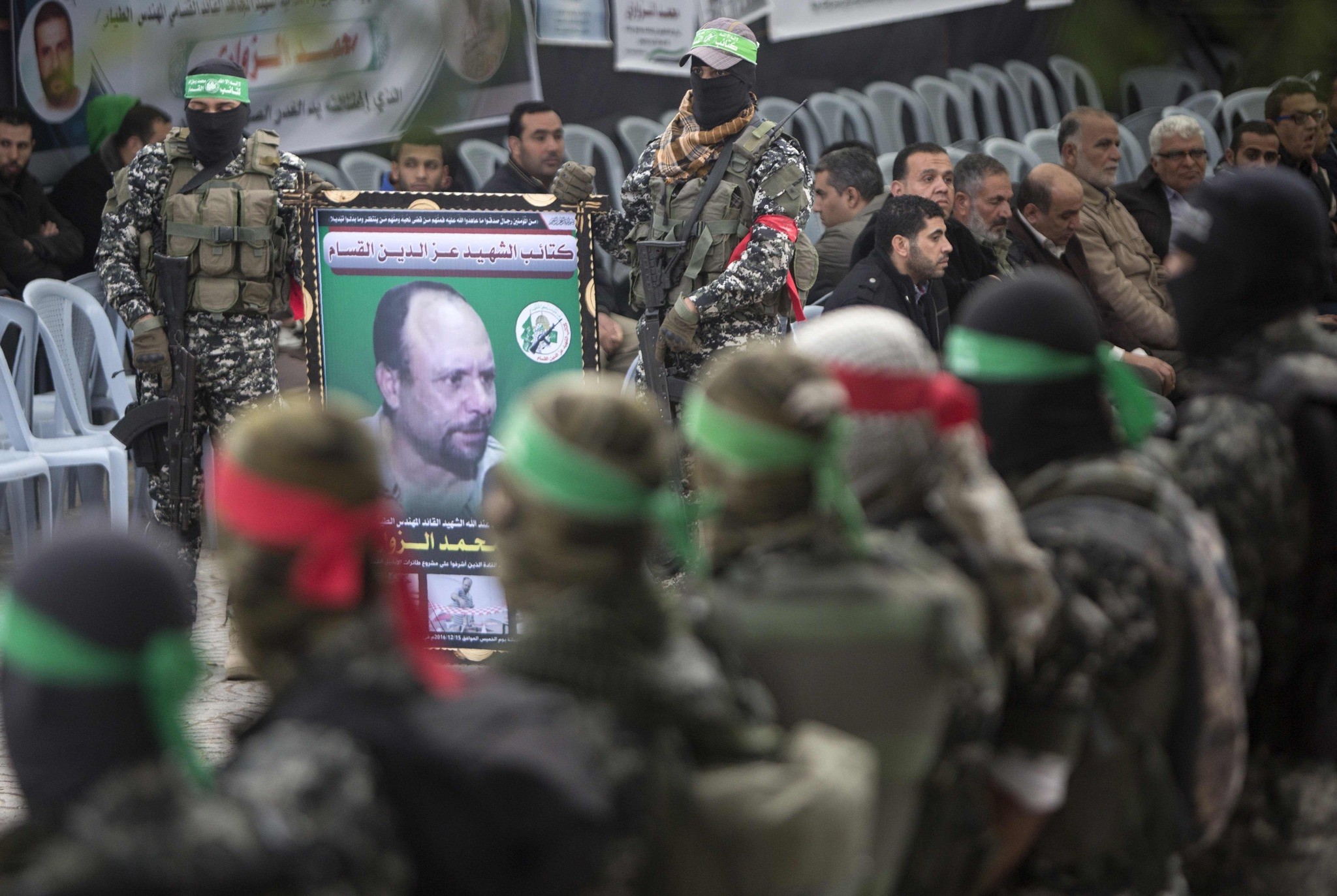 Members of the Ezzedine al-Qassam Brigades hold a banner bearing a portrait of one of their leaders, Mohamed Zaouari. (AFP Photo)
by Dec 18, 2016 12:00 am

The Tunisian government on Sunday said that foreigners were behind the murder of a Tunisian engineer, after the Palestinian resistance group Hamas said Israel was behind his death.

"The investigations concerning the assassination of Tunisian citizen Mohamed Zaouari and the latest findings have proven that foreign elements were involved," the government said on its Facebook page.

It did not give further details, but said it was "determined to protect all Tunisian citizens and to pursue those guilty of carrying out assassination inside and outside" the country.

Zaouari, a 49-year-old engineer, was murdered at the wheel of his car outside his house in Tunisia's second city, Sfax, on Thursday.

He was buried on Saturday.

Al-Qassam Martyrs Brigade, the armed wing of Hamas that controls the Gaza Strip, said on Saturday Zaouari was a drone expert and was killed by "Zionist treachery", referring to Israel.

It said Zaouari had worked for the "resistance" for 10 years.

Israel has made no comment about the Hamas accusation.

The Tunisian deputy prosecutor general, Mourad Turki, has said that eight suspects have been arrested in connection with Zaouari's death and that all of them are Tunisian citizens.