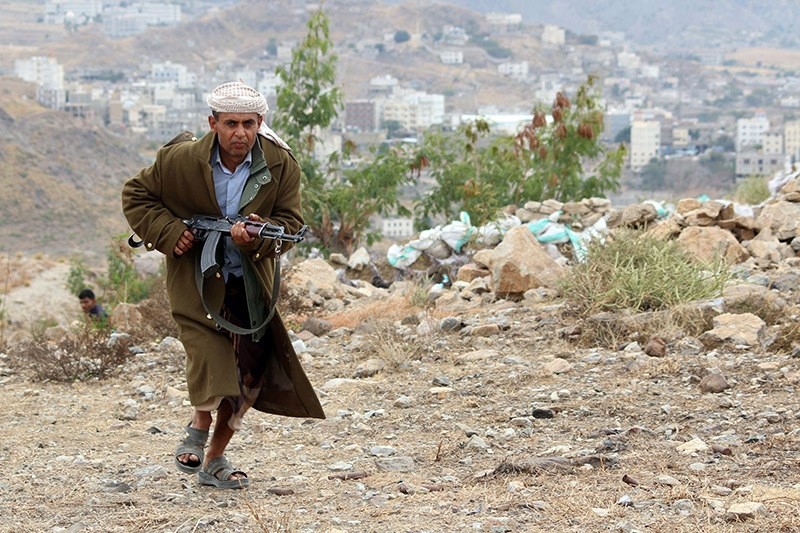 A Yemeni tribesman from the Popular Resistance Committee, supporting forces loyal to Yemeni President Abedrabbo Mansour Hadi, in Taez, Yemen on Dec. 19, 2016. (AFP Photo)
by Dec 20, 2016 12:00 am
At least 22 people were killed in clashes between government forces and rebels on the outskirts of the flashpoint city of Taez in southwest Yemen, military sources said Tuesday.

The fighting late Monday north of Taez, held by loyalists but partly surrounded by Shiite Houthis and their rebel allies, left at least 14 rebels and eight soldiers dead, they said.

In the north, two loyalist officers were killed in clashes around the Red Sea port town of Midi, the sources said, while a rights activist said a 13-year-old girl died when a shell fired by rebels crashed into her home in the southern province of Dhaleh.

The Houthis overran the capital Sanaa and other parts of the impoverished country in September 2014, prompting a Saudi-led Arab military coalition to intervene six months later in support of President Abedrabbo Mansour Hadi.