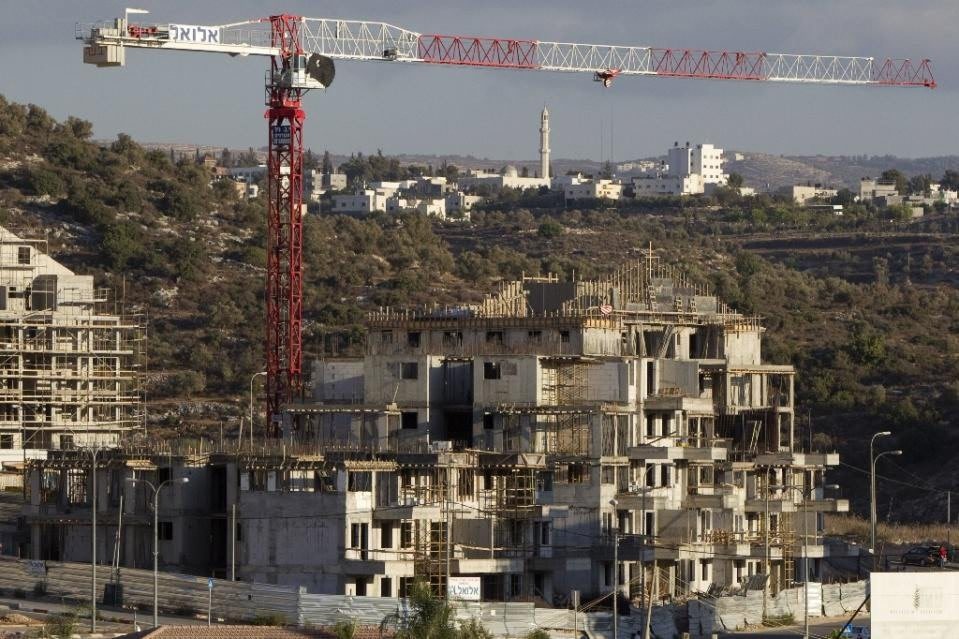 The UN Security Council on Thursday postponed a vote on a draft resolution demanding that Israel halt its settlement activities as U.S. President-elect Donald Trump weighed in and said the U.S. should veto the measure.

Egypt requested the delay to allow time for consultations, but no new time or date for the vote was scheduled. Diplomats said it could happen on Friday.

Egypt circulated the draft late Wednesday and a vote was initially scheduled for Thursday.

The move prompted immediate calls from Israeli Prime Minister Benjamin Netanyahu for the United States to use its veto power at the Security Council to block the resolution.

A similar resolution was vetoed by the United States in 2011, and it remained unclear whether Washington would take a different approach this time, possibly abstaining to allow the measure to pass, but without US support.

Trump, who campaigned on a promise to recognize Jerusalem as Israel's capital, said in a statement that Washington should use its veto to block the resolution.

"The resolution being considered at the United Nations Security Council regarding Israel should be vetoed," the Republican said in a statement.

"As the United States has long maintained, peace between the Israelis and the Palestinians will only come through direct negotiations between the parties, and not through the imposition of terms by the United Nations," he said.

"This puts Israel in a very poor negotiating position and is extremely unfair to all Israelis," Trump added.

Israeli settlements are seen as major stumbling block to peace efforts as they are built on land the Palestinians see as part of their future state.

The United Nations maintains that settlements are illegal, but UN officials have reported a surge in construction over the past months.

Some in the Israeli government view Trump's victory as an opportunity to expand settlements in the West Bank, Palestinian land occupied by Israel for nearly 50 years.

Trump has chosen as ambassador to Israel the hardliner David Friedman, a man who has said Washington will not pressure Israel to curtail settlement building in the occupied West Bank.

The draft resolution demands that "Israel immediately and completely cease all settlement activities in the occupied Palestinian territory, including East Jerusalem."

It states that Israeli settlements have "no legal validity" and are "dangerously imperiling the viability of the two-state solution" that would see an independent state of Palestine co-exist alongside Israel.

The text stresses that halting settlements was "essential for salvaging the two-state solution, and calls for affirmative steps to be taken immediately to reverse the negative trends on the ground."

UN diplomats have for weeks speculated as to whether the administration of President Barack Obama would decide to refrain from using its veto to defend its closest ally in the Middle East.

Obama's administration has expressed mounting anger over Israeli settlement policy and speculation has grown that he could launch a final initiative before leaving.

Under Netanyahu's government, settlement construction has surged with some 15,000 settlers moving into the West Bank over the past year alone.

Israel's Ambassador to the United Nations described the proposed measure as the "peak of hypocrisy" arguing that it will "only reward the Palestinian policy of incitement and terror."

The measure calls for "immediate steps" to prevent acts of violence against civilians, but does not specifically single out the Palestinians to stop incitement, as demanded by Israel.

"We expect our greatest ally not to allow this one-sided and anti-Israel resolution to be adopted by the council," Ambassador Danny Danon said in a statement.

The United States joined the European Union, the United Nations and Russia in calling for a halt to Jewish settlements in a report released in October by the so-called diplomatic Quartet on the Middle East.

The report was to serve as the basis for reviving the Israeli-Palestinian peace process which has been comatose since a US initiative collapsed in April 2014.

France set January 15 as the date for an international conference to re-launch the peace process and "reaffirm the necessity of having two states," Foreign Minister Jean-Marc Ayrault said.