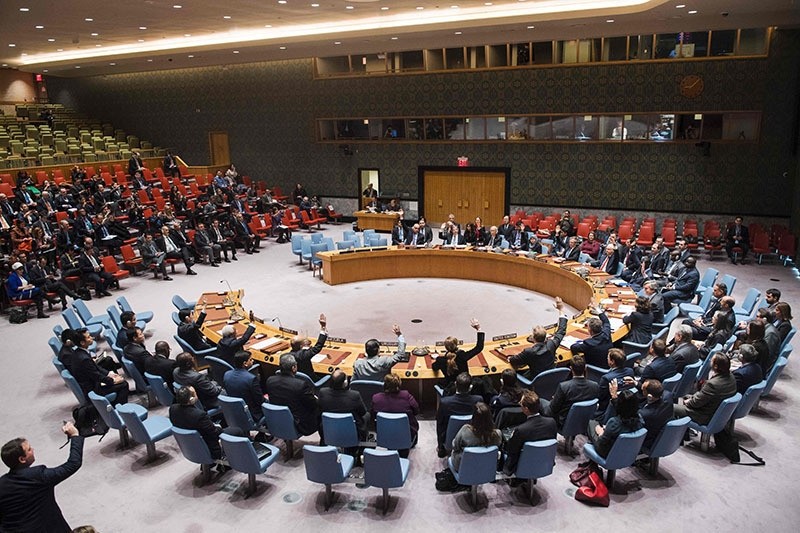 The United Nations Security Council is due to vote on Thursday on a draft resolution that would demand that Israel "immediately and completely cease all settlement activities in the occupied Palestinian territory, including East Jerusalem."

Egypt circulated the draft late Wednesday and a vote was scheduled for 3 pm (2000 GMT) on Thursday.

Israeli settlements are seen as major stumbling block to peace efforts as they are built on land the Palestinians see as part of their future state.

The United Nations maintains that settlements are illegal and has repeatedly called on Israel to halt them, but UN officials have reported a surge in construction over the past months.

Israeli Prime Minister Benjamin Netanyahu called on the United States to use its veto to block the measure.

"The US should veto the anti-Israel resolution at the UN Security Council on Thursday," Netanyahu tweeted.

The White House declined to comment. Some council diplomats hope President Barack Obama, who has had a rocky relationship with Israeli Prime Minister Benjamin Netanyahu, may allow Security Council action by abstaining on the vote.

A resolution needs nine votes in favor and no vetoes by the United States, France, Russia, Britain or China to be adopted.

U.N. diplomats see the resolution as a final chance for council action on the Middle East before Republican President-elect Donald Trump succeeds Democrat Obama on Jan. 20. Trump has signaled he would support Israel in a number of critical areas and not pressure it to engage in talks with the Palestinians.

Obama's administration has been highly critical of Israeli settlement construction in the occupied West Bank and East Jerusalem. U.S. officials said this month, however, that Obama was not expected to make major moves on Israeli-Palestinian peace before leaving office.

Under Netanyahu's government, settlement construction has surged with some 15,000 settlers moving into the West Bank over the past year alone.