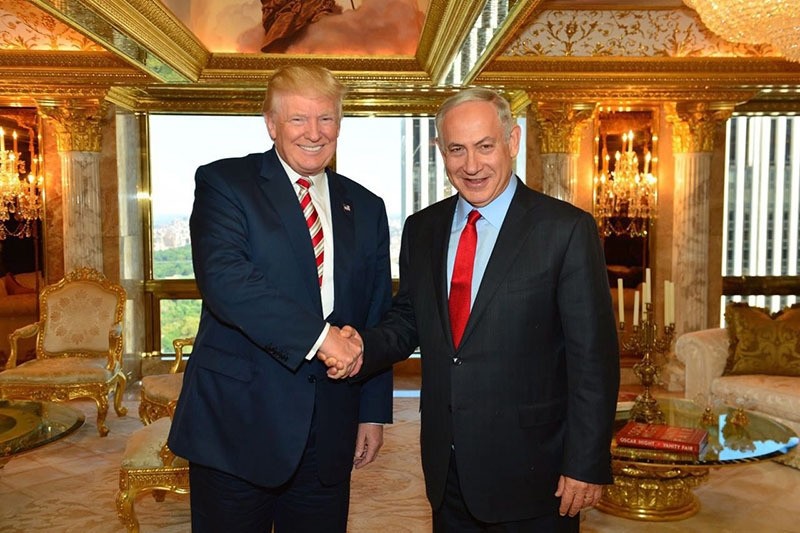 Israel appealed to US President-elect Donald Trump for help in preventing a UN Security Council resolution against Israeli settlements since the Obama administration would not veto it, an official said Friday.

"After becoming aware that the (US administration) would not veto the anti-Israel resolution, Israeli officials reached out to Trump's transition team to ask for the president-elect's help to avert the resolution," an Israeli official said on condition of anonymity.

The Egyptian-sponsored resolution had demanded that Israel halt settlement activities in occupied territories claimed by the Palestinians and declared that existing settlements "have no legal validity."

But under heavy Israeli pressure, Egypt called off a planned vote in the Security Council hours before it was to take place. In the diplomatic activity ahead of the postponement, both Netanyahu and Trump issued nearly identical statements urging the U.S. to veto the measure.

On Friday, Egypt said its president had received a call from Trump in which they both agreed to give the incoming U.S. administration a chance to try and resolve the Israeli-Palestinian conflict. The call came hours after Egypt indefinitely postponed the U.N. vote.

A statement from the Egyptian presidency said the two men spoke by phone early Friday and agreed on "the importance of giving a chance for the new American administration to deal in a comprehensive way with the different aspects of the Palestinian issue with the aim of achieving a comprehensive and a final resolution."

The U.S., along with the Palestinians and nearly all of the international community, opposes Israeli settlements in the West Bank and east Jerusalem as obstacles to peace. Some 600,000 Israelis live in the two territories, which the Palestinians seek as part of a future independent state. Israel captured both areas in the 1967 Mideast war.

Although the U.S. opposes the settlements, it has traditionally used its veto power as a permanent member of the Security Council to block resolutions condemning Israel, saying that disputes between Israel and the Palestinians must be resolved through negotiations. But after eight years of failed peace efforts during the Obama Administration, Israel has expressed concern the outgoing president would take an audacious step to leave his mark on the region. In recent weeks, the White House had been especially secretive about its deliberations.

Trump has signaled he will be far more sympathetic to Israel. His campaign platform made no mention of the establishment of a Palestinian state, a core policy objective of Democratic and Republican presidents over the past two decades. He also has vowed to move the U.S. Embassy from Tel Aviv to Jerusalem, a move that would put the U.S. at odds with the Palestinians and the rest of the international community, and his pick for ambassador to Israel, Jewish-American lawyer David Friedman, is a donor and vocal supporter of the settlements.

The proposed resolution would have been more than symbolic. While it did not call for imposing sanctions on Israel, its language could have hindered Israel's negotiating position in future peace talks. Given the widespread international opposition to the settlements, it would have been nearly impossible for the Trump administration to reverse it.

It remained unclear Friday whether the measure would come up for a vote in the council before Obama leaves office.

There was no immediate Palestinian reaction to Thursday's delay at the U.N.

In a Christmas greeting on Friday, Palestinian President Mahmoud Abbas said: "Despite the Israeli occupation, our presence in our homeland and the preservation of our cultural and national heritage are the most important form of resistance in the face of the darkness of a foreign colonialist occupying power."