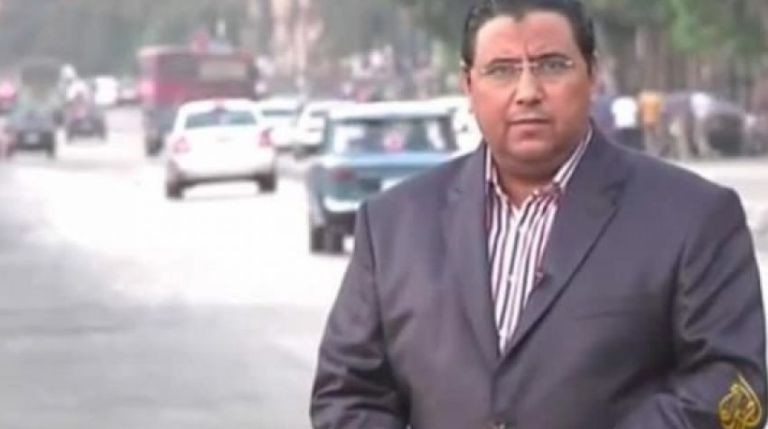 Egyptian Mahmoud Hussein, 51, flew to Cairo on Tuesday for a family holiday but was stopped and interrogated at the airport for several hours before being released.

On Friday, police raided his Cairo home and arrested him. He was questioned again on Saturday and Sunday, when prosecutors decided to hold him for 15 days.

The prosecution official said Hussein would be held "pending an investigation into accusations that he incited against the state and broadcast fake news and documentaries".

The interior ministry confirmed the accusations in a statement posted on its Facebook page.

The Doha-based network said Hussein had been arrested this week, days after his arrival from Qatar in Egypt to spend his annual holiday.

Al Jazeera added that his detention "represents a new chapter in the Egyptian authorities' crackdown" on its journalists.

Ties have been tense between Egypt and Qatar since the army's 2013 overthrow of former president Mohamed Morsi.

In May this year, an Egyptian court sentenced two Al Jazeera employees to death in absentia on charges of leaking secret state documents to Qatar in a case also involving Morsi.

Egyptian authorities accuse Al Jazeera of running a coverage favorable to the Muslim Brotherhood, the group of Morsi.

Qatar, where Al Jazeera television is located, has decried Morsi's ouster and still shelters many Brotherhood members, who fled a harsh crackdown launched by Egyptian authorities since 2013.