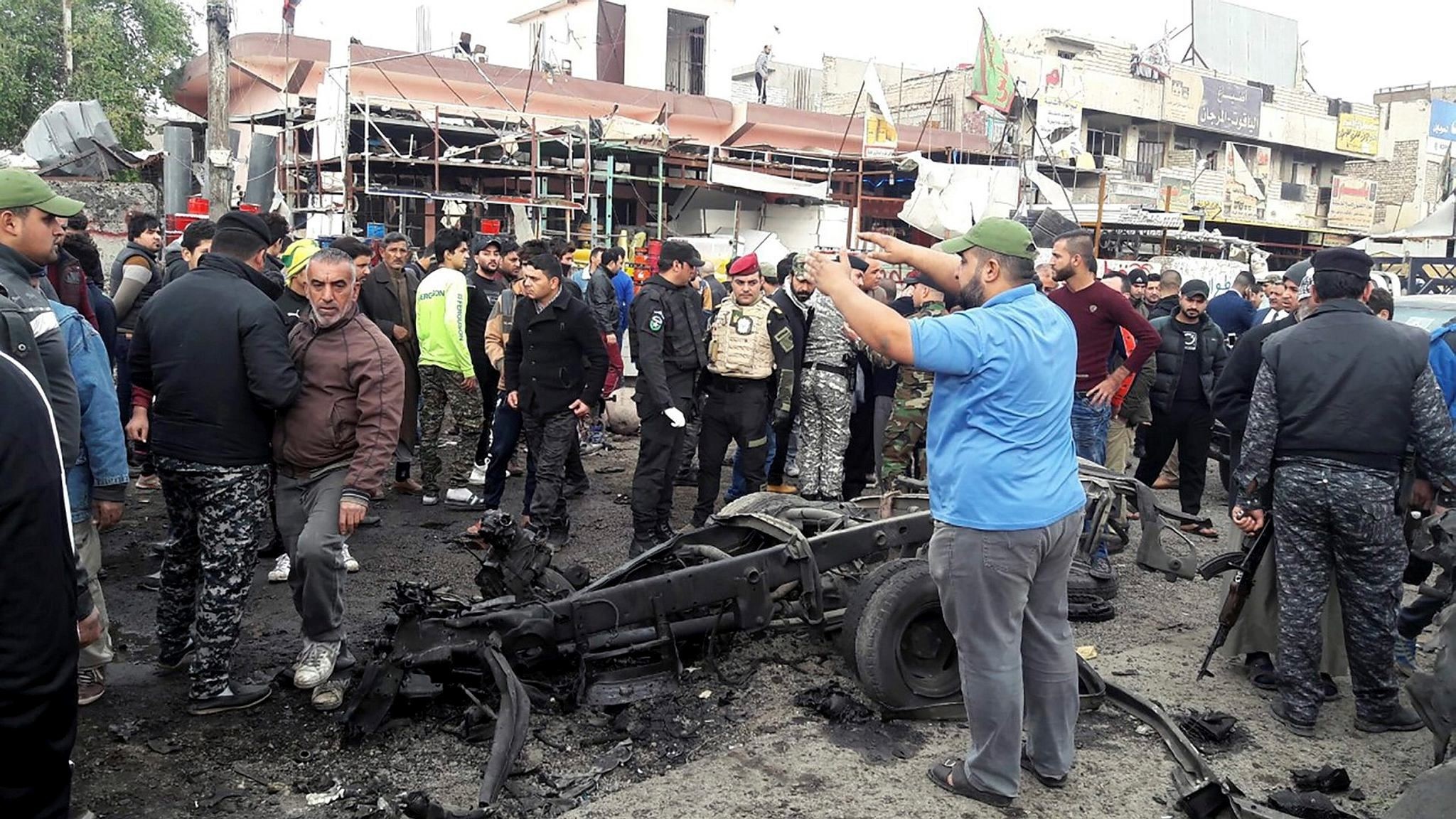 Some 50 people were killed and dozens were injured on Monday in a suicide attack in Baghdad claimed by Daesh terrorist group, an official said, overshadowing a visit by French President François Hollande who offered to step up support for Iraq's campaign against the militants. 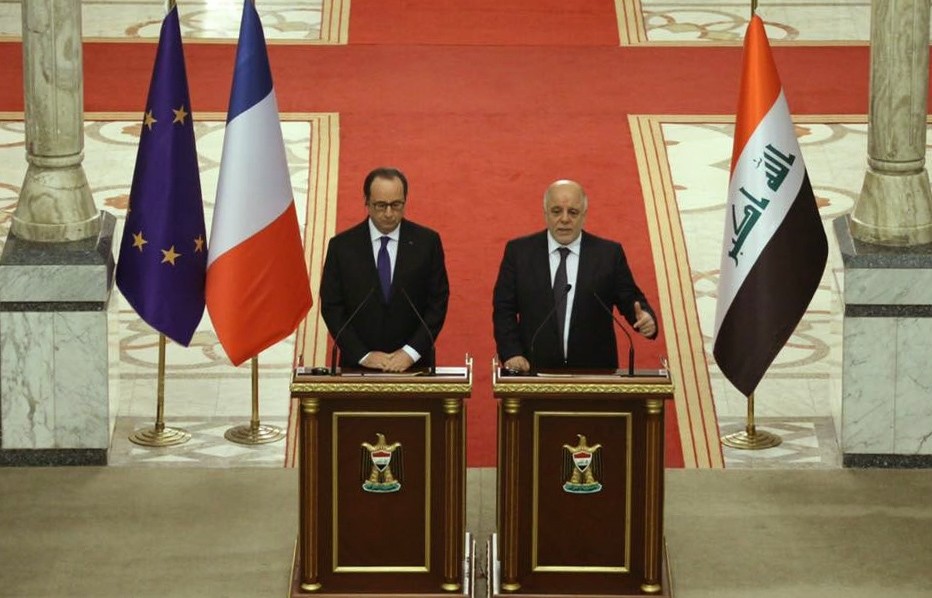 Al-Sumaria quoted colonel Imad al Zuheiri, head of operations in Samarra as saying that the Iraqi forces have killed two of the attackers and that the situation is under control after reinforcements arrived in the area.

According to al-Sumaria, a curfew was imposed on the city while the attack was ongoing.

Unconfirmed reports said at least seven policemen were killed in the attack.

Immediate condemnations came from Turkey and the United States after the attacks. In a statement, Turkish Foreign Ministry strongly condemned the attacks.

"We are sure that these kind of heinous attacks will not discourage the Iraqi government or the Iraqi people. The cooperation between both countries to fight terrorism will continue to grow stronger," the ministry said.

In Washington, the State Department also condemned the attacks "in the strongest possible terms".

"These vicious acts of mass murder are a sobering reminder of the need to continue coalition operations against Da'esh and to eliminate the threat this terrorist group poses," spokesman John Kirby said in a statement reaffirming U.S. support for the Iraqi government.

Amaq, a news agency which usually acts as the mouthpiece of Daesh, said militants from the group carried out the attack on the police station in Samarra.

Earlier in the day, a bomb attack hit a busy residential and commercial area in the city's mainly Shiite eastern suburb of Sadr city.

Prime Minister Haider al-Abadi said the attackers lured casual workers waiting for employment onto their vehicle, promising them work, before blowing it up.

The official, from the Interior Ministry and speaking on condition of anonymity, said another 62 people were injured.

Security forces in Baghdad also reported two explosions near a hospital, killing a number of people.

Hollande, speaking after a meeting with al-Abadi, said that he thought Iraqi forces would recapture the northern city of Mosul from Daesh within weeks.

International efforts to support Iraqi forces in recapturing the militants' main stronghold in the country should be scaled up, the French president said.

Despite rapid advances outside the city after the offensive on Mosul was launched in October, in recent weeks government forces have struggled to maintain momentum in fighting on the city's east bank.

The city centre, where the militants are thought to be more heavily concentrated and dug in, lies on the west bank.

The next target of the international coalition against Daesh would be its so-called Syrian capital of al-Raqqa, Hollande said, vowing that France would play its part in both countries.

The French president said that if French citizens fighting on the side of Daesh were caught by Iraqi forces, they would be subject to Iraqi law.

Any fighters who came back to France would be arrested, he said. He warned that French militants' children had also been recruited as fighters and would have to be monitored and "deradicalized" if they returned.

Hollande earlier visited French troops who have been providing training, back-up and artillery support to Iraqi forces in the campaign for Mosul, the last major Iraqi city held by Daesh terrorists.

Daesh militants mounted an assault on Iraqi forces south of Mosul on Monday, forcing them to withdraw from a number of positions, a security official said on condition of anonymity.

The key Baiji refinery, some 150 kilometres south of Mosul, came under shelling from the advancing terrorists, the official said.

Daesh-affiliated Amaq Agency claimed that the group had cut off the government's main supply route between Baiji and Mosul. The security official said the road had been closed to vehicles.

Iraqi forces breached the city's eastern perimeter within two weeks of launching their assault on Mosul in October.

The commander of US forces in the campaign against Daesh, General Stephen Townsend, said in December that Iraqi forces had captured about a quarter of the city, including more than half of the east bank.

In December 2015, as Iraqi forces entered the centre of the former Daesh stronghold of Ramadi in western Iraq, al-Abadi had vowed that 2016 would be "the year that ends Daesh's presence in Iraq."

Government forces recaptured the western city of Fallujah in June, leaving the group concentrated in Mosul and largely rural areas of northern and western Iraq.

Daesh has held Mosul since a lightning offensive in mid-2014 in which it routed government forces from much of Sunni Arab northern and western Iraq.

Intensive international efforts to rehabilitate and train Iraqi forces, along with a US-led campaign of airstrikes, have enabled the government to regain much ground since then.