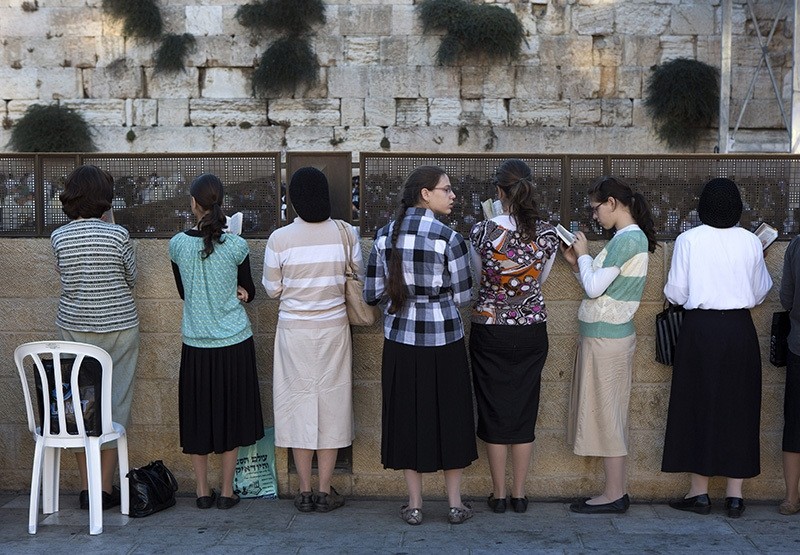 Orthodox Jewish women reading from prayer books behind a large crowd of women packing the women's section of the Western Wall in Jerusalem's Old City (EPA Photo)
by Anadolu Agency
Jan 03, 2017 12:00 am

Advertisements placed in Israeli newspapers and on social media platforms feature black and white images of a woman in the shadows accompanied by the message, "Seeking strong women: it doesn't matter to us what you've done, what matters is who you are".