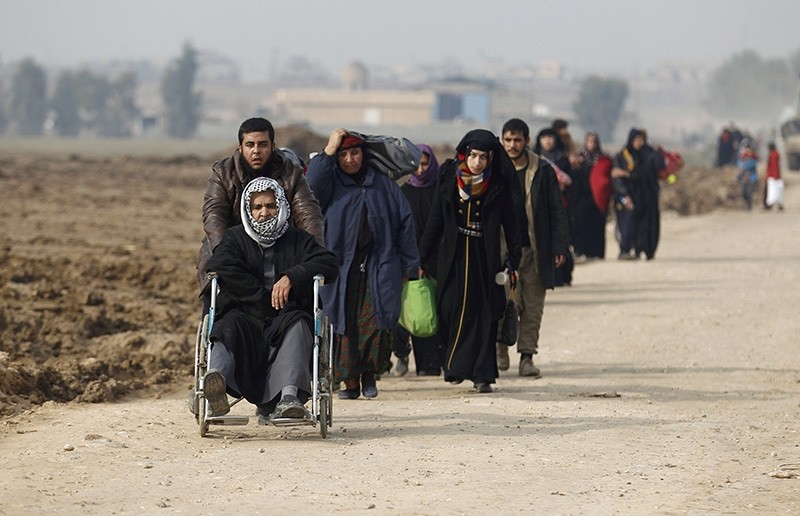 Violence claimed the lives of at least 6,878 civilian Iraqis last year, the United Nations said on Monday, as the Iraqi government struggles to maintain security nationwide and to dislodge Daesh terrorists from areas under their control.

The U.N. Assistance Mission for Iraq, known as UNAMI, said its numbers "have to be considered as the absolute minimum" as it has not been able to verify casualties among civilians in conflict areas, and of those who lost their lives due to "secondary effects of violence ... due to exposure to the elements, lack of water, food, medicines and health care."

UNAMI said in a statement that 12,388 other civilians were wounded in 2016. It added that last year's figures didn't include casualties among civilians in Iraq's western Anbar province for the months of May, July, August and December.

The monthly U.N. casualty report for December 2016 showed that a total of 386 civilians were killed and another 1,066 were wounded. The worst affected area was the northern province of Ninevah, where government forces are fighting to retake the Daesh-held city of Mosul, with 208 civilians killed and 511 injured. The capital, Baghdad, came next with 109 civilians killed and 523 injured.

Daesh has claimed responsibility for a string of bombings in Baghdad that have killed more than 50 people in the last week alone.

The deadliest Daesh attack was in July when a massive suicide bombing in a bustling market area in central Baghdad killed almost 300 people, the bloodiest single attack in the capital in 13 years of war.

"This is, no doubt, an attempt by Daesh to divert attention from their losses in Mosul and, unfortunately, it is the innocent civilians who are paying the price," Jan Kubis, the special representative of the U.N. Secretary-General for Iraq, said in the statement.