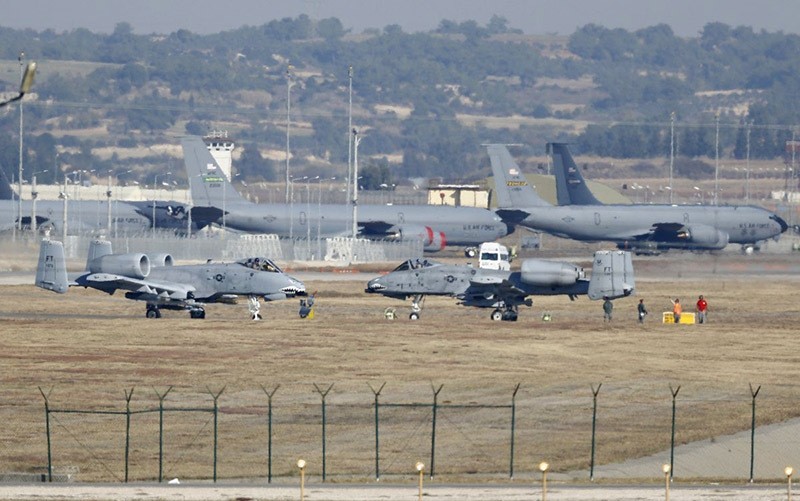 A Daesh terrorist, who was earlier captured by Iraqi intelligence in a joint operation with Turkish security forces in Istanbul's Atatürk Airport, confessed to plotting an attack on Incirlik Airbase in southern Turkey.

According to the statement of Iraq's Federal Judicial Authority, the suspect, identified as Abu Osama, confessed that the terrorist group assigned him to watch over several locations and carry out suicide bombing attacks. Daesh also asked him to act as if he was not a religious person to not to draw any suspicion.

The suspect, who studied civil engineering at the University of Mosul, was hired by a German company in Mosul for road and bridge repairs. Before Mosul was captured by Daesh terrorists, his company sent him to Germany to receive training on advanced graphics systems. He continued his education in Germany for a short period before returning to Mosul.

After being unemployed for nearly a year and a half, he decided to seek a job in Daesh's institutions. Originally hired for the "Office of Development," he said that he underwent excessive explosive and rocket production training at the production site which was once home to the university.

The suspect stated that the materials for improvised explosives came from Manbij in Syria.

Established in 1954 for the joint use of the Turkish Air Forces and the U.S. Air Force, Incirlik Air Base is currently used by the U.S.-led coalition to strike Daesh targets. The Royal Air Force and the Royal Saudi Air Force also use the base.
Last Update: Jan 04, 2017 6:57 pm
RELATED TOPICS