Israel pulls down homes of Palestinians without legal basis 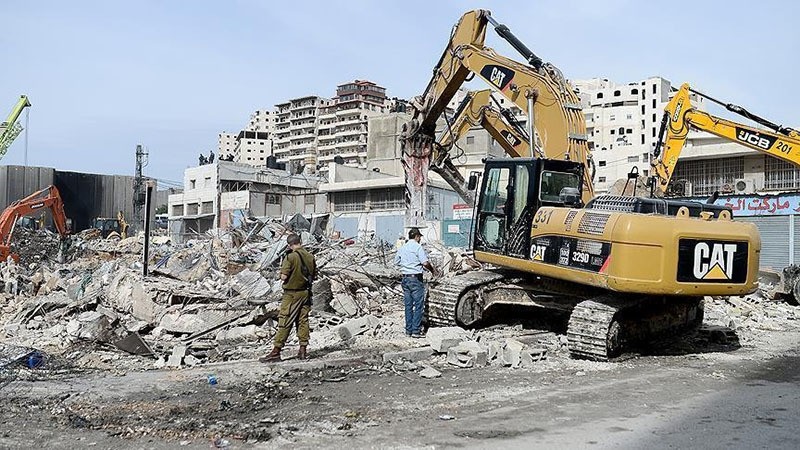 A house belonging to a Palestinian family of eight has been demolished by Israel's Jerusalem Municipality on the grounds of it "being unauthorized" in East Jerusalem.

The house's owner Amir Abidu stated that the Israeli police blockaded his home, which is located in the Beit Hanina neighborhood, and evacuated everyone inside the house including his family of eight.

The Israeli authorities also emptied the house taking out all the furniture before demolishing it on the grounds of "being unauthorized", Amir Abidu stated.

Abidu's lawyer filed an appeal following the blockade, and the court decided to stop the demolition, on the condition that the home owner paid a fine of 13,000 dollars.

"I managed to collect the required amount of money, however Israeli authorities pulled down the house anyway only seven hours after blockading it", Palestinian Abidu said.

Israeli authorities demolished a total of 488 houses and 535 buildings, all belonging to Palestinians, which were being used for various purposes in 2016, according to the Abdullah al-Havrani Research and Documentation Center, which is subject to the Palestine Liberation Organization.

Israeli soldiers raid homes of Palestinians from time to time to pull them down with bulldozers or explosives, saying they are unauthorized.

Palestinians underline that this practice lacks any legal basis and argue that they are part of Israel's intimidation policy.