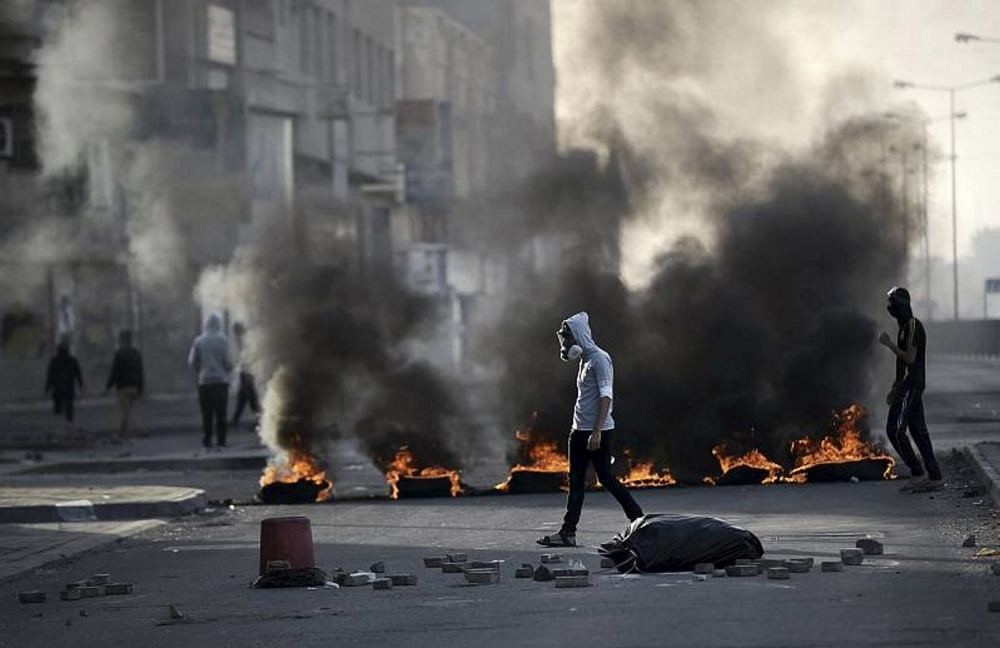 When the "Arab Spring" broke out, thousands of Bahrainis took to the streets in favor of overthrowing Sunni-minority rule on the tiny Gulf Island.

While the masses mainly had economic demands in other Arab countries, like Tunisia and Egypt, Bahrain's Shiites asked the government to hand over power.

The oil-rich Bahrain government is known for heavy-handedness when dealing with its Shiite citizens, who are in turn known for their links with Iran.

That Iran has been pursuing an expansionist policy towards Middle Eastern countries, including Bahrain, by mobilizing local Shiite communities is widely known, and the latest attack, which freed 10 "terrorists" from a Bahrain jail, have once again escalated tensions between Iran and Bahrain and other Gulf nations.

Armed gunmen stormed a Bahraini prison on Jan. 1, killing a policeman and freeing at least 10 prisoners convicted on terror charges, which "sparked a manhunt across the island on Sunday."

Confusion was rife in the hours after the jailbreak at Jaw prison; the Interior Ministry issued a series of tweets in Arabic and English that contradicted each other, only worsening the situation.

Security measures were beefed up at checkpoints across the country, and locals in Sitra clashed with police, according to an Associated Press report Sunday.

Early Monday morning, the Interior Ministry issued a statement saying the attack was launched by "a terrorist cell of four to six members armed with automatic rifles and pistols." It identified the dead police officer as Abdulsalam Saif Ahmed and said a second officer suffered moderate injuries in the attack.

Immediately after the attack, Saudi Arabia and the Gulf Cooperation Council (GCC) restated their support for Bahrain, and after providing some basic information on the attack, the Bahraini Interior Ministry accused Iran of supporting terrorism in the Gulf.

Referring to the reactions on an Iranian TV channel, the Interior Ministry said, "It's evidence of Iran's direct support and involvement in acts of terror."

Referring to the channel, Ahl Al Bayt, which apparently rejoiced over the death of the serviceman on duty, the Interior Ministry said, "It reflects Iran's persistence in interfering in the internal affairs of the Kingdom of Bahrain," reported Al Sharq al Awsat.

The GCC, however, without explicitly naming Iran, said, "Arab League Secretary-General Ahmad Abul Gaith voiced full solidarity with Bahrain's leadership in waging the war on terrorism and rejecting any external interference in its internal affairs," reported the Gulf News.

Bahrain, with a population of around 1.4 million, is ruled by Sunni royalty, one of the closest allies of the U.K. and the U.S. in the region. The recent escalation of violence and sectarian conflict in the country is largely due to the idealistic conflict between Saudi Arabia and Iran, which both play the sectarian card to protect their interests and interference zones in the region. While, the Bahraini population is mobilized by Shiite Iran, its kingdom remains under the influences of Sunni Saudi Arabia.

The Middle East, a hot spot for sectarian violence since the early years of Islam, remained relatively calm under the rule of the Ottoman Empire. Now, it is being dragged into a new wave of sectarian conflict, as anachronistic disputes are triggered by regional powers, with the intention of expanding their influence.

Iran has a centralized Shiite version of Islam, while Saudi Arabia has the strict religious jurisprudence of Salafi-Wahhabist thought for its policies, and they are competitors in the region, applying sectarian policies that have only brought suffering to people in the region.

Far from the mainstream Islamic understanding that is practiced from Indonesia to Senegal, the two countries have followed expansionist policies.

Iran has tried to lead and unite Shiite communities in Arab countries, including Iraq and Yemen, since the revolution in 1979. Saudi Arabia, on the other hand, aims to expand Wahhabism, a stricter version of Islam that rejects any other Islamic interpretation with the aid of Wahhabi communities in several Arab countries.

While sectarian differences appear as an instrument for political dispute, a noteworthy similarity between the two countries is that both Iran and Saudi Arabia and the other Gulf countries, including Bahrain, are rich in natural resources. Iran is home to the richest natural gas and oil reserves in the region, while Saudi Arabia is the biggest oil exporter in the world.
Last Update: Jan 05, 2017 1:03 am
RELATED TOPICS