US says moving embassy to Jerusalem 'not constructive' 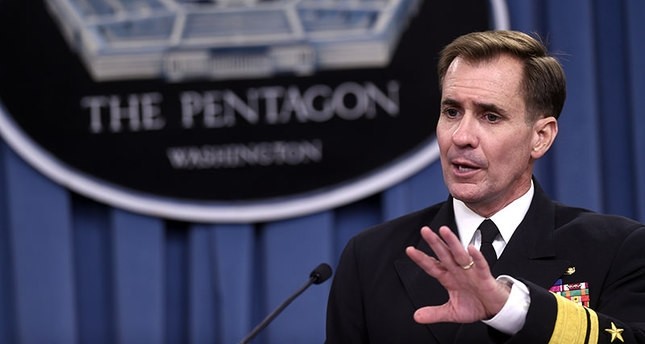 Moving the U.S. embassy in Tel Aviv, Israel to Jerusalem would imperil U.S. troops throughout the Middle East and hinder the peace process, the State Department said Wednesday.

"Moving the embassy to Jerusalem is not a good idea," spokesman John Kirby told reporters. "It's not constructive to the overall peace process."

"It could actually put some of our people, some of our troops, those that work at the embassy, in harm's way, and needlessly so," he added.

The comments stand in stark contrast to the stated intent of the incoming administration.

President-elect Donald Trump has pledged to move the embassy, despite reluctance to do so by past administrations - Republican and Democrat alike.

Senate Republicans introduced legislation on Tuesday to relocate the embassy and recognize Jerusalem as Israel's capital.

Kirby said that while it is the incoming administration's prerogative to move the embassy if it desires once it assumes power, the Obama administration does not support such efforts.

"It's not constructive and conducive to the peace process, and because a move like that could exacerbate tensions," he said.