Assad, Iran accuse Israel of attacking air base near Damascus 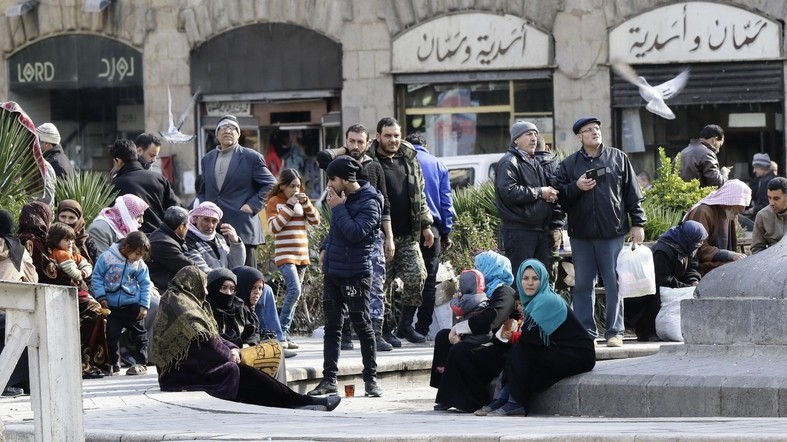 Bashar al-Assad's army claims that several rockets were fired from an area near Lake Tiberias in northern Israel on 13. Jan.
by Compiled from Wire Services Jan 14, 2017 12:00 am

Assad regime and Iran accused Israel of firing rockets at a military airport near Syrian capital Damascus, the Israeli military declined to comment on the incident

Assad regime accused Israel of firing rockets early on Friday that hit near a major military airport west of Damascus, triggering a fire, and warned Israel of repercussions without specifying whether it would retaliate for the attack. The attack was the third such incident recently, according to the Assad regime.

In a statement carried on the official news agency SANA, the Assad's army said several missiles were launched just after midnight from an area near Lake Tiberias. The rockets fell in the vicinity of the Mezzeh military airport on the western edge of the Syrian capital. The statement did not say whether there were any casualties.

The Iranian news network Alalam also accused Israel of Friday's attack saying that Israeli aircraft fired several missiles at multiple targets at the airport, which caused a fire, according to Israeli newspaper Hareetz.

The airport, located just a few kilometers from Assad's presidential palace, had been a base used to fire rockets at former rebel-held areas in the suburbs of Damascus. Only last November, the Syrian army said Israeli jets fired two missiles on an area west of the capital, close to the Damascus Beirut-highway, in an attack mounted from Lebanese air space.

Residents of Damascus reported hearing several explosions that shook the city. The Mezzeh airport compound, located on the southwestern edge of the capital, had been used to launch attacks on opposition-held areas near Damascus and has come previously under opposition fire.

"The Syrian army command and armed forces warn the Israeli enemy of the repercussions of this blatant attack and stress it will continue its war on terrorism," the statement said.

On Dec. 7, the Syrian government reported Israel fired surface-to-surface missiles that also struck near the Mezzeh airport. A week earlier, SANA said Israeli jets fired two missiles from Lebanese airspace toward the outskirts of Damascus, in the Sabboura area.

The Israeli military has declined to comment on those incidents, and there was no immediate comment on Friday's reported attack.

But Israel is widely believed to have carried out a number of airstrikes in Syria in the past few years that have targeted advanced weapons systems, including Russian-made anti-aircraft missiles and Iranian-made missiles, as well as positions of the Lebanese militant Hezbollah group in Syria. The Shiite group has sent thousands of its fighters to Syria to support Bashar Assad's forces in the country's civil war, now in its sixth year. Israeli Defense Minister Avigdor Lieberman recently reiterated his government's position to not get involved in the Syrian war.
RELATED TOPICS