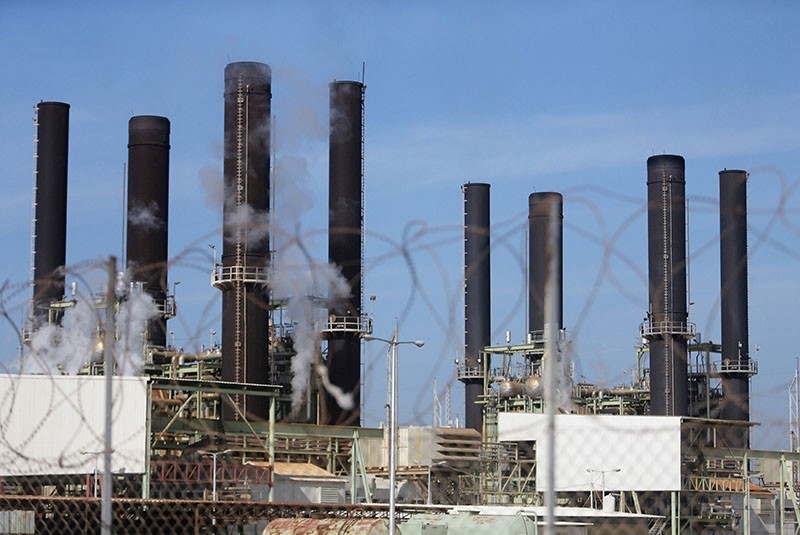 The back-up generator at the Gaza strip power plant has started operating with the support of Qatar, who had announced the previous day that it would subsidize $12 million for Gaza's fuel needs for three months, Palestinian official stated on Monday.

The third generator of the power plant was activated thanks to fuel purchased with Qatar's financial support, said a written statement of the Energy Authority in Gaza.

The statement also added that with the newly activated generator, eight hours of uninterrupted electricity would be provided to the citizens.

Before the crisis, the electricity distribution company was able to provide a total of 16 hours electricity with one cut of eight hours per day.

However, shortages in the past month have been experienced more frequently and citizens have been left without electricity for over 12 hours a day.

The Energy Authority also announced on Sunday that Turkey has pledged to send around 15 million liters of diesel fuel to help the Strip with crippling shortages of electricity.

Gaza continues to suffer from a severe energy crisis that has forced the local authorities to adopt a rotation system, cutting power in certain parts of the strip in order to supply electricity to other areas.

The two million residents of Gaza require around 450-500 megawatts of power per day but are receiving less than half of that. With cold winters, demand has spiked - leading to the shortages.​

This is due to shortfalls in the amounts of electricity produced by Gaza's sole power plant, coupled with the fact that electricity supplied by Israel and Egypt is insufficient to meet the strip's energy demand.

Israel has maintained a blockade of the enclave for the past 10 years, limiting the entry of goods and crippling the economy.

In 2015, Gaza's sole power plant, which was badly damaged in a 2006 Israeli attack, was shut down for several weeks over unpaid taxes.

Part of the reason energy authorities have so little funding is unpaid bills.

Nearly 70 percent of households do not pay their electricity bills, either because of poverty or due to lack of collection, the UN estimates.