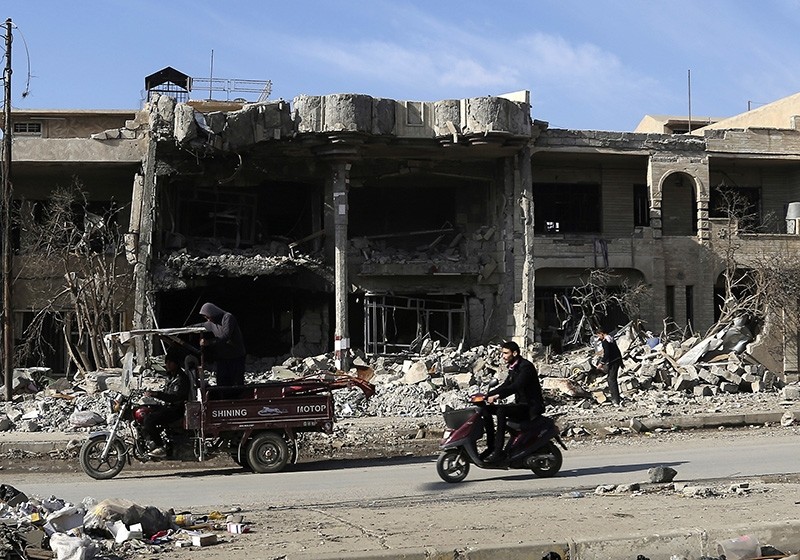 People pass by damaged and destroyed houses after fighting between Iraqi security forces and Daesh terrorists in a recently liberated neighborhood (AP Photo)
by Compiled from Wire Services Jan 18, 2017 12:00 am

Elite Iraqi forces have driven Daesh terrorist fighters from all districts of eastern Mosul they were tasked with recapturing, their commanding officer said on Wednesday, bringing almost all of the city's eastern half under government control.

Speaking at a press conference in Bartalla, a town east of Mosul, Staff General Talib al-Sheghati announced "the liberation... of the left bank" of the Tigris River that divides the city.

The terrorists still control all city districts to the west of the Tigris, which bisects Mosul from north to south.

Fighting took place in the Qadiya 2 and al-Arabi districts in the northeast, the statement said.

The army, special forces and elite police units have operated in tandem to capture different areas of eastern Mosul. The army is mostly deployed in the north, the Counter-Terrorism Service (CTS) - which has spearheaded advances - in the east, and the federal police in the south.