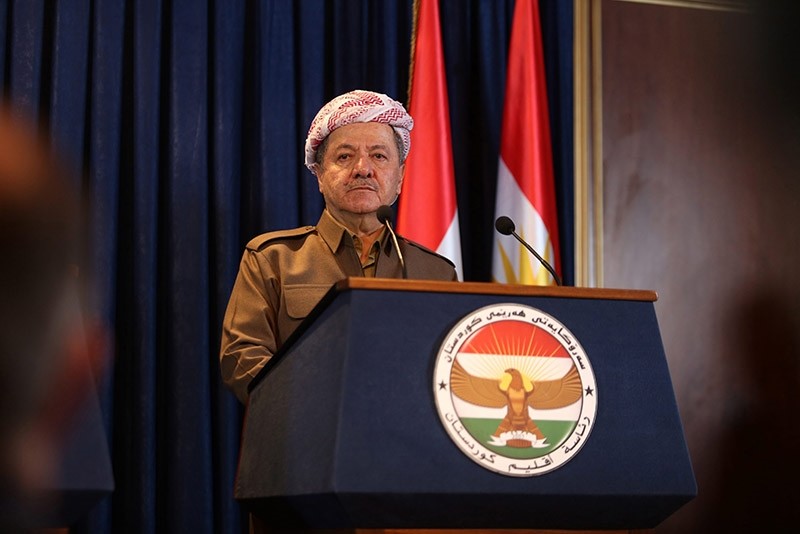 Speaking in an interview with the London based Asharq al-Awsat newspaper, Barzani stated that the KRG would not remain in an Iraq administered by al-Maliki.

Barzani also argued that a failure in ongoing operation to liberate Mosul from Daesh will be blamed on current Prime Minister Haider al-Abadi, which will serve as a pretext to replace him with al-Maliki.

KRG President said that he explained to al-Abadi and authorities in Baghdad that Iraqis had failed to form a partnership amongst themselves, and therefore that it's best to continue as two good neighbors.

Holding the prime ministerial post for eight years between 2006 and 2014, al-Maliki was blamed for deepening ethnic and sectarian fractions among the Iraqis by alienating Kurds and Sunni Arabs, while tightening his grip on power in Baghdad through authoritarian measures.

When he was replaced with al-Abadi in September 2014, after losing most of the support of Shiite groups and its main ally Iran, the Daesh terrorist group was on the outskirts of Baghdad after capturing almost the entire western and northwestern parts of the country – including its second largest city Mosul. Meanwhile, the KRG became de-facto independent amid heated debates on key issues as security and oil.

While al-Maliki was seeking a third term during the spring of 2014, Barzani declared that KRG would declare independence if al-Maliki clung to power.

Barzani added that he believes the new U.S. administration under President Donald Trump will maintain good ties with the KRG.