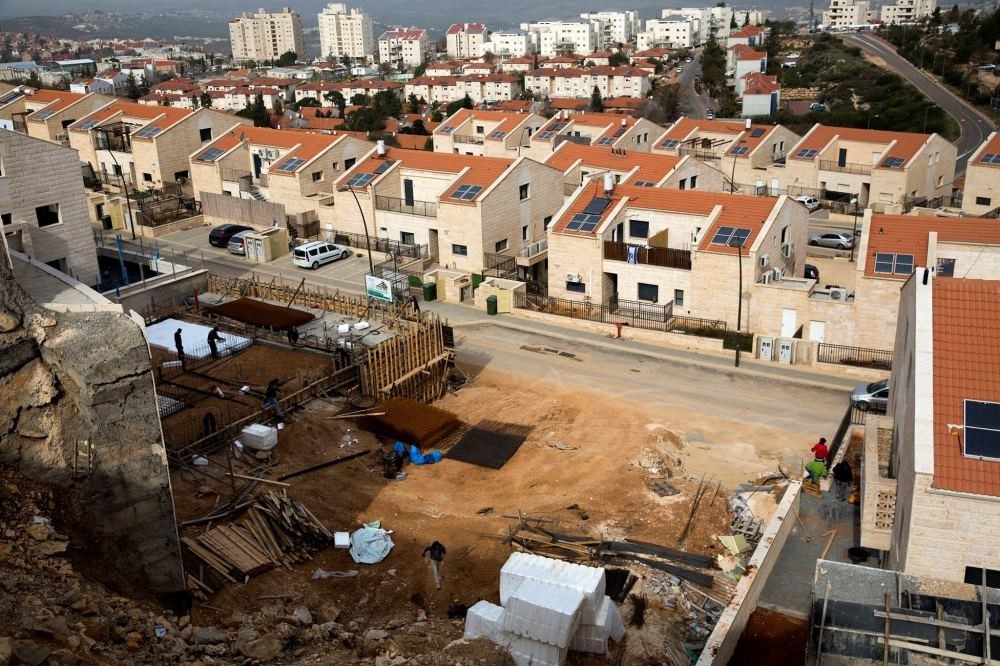 Palestinian men work at a construction site in the West Bank Jewish settlement of Ariel, Jan. 25.
by Compiled from Wire Services Jan 26, 2017 12:00 am

Israeli Prime Minister Benjamin Netanyahu has approved the construction of 2,500 new settlement units in the occupied West Bank, according to a statement issued by his office on Tuesday.

The approval is the second of its kind since Donald Trump assumed the U.S. presidency last Friday. On Sunday, Jerusalem's municipality approved the construction of 566 new settlement units in East Jerusalem. The plans, approved by Prime Minister Benjamin Netanyahu and Defence Minister Avigdor Lieberman, mark the largest recent announcement of settlement building by Israel. "We are building and will continue to build," Netanyahu said in the statement.

Israeli newspaper Haaretz reported that most new housing units would be built in pre-existing settlement blocs in the occupied West Bank and east Jerusalem. "At least 100 of the new housing units will be built in the Beit El settlement near Ramallah," Haaretz said. The newspaper went on to note that Netanyahu had already told the Ministerial Committee on National Security Affairs of his decision to lift all restrictions on settlement building in East Jerusalem.

White House spokesman Sean Spicer did not answer directly when asked about Trump's reaction. "Israel continues to be a huge ally of the United States," Spicer said. "He wants to grow closer with Israel to make sure that it gets the full respect that it deserves in the Middle East."

While Trump has signaled that he will be far more tolerant of Israeli settlement construction than his predecessors, he has also expressed a desire to broker a peace accord between Israel and the Palestinians. Siding closely with Israel on such a contentious matter could hurt U.S. credibility. Netanyahu repeatedly clashed with former president Barack Obama over settlement construction. It was a contentious area of disagreement during the Obama years, when the White House sided with the Palestinians and the international community in condemning it as an obstacle to peace.

The Palestinians want the West Bank, as well as the Gaza Strip and East Jerusalem — areas captured by Israel in the 1967 war — for their hoped-for state. They, along with much of the international community, view the settlements as illegal. Nabil Abu Rdeneh, a spokesman for Palestinian President Mahmoud Abbas, condemned the latest settlement plans, saying they would hurt peace hopes and "promote extremism and terrorism."

"This decision is a challenge and provocation and disregard for the Arab world and the international community and requires a real and serious position from the entire world," he said. Trump is widely expected to be more sympathetic to Israel's settlement policies than the fiercely critical Obama administration, and has also vowed to move the U.S. Embassy from Tel Aviv to contested Jerusalem. Israel's nationalist government has welcomed the prospective change in policy, but it also risks igniting Palestinian and even regional unrest.
RELATED TOPICS