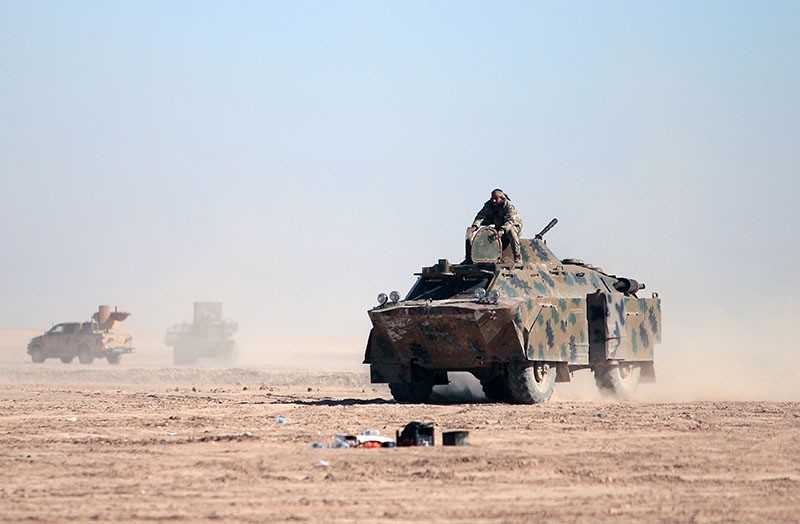 The US-backed Syrian Democratic Forces (SDF) claims to have started a new phase of its campaign against the city of Raqqa held by Daesh terrorists on Saturday, aiming to complete its encirclement and sever the road to terrorist strongholds in Deir al-Zor province.

The SDF said in a statement that the action was being undertaken with "increasing support from the (U.S.-led) international coalition forces through guaranteeing air cover for our forces' advances, or via the help provided by their special teams to our forces on the battle ground".

The SDF, which is dominated by terrorists from PKK Syrian affiliate the Democratic Union Party's (PYD) People's Protection Units (YPG), launched its multi-phased campaign aimed at encircling and ultimately capturing Raqqa in November.

A SDF commander told Reuters the forces had so far advanced a few kilometres (miles) in the latest phase, which aims to capture areas to the east of the city, including the highway linking it to Deir al-Zor province.

Deir al-Zor, which is almost entirely in Daesh hands, stretches all the way to the Iraqi border. A Kurdish military source told Reuters on Tuesday that the goals of this phase included capturing the main highway.

Several hundred U.S. special forces soldiers have been supporting SDF operations against Daesh in northern Syria. France said in June that its special forces were advising rebels in the same area.

The U.S. Department of Defense confirmed on Tuesday that it has delivered "up-armored vehicles" to the Syrian Arab Coalition, a component of the Syrian Democratic Forces (SDF), but noted that the delivery had been planned prior to the election, during the Obama administration.

Turkey considers the YPG a terrorist group and the offshoot of the outlawed PKK, which itself is listed as a terror organization by the U.S., Turkey and the EU. Ankara has voiced concerns over U.S. support for the SDF and YPG, under the auspices of YPG's goals to make demographic changes to the regions seized from Daesh.

Due to the shared ideology, unified leadership and organic organizational links between the YPG and the PKK, Ankara has adamantly maintained that the two terrorist groups seek to change the demographic structure of regions seized from Daesh. Ankara has repeatedly stated that any military support provided to the PYD-YPG is eventually transferred to the PKK, ultimately posing a threat to Turkey.

In October 2015, the U.S. conducted air drops of nearly 50 tons of ammunition to the province of Hasakah in Syria. While Arab opposition fighters claim they did not receive the supplies, PYD terrorist group leader Salih Muslim thanked the U.S. for providing the support.

U.S. President Donald Trump signed an executive order last week requesting the Pentagon, joint chiefs of staff and other agencies to submit a preliminary plan in 30 days for defeating the Daesh terror group.

One key decision awaiting the Trump administration is whether to directly provide weapons to the YPG.