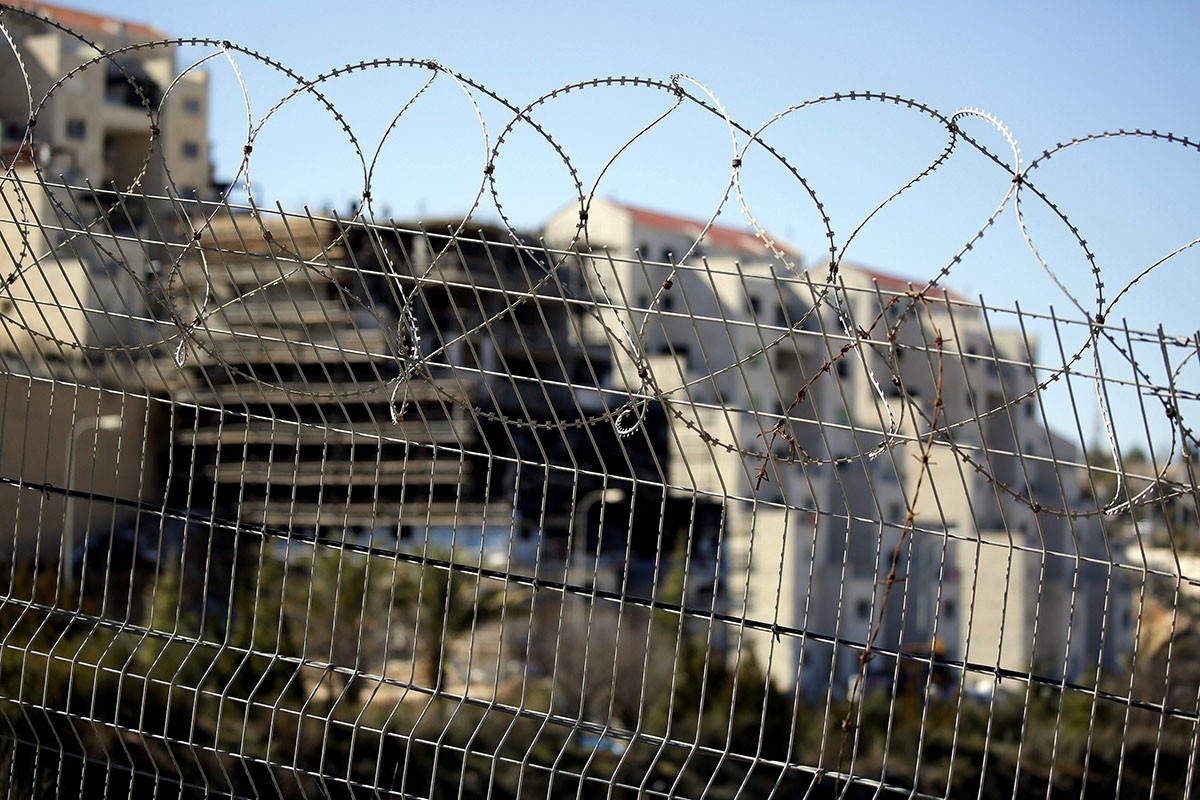 A new Israeli construction is seen through barbed wire in Kiryat Arba settlement near the West Bank city of Hebron, 07 February 2017. (EPA Photo)
by Daily Sabah with DPA Feb 08, 2017 12:00 am

"This bill is in contravention of international law and will have far-reaching legal consequences for Israel,' the spokesman added.

"The Secretary-General insists on the need to avoid any actions that would derail the two-State solution. All core issues should be resolved between the parties through direct negotiations on the basis of relevant Security Council resolutions and mutual agreements. The United Nations stands ready to support this process."

The law passed by the Knesset on Monday stipulates that Israeli settlements found to be illegally built on Palestinian-owned land will not be removed.

Instead, the legal owners of the land will receive alternative land or financial compensation.

The law has come in for criticism both in Israel and abroad.

Analysts say the law is unlikely to be upheld by Israel's Supreme Court.

There are reportedly 570,000 Israelis who live in the West Bank and east Jerusalem, among over 2.6 million Palestinians.