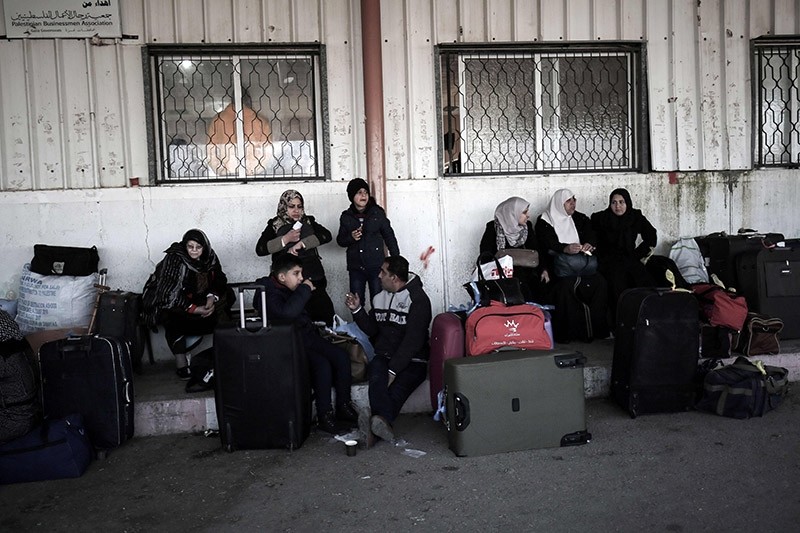 Palestinians wait for travel permits to cross into Egypt through the Rafah border crossing after it was opened by Egyptian authorities for humanitarian cases on February 11, 2017. (AFP Photo)
by Anadolu Agency Feb 11, 2017 12:00 am

"The terminal will remain open in both directions for three consecutive days," Hamas-run Gaza's crossings authority said in a written statement.

According to the authority, students, patients and foreign residency holders will be allowed to cross the terminal during the three-day period.

An Anadolu Agency correspondent at the crossing said hundreds of travelers have gathered on the Palestinian side of the border since early Saturday morning.

According to Gaza's border crossing authority, roughly 16,000 people in Gaza have registered and are now on the waiting list to leave the strip.

Since the overthrow of President Mohamed Morsi in a 2013 military coup, Egypt has kept the border with Gaza mostly sealed.

The long periods of closure at the crossing -- which represents Gaza's only point of access to the outside world not under Israeli control -- have brought the coastal enclave's nearly 2 million inhabitants to the verge of humanitarian catastrophe.