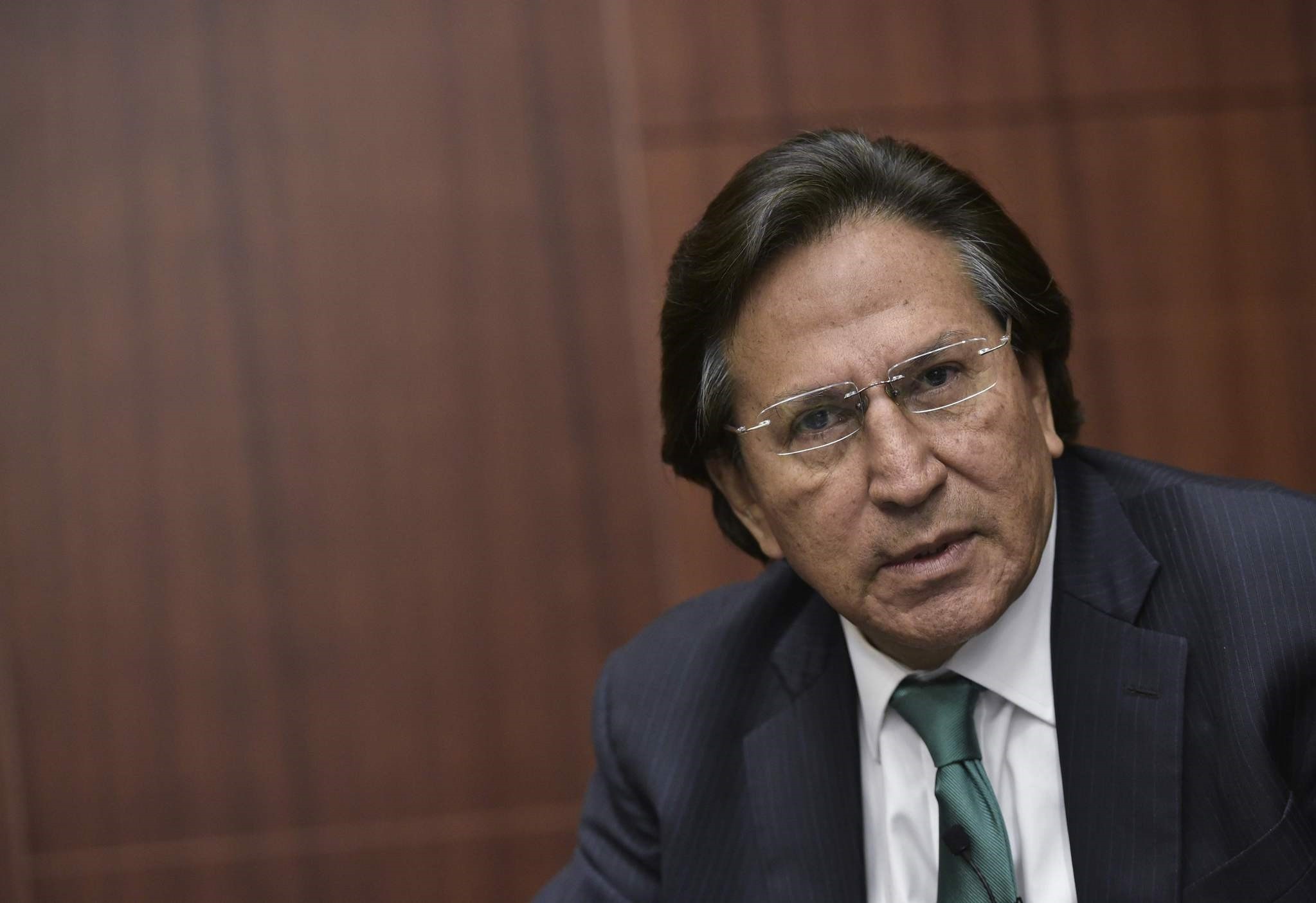 Former Peruvian President AlejandroToledo speaking during a discussion on Venezuela and the OAS at The Center for Strategic and International Studies (CSIS) in Washington, DC. (AFP Photo)
by Associated Press
Feb 12, 2017 12:00 am

Israel said on Sunday it would not allow in former Peruvian president Alejandro Toledo, who is wanted in connection with a corruption probe, before his affairs were settled in Peru.

Peru had been informed by U.S. authorities on Saturday that they were not planning to keep Toledo from boarding a flight to Israel from California that was scheduled to land in Tel Aviv on Sunday.

"Former Peru President Toledo will be allowed into Israel only when his matters are settled in Peru," a Foreign Ministry spokesman said, without elaborating.

It was unclear whether Toledo had boarded the flight to Israel, which does not have an extradition treaty with Peru.

A judge in Peru issued an international arrest warrant for Toledo on Thursday, and the government offered a 100,000 soles ($30,000) reward for any information leading to his capture after he failed to turn himself in to authorities.

Peru has said Interpol issued a red alert to 190 member countries to help find him, but Toledo does not appear on its list of wanted persons. Interpol has not responded to requests for comment on Toledo.

Prosecutors in Peru allege Toledo took $20 million in bribes from Brazilian construction conglomerate Odebrecht and a judge ruled that he must be jailed for up to 18 months while charges against him are prepared.

Toledo, who has an economics degrees from Stanford University, has denied wrongdoing and has not been charged or convicted of any crimes.

Toledo's lawyer said he did not know Toledo's whereabouts and declined further comment.

Toledo's wife has Israeli citizenship and Toledo has a long friendship with Israeli businessman Yosef Maiman, who prosecutors accuse of acting as a middleman for at least $10 million in alleged bribes.

A former Odebrecht executive has said he personally negotiated the bribes with Toledo in Rio de Janeiro in 2004, prosecutors say.

In 2013, Israel arranged for the extradition of Dan Cohen, a former judge and director at IEC, from Peru, and arrested him on suspicion of receiving millions of dollars in bribes.