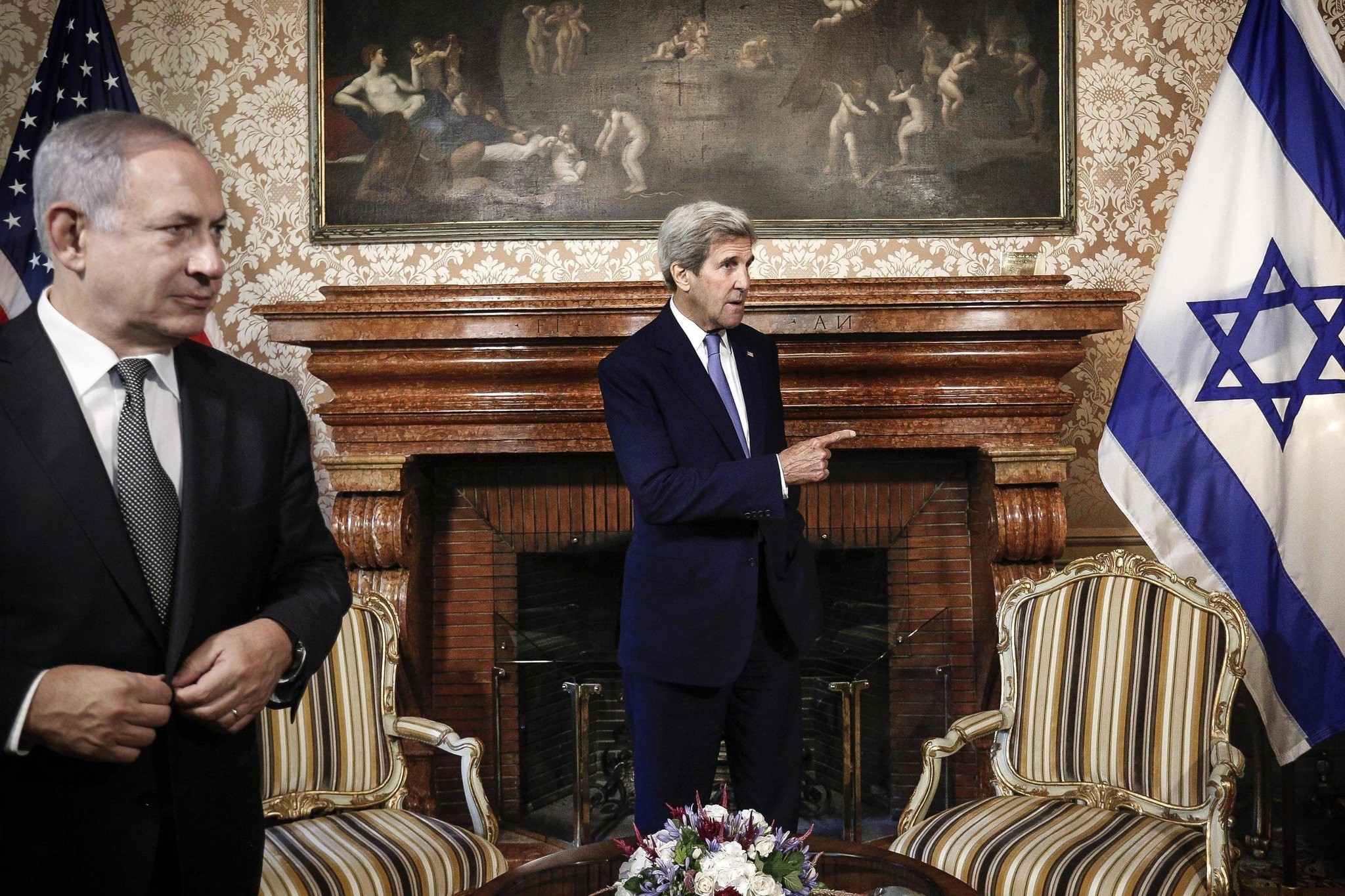 An Israeli newspaper reported Sunday that Prime Minister Benjamin Netanyahu turned down a regional peace initiative last year that was brokered by then-American Secretary of State John Kerry, in apparent contradiction to his stated goal of involving regional powers in resolving Israel's conflict with the Palestinians.

Haaretz reported that Netanyahu took part in a secret summit that Kerry organized in the southern Jordanian port city of Aqaba last February and included Jordan's King Abdullah II and Egyptian President Abdel Fattah el-Sissi. According to the report, which cited anonymous Obama administration officials, Kerry wanted the sides to endorse six principles, which he laid out publicly in a December speech.

They included a call for Israel to vacate territory it occupied during the 1967 Six-Day War, subject to land swaps agreed between the two sides.

Since 1967, Israel has pulled out of Egypt's Sinai Peninsula and the Gaza Strip but annexed east Jerusalem and the Golan Heights.

It continues to occupy the West Bank, where hundreds of thousands of Israelis live in settlements seen as illegal by the international community.

Both would share Jerusalem as the "internationally recognised capital of the two states".

Israel claims the city as its "undivided" capital. Netanyahu's coalition government, the most right-wing in Israel's history, rejects talk of ceding any part of it to Palestinian sovereignty.

"Netanyahu did not accept Kerry's proposal and said he would have difficulty getting it approved by his governing coalition," Haaretz wrote on Sunday.

Netanyahu's spokesman and Jordanian officials refused to comment on the report.

The initiative was also reportedly the basis of short-lived talks with opposition leader Isaac Herzog to join the government, a plan that quickly unraveled when Netanyahu chose to bring in nationalist leader Avigdor Lieberman instead and appoint him defense minister.

A former top aide to Kerry confirmed that the meeting took place secretly on Feb. 21, 2016. According to the official, Kerry tried to sweeten the 15-year-old "Arab Peace Initiative," a Saudi-led plan that offered Israel peace with dozens of Arab and Muslim nations in return for a pullout from territories captured in the 1967 Mideast war.

The official, speaking on condition of anonymity because he was still not authorized to discuss the secret meeting publicly, said the Egyptian and Jordanian leaders reacted positively to the proposal, while Netanyahu refused to commit to anything beyond meetings with the Palestinian President Mahmoud Abbas.

Egypt and Jordan are the only Arab states to have formal peace treaties with Israel.

Gulf states like Saudi Arabia, the United Arab Emirates and Qatar do not have diplomatic relations with the Jewish State, but they share informal links.