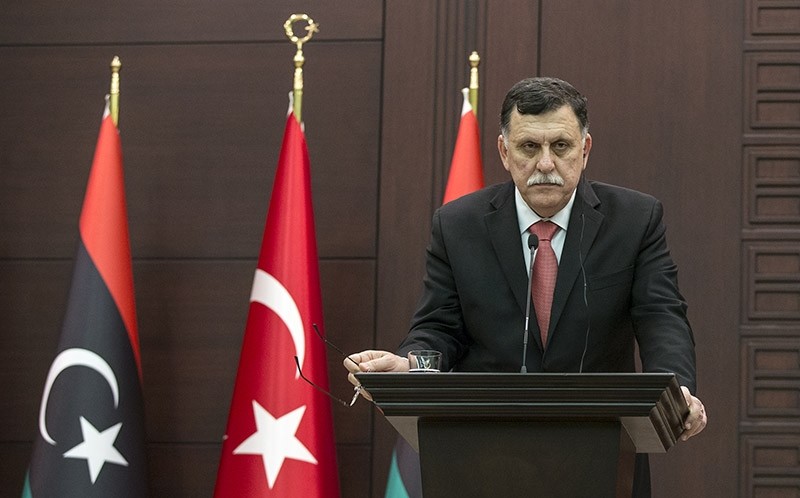 Fayez al-Sarraj, the head of Libya's UN-backed unity government, survived an assassination attempt on Monday when his convoy came under fire in capital Tripoli.

Two of al-Sarraj's guards were reportedly injured in the attack.

"The prime minister's convoy came under fire as its passed by a government complex held by supporters of the national salvation government [led by Khalifa al-Ghawiel," a member of the unity government-linked presidential council told Anadolu Agency anonymously due to restrictions on speaking to media.

Libya has been wracked by turmoil since 2011, when a bloody uprising ended with the ouster and death of Muammar Gaddafi after 42 years in power.

In the wake of the uprising, the country's stark political divisions yielded two rival seats of government, one in Tobruk and the other in Tripoli.

In an effort to resolve the political standoff, Libya's rival governments signed a UN-backed agreement in late 2015 establishing a government of national unity.