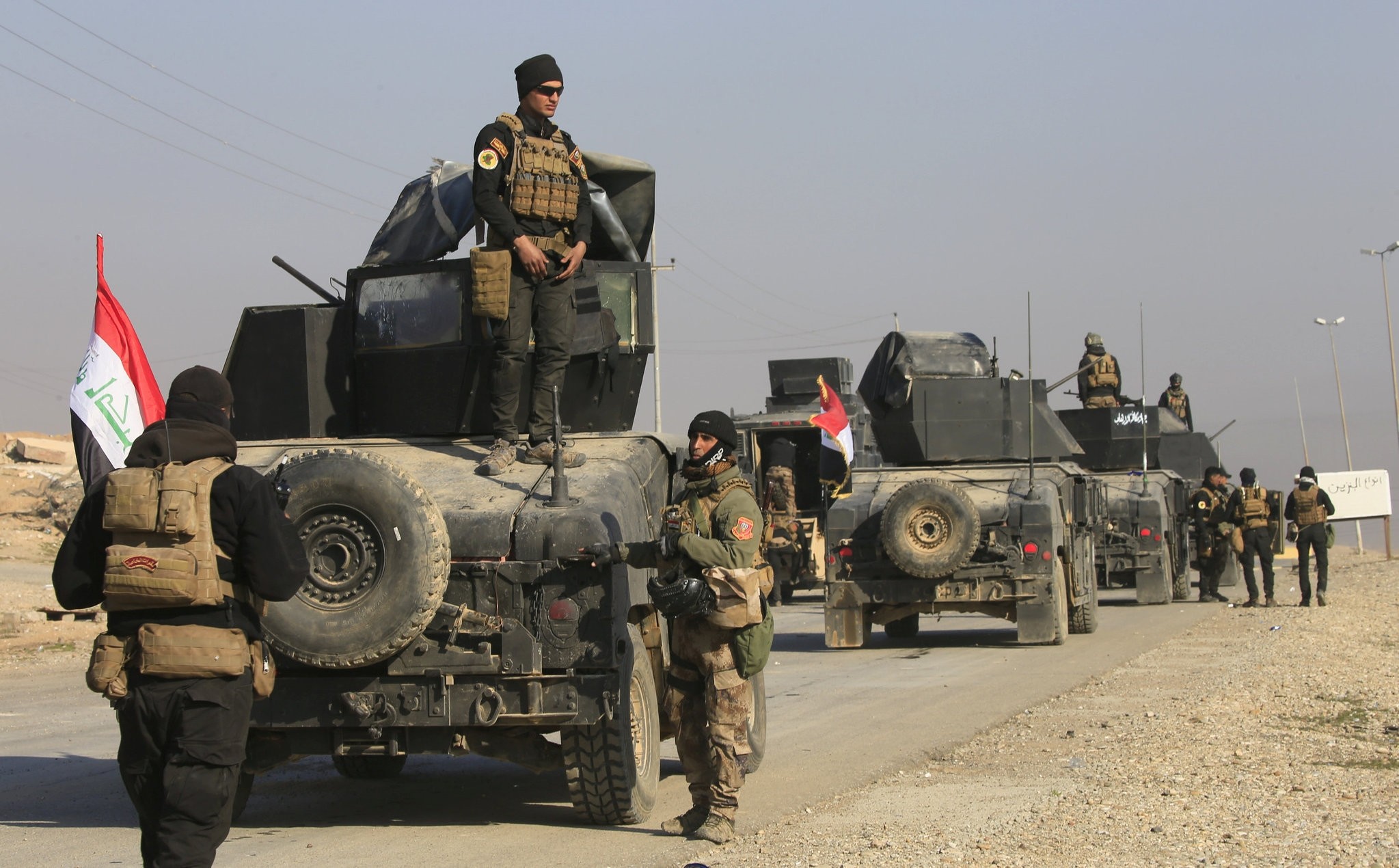 Iraqi forces captured Mosul airport on Thursday hours after they launched a major offensive against Daesh, which controls the western half of the city, state television reported.

"The Rapid Response Forces and federal police are fully in control of the airport of Mosul," state television said in a flash on its screen.

The interior ministry's Rapid Response units, followed by federal police forces, entered the airport compound from the southwest after pushing north from the village of Al-Buseif.

Attack helicopters fired rockets at an old sugar factory that stands next to the perimeter wall, sending a cloud of ash floating across the area.

On the road leading to the southern end of the airport, the body of an Daesh fighter lay next to a motorbike.

Little was left standing inside the perimeter and what used to be the runway was littered with dirt and rubble. Most buildings were completely levelled.

The regional command said elite forces from the Counter-Terrorism Service were simultaneously attacking the neighbouring Ghazlani military base, where some of them were stationed before Daesh seized Mosul in June 2014.

Control of the base and airport would set government forces up to enter Mosul neighbourhoods on the west bank of the Tigris, a month after declaring full control of the east bank.

All of the city's bridges across the river have been blown up.

The US-led coalition has played a key role in supporting Iraqi forces with air strikes and advisers on the ground, and on Thursday US forces were seen on the front lines.

The American troops are not supposed to be doing the actual fighting but in recent weeks have got so close to the front that they have come under attack, coalition spokesman Colonel John Dorrian said.

He declined to say if there had been any US casualties in the attacks, but an unnamed official later told CNN that several personnel had been evacuated from the battlefield.

The latest push to retake Mosul, the second city and the last stronghold of the terrorists in Iraq, was launched on Sunday and involves thousands of security personnel.

They started closing in on the airport four days ago. It is unclear how many terrorists are defending the airport but US officials said Monday that only around 2,000 remain in Mosul.

There are an estimated 750,000 civilians trapped on the city's west bank, which is a bit smaller than the east side but more densely populated.

It is home to the Old City and its narrow streets, which will make for a difficult terrain when Iraqi forces reach it because they will be impassable for some military vehicles.

- Letters from the east -

The noose has for months now been tightening around Mosul and the living conditions for civilians are fast deteriorating.

Residents AFP has reached by phone spoke of dwindling food supplies forcing many families to survive on just one meal a day.

Medical workers say the weakest are beginning to die of the combined effect of malnutrition and the lack of medicines, which Daesh fighters are keeping for themselves.

An army plane late Wednesday dropped thousands of letters written by residents of the retaken east bank to their fellow citizens across the river.

"Be patient and help each other... the end of injustice is near," read one of them which was signed "People from the east side."

"Stay in your homes and cooperate with the security forces. They are your brothers, they came to liberate you," read another.

A smaller than expected proportion of the east side's population fled when Iraqi forces stormed it nearly four months ago but the United Nations is bracing for a bigger exodus from the west.

It had said 250,000 people or more could flee their homes on the west bank and has scrambled to set up new displacement camps around the city.