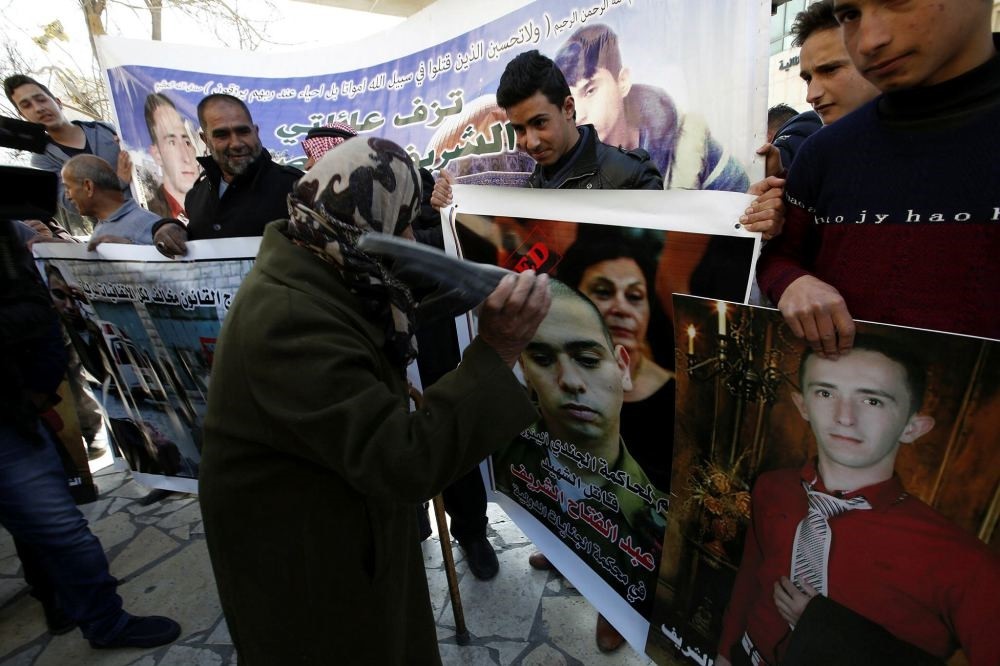 An Israeli soldier was sentenced Tuesday to 18 months in prison for killing a badly wounded Palestinian assailant as he lay on the ground, in a landmark decision that deepened tension in the country as the Israeli military chief warned lawmakers of not pressuring the Israeli army on pardoning the soldier.

The nationalist Israeli politicians called any jail time unfair and urged an immediate pardon, while Palestinians dismissed Israel's justice system as a "joke."

The sentencing of Sgt. Elor Azaria culminated a nearly year-long saga that has bitterly divided the country. While Israel's top generals pushed for the prosecution of a soldier they say violated the military's code of ethics, large segments of the public, including politicians on Israel's nationalist right, sided with Azaria. Israeli Prime Minister Benjamin Netanyahu gave only lukewarm support to his military. The nationalist Israeli politicians called any jail time unfair and urged an immediate pardon, while Palestinians dismissed Israel's justice system as a "joke."

While dismissing Israel's justice system, Palestinians have accused an Israeli military court of letting a soldier off too lightly - after it sentenced him to 18 months behind bars for fatally shooting an already-injured Palestinian man last year - while the Israeli right has called for the soldier's immediate pardon.

Amnesty International said the sentence given to Elor Azaria, 21, for shooting dead Abdul Fatah al-Sharif in the southern West Bank was too light, while Human Rights Watch warned against proposals to pardon him.

Soldier Elor Azaria, 18, was convicted of manslaughter in January after the court ruled he had "needlessly" killed Abdul-Fattah Sharif by shooting him in the head following an alleged attack in the occupied West Bank city of Hebron.

"The soldier killed my son in cold blood; he should have been sentenced to life in prison," Sharif's father, Youssri Sharif, told Anadolu Agency, insisting his family would continue to press for harsher punishment.

"We refuse the Israeli court verdict, as it is biased in favor of the murderer and protects Israel's continued crimes against the Palestinian people," he said.

Xavier Abu Eid, an advisor in the Palestine Liberation Organization's negotiations department, tweeted: "In Israel, to execute a Palestinian gives you 18 months of prison with half of the government asking for pardon."

While January's conviction of Azaria for manslaughter was seen by many as a rare example of an Israeli soldier being held to account for killing a Palestinian, legal rights group Adalah said the "minimal sentence" had shown that the case was "unexceptional."
Last Update: Feb 23, 2017 1:23 am
RELATED TOPICS