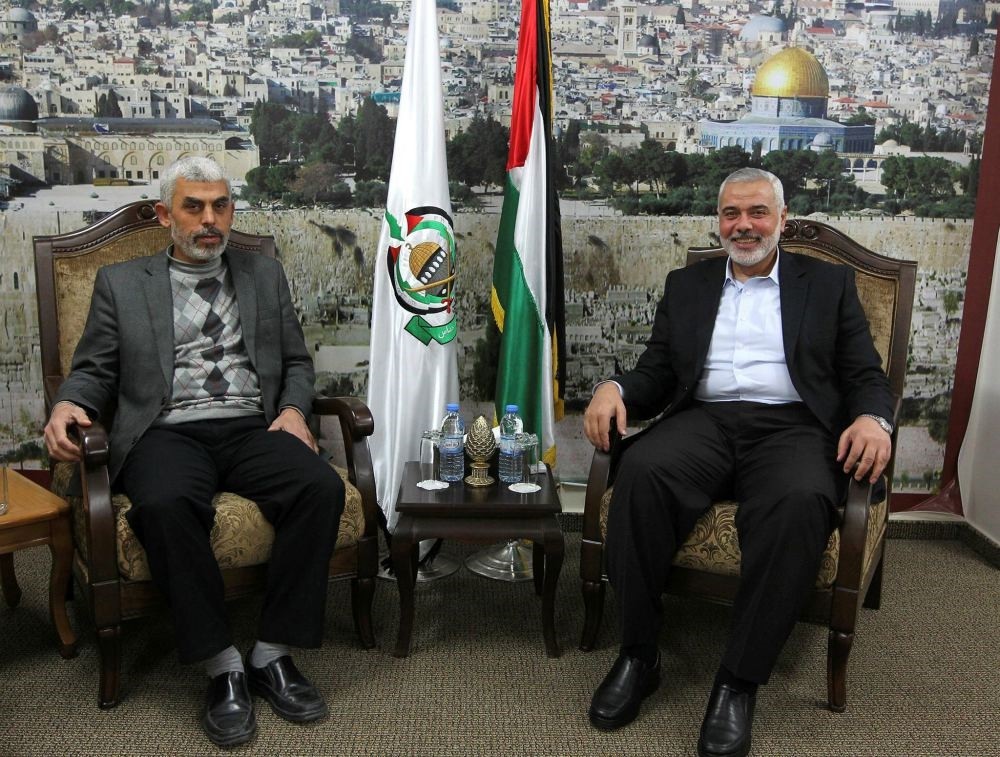 The emergence of radical groups in Sinai has compelled Egypt to cooperate with Hamas, which is now preparing to declare a new curriculum to detach itself from the Muslim Brotherhood

Immediately after the coup in 2013 in Egypt, which saw Egypt's first democratically elected President, Mohammed Morsi, overthrown by the now incumbent president, former Gen. Abdel Fattah el-Sissi, I wrote an article for the news website, usasabah, titled, "Will the coup overthrow Hamas?" Though tentative, the answer was "yes." I predicted that the demise of the Muslim Brotherhood, which was Morsi's ally and Hamas' mother organization, would shake the role of the moderate Islamist groups and lead to the rise of extremist movements. However, the center of extremism remained stuck in North Sinai, not Gaza, creating an opportunity for Hamas to survive. Despite the brutal Israeli attacks and the isolation of Gaza by Egypt through the closing the Rafah Gate border crossing, Hamas did not collapse and has overcome the attempts of Salafi groups to rebel as well as Daesh to recruit followers. The group has been preparing to undergo a major change — cutting its ties with the Muslim Brotherhood, restoring relations with Egypt and changing its curriculum — apparently in its bid to act alone with no links to any umbrella organization as it seeks to self-legitimize itself.

The signals of change came last year, after Hamas officials removed all signs of the Muslim Brotherhood from the streets and mosques in Gaza. Speaking to Al Monitor last year on condition of anonymity, a Hamas official said: "There has been a lot of talk about the need to amend some of the charter's articles after certain political developments in the region as well as the practical change that took place in Hamas' political ideology; namely, the movement's relations with regional and international institutions since its inception in 1987." The same source noted that conditions were not suitable for such a change.

In an interview with Saudi Arabia's Al Arabiya Hamas last March, spokesman Sami Abu Zuhri said that "Hamas' decisions are made from the Palestinian perspective by the political bureau of the organization, without any links to another country or organization." Recently elected U.S. President Donald Trump's suggestions that the Muslim Brotherhood might be outlawed and that Washington wants to improve ties with Egypt has forced Hamas to accelerate such a move. Therefore, last month Hamas official Osama Hamdan told Al-Jazeera that they would soon release a document clearly outlining Hamas' positions on various issues related to the Israeli-Palestinian conflict, including detaching itself from the Muslim Brotherhood. He said Hamas told Cairo that its new platform will stress the movement's character as a Palestinian nationalist movement, unaffiliated with any international movements, least of all the Muslim Brotherhood.

The organization also wants to mend ties with Cairo as the two suffer from the presence of radical movements. Egyptian and Israeli media outlets reported last year that a purge of Salafis in Gaza was carried out by Hamas in coordination with Egyptian intelligence. Two weeks ago, deputy Hamas leader Ismail Haniyeh said Hamas and Egypt have turned a new leaf. Haniyeh said that Hamas is interested in maintaining close contacts with Egypt and intends to remove all causes of concern for the Egyptian leadership, especially in the field of security. While Egypt had been accusing Hamas of allying with extremist groups in Sinai, now the two are seeking levels of cooperation against Daesh and its affiliates. The Egyptian government also accused Hamas of cooperating with the outlawed Muslim Brotherhood, saying: "We want cooperation in controlling the borders and tunnels, the handover of the perpetrators of armed attacks and a boycott of the Muslim Brotherhood. They want the crossing to be opened and to conduct more trade. This has actually begun, albeit partially. We hope it will continue," one senior Egyptian security source told Reuters last week.

In this way, Hamas also seeks to develop trade in Gaza which has been encircled and embargoed by Egypt and Israel. Thousands of illegal tunnels have been closed by Egypt with the claim that militants used them. Yet, the Egyptian media has reported that Egyptian officials recently facilitated the transportation of construction and raw materials to Gaza, noting: "The desire to secure the area and restore a semblance of normality is as strong for Egypt, which wants to lure back the foreign investors who fled after 2011, as it is for Gazans. Egyptians who organized the Palestinian conferences (including Elazb al-Tayeb Taher, writer on Arab affairs at the state-owned Al-Ahram newspaper) suggested the border might be reopened for trade for 10 or 15 days at a time – rather than a few days every six weeks at present – to build trust. However, the ultimate aim is more ambitious; seeking a free trade area and an industrial zone on the Egyptian side to facilitate commerce, allowing Gazans to travel abroad while creating jobs for those who might otherwise join the militants," Reuters reported.

Hamas is apparently attempting to find a new way to survive in the region by detaching itself from the Muslim Brotherhood and improving ties with Egypt in return for the country's attention to Gazan needs. The emergence of terror organizations has put Hamas in a critical position in the security of the area. After years, it seems Egypt is finally choosing to involve Hamas in regional politics rather than alienate the group.