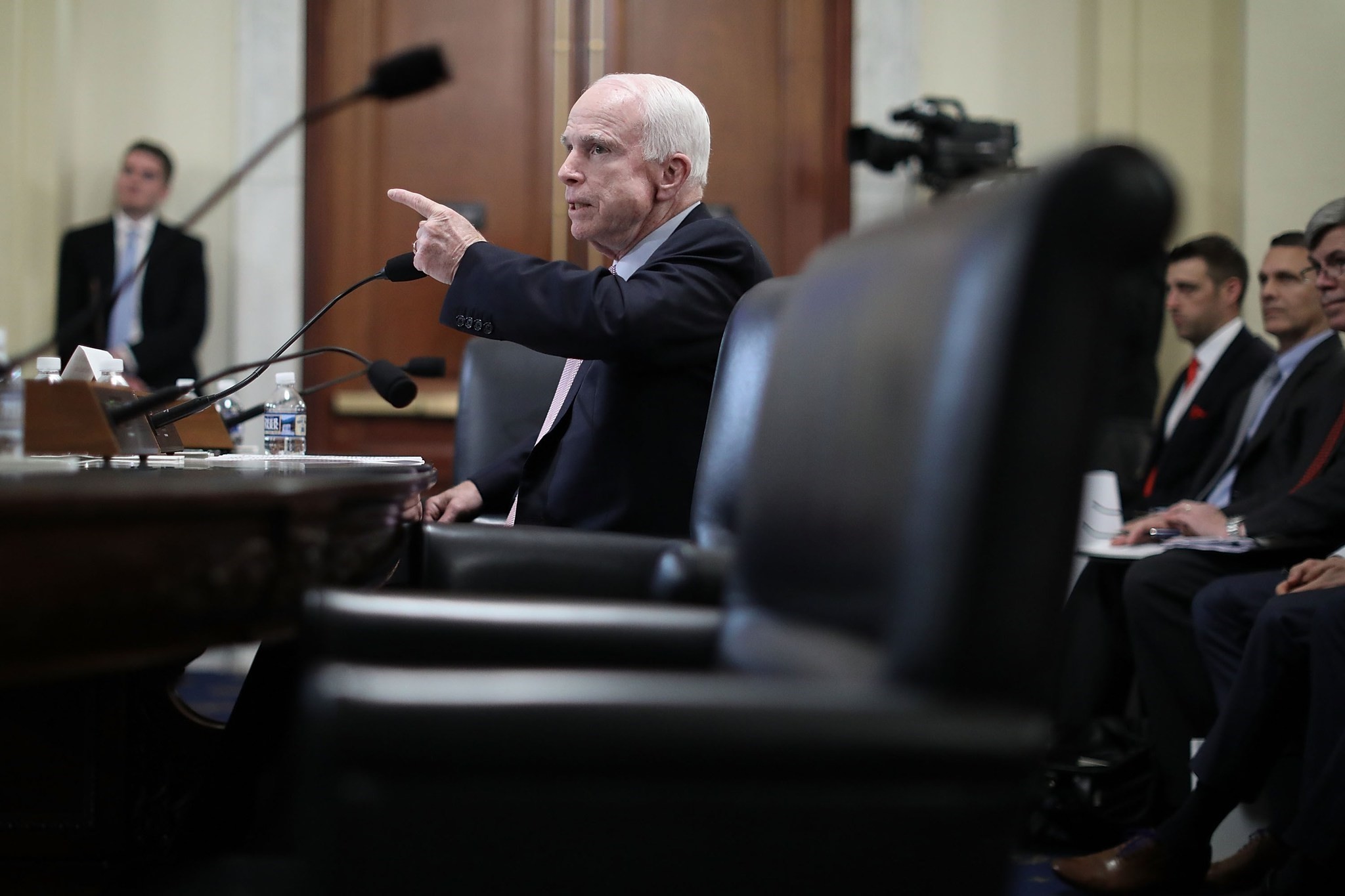 The U.S. Senator John McCain expressed his concern about the risk of a conflict between Turkey and U.S.-backed Kurdish groups linked to the PKK in Syria on Thursday at a House Armed Services Committee hearing.

Senate Armed Services Committee chairman McCain asked Army General Joseph Votel whether the U.S. is taking steps to try to avoid such conflict, Votel acknowledged that the risk of a clash existed and said: "To that end, we are trying to take actions to prevent that from occurring."

"I do not think you understand how serious President Erdoğan is about the YPG," McCain warned Votel.

The U.S.'s support for the People's Protection Units (YPG), which is the Syrian affiliate of the PKK terrorist group, strained the bilateral relations to such an extent that President Recep Tayyip Erdoğan sent an ultimatum to Washington in February 2016 was to choose either Turkey or the PYD as its ally.

His ultimatum came days after former U.S. President Barack Obama's special presidential envoy for the Global Coalition to Counter Daesh, Brett McGurk, paid a visit to PYD-controlled Kobani and held talks there. Photos of McGurk's visit to Kobani surfaced on social media and he was seen meeting with former PKK fighters in Syria.

The YPG has taken a hostile approach towards Turkey since the beginning. The terrorist group has attacked Turkish troops in Syria and militants they have trained have carried out attacks in Turkey in the past.

The PYD/PKK is trying to combine its self-declared Afrin canton in the northwest corner of Syria to the Kobani and Jazeera cantons in the northeast, but Turkey and Syrian opposition groups fighting for the unity of Syria have been trying to prevent the PKK affiliates' separatist motivations.