Erasing Daesh from Syria may not be its end 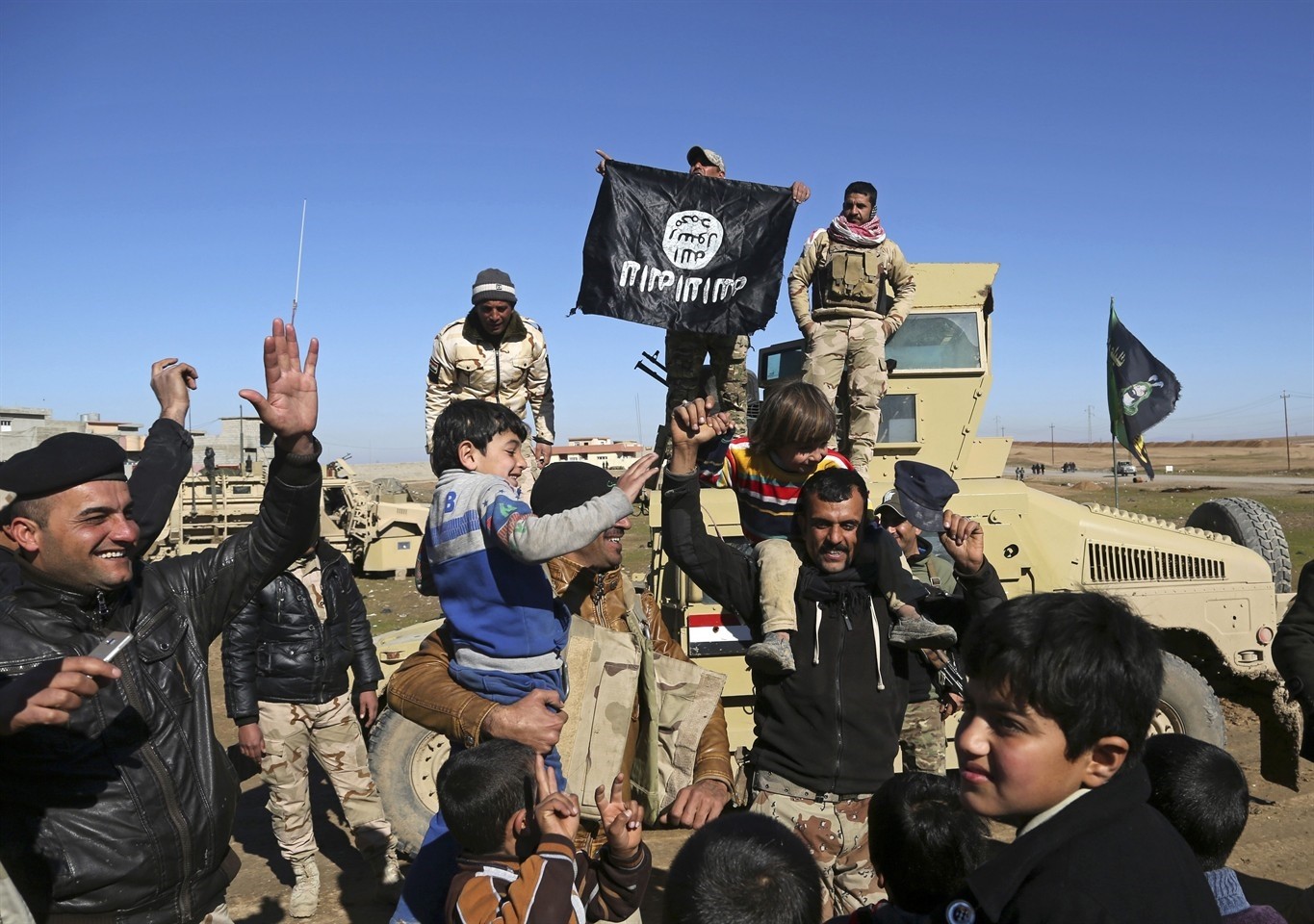 In this Jan. 24, 2017 file photo, Iraqi Army soldiers celebrate with residents of liberated neighborhoods as they hold upside down a banner of Daesh (AP Photo)
by Yusuf Selman İnanç Mar 10, 2017 12:00 am

Daesh as a radical global movement has a presence in several areas of the world, recruiting armed groups while continuing to increase its power in Afghanistan, which could be the home of a new headquarters for the group after Syria and Iraq

Daesh appeared in Iraq and expanded to Syria under the umbrella of Jabhat Fateh Sham, formerly known as the al-Qaida-linked al-Nusra Front. Although the group's main cadre was based in Iraq, in a short time the world started hearing about several attacks in different areas of the world, carried out by Daesh. The Philippines, Afghanistan, Pakistan, France, Belgium, the U.S., Nigeria, Egypt and Mali were among the countries that had no Daesh presence previously but had become its target. It was clear that unlike al-Qaida, Daesh was allowing any terror group to use its name and brand to carry out attacks. Daesh had no ethical and moral principles and no borders and was supporting any attack on any party that rejected Daesh. The group has been successful in separating several armed groups from al-Qaida and the Taliban. One of the areas it was successful in was Afghanistan with the Taliban losing power and Daesh winning power. Despite the ongoing struggle in Iraq and Syria now, Daesh may adopt Afghanistan as a new headquarter thanks to its increasing power in the region.

On Wednesday, Afghanistan's capital Kabul was shaken by an attack on a hospital, leaving more than 30 dead. "Gunmen dressed as doctors stormed Afghanistan's largest military hospital on Wednesday, officials said, killing at least 30 people in a six-hour attack claimed by the Daesh-affiliated group as it makes inroads into the war-battered country," French-Press Agency (AFP) reported. The Afghan president and several other politicians strongly condemned the attack. Afghanistan, which has been struggling with the Taliban, which attacked Kabul only two weeks ago, has to cope with the threat posed by Daesh-affiliated groups as well.

While Daesh is the main target in both Iraq and Syria, it is questionable whether it will end Daesh even if it is ultimately erased from the two countries. Daesh looks like a global movement and has the means to recruit radical groups from across the world. At the beginning of 2015, one of Daesh's spokesman Abu Muhammad al-Adnani, who was killed in a U.S. airstrike in Syria last September, declared that a new group was formed in Afghanistan to fight against the Afghan and Pakistani governments. In his seven-minute-long speech he said the group would be expanding to the Khorasan region and hence the Daesh-affiliated group was referred to as Daesh-Khorasan. The new group found supporters near the Pakistan border, recruited some armed tribes and some militants from the Taliban. The group crossed to Pakistan and recruited supporters in Karachi, one of the most impoverished cities in the country. In May 2015, 46 Shiites were killed in Karachi before 42 people were killed in Punjab region. The two bloody attacks were the first ones Daesh carried out. One of its bloodiest attacks was on the Lal Shahbaz Qalandar Sufi shrine in February. "In Pakistan's deadliest attack in more than two years, a suicide bomber struck a crowded Sufi shrine, killing at least 75 people including women and children," Al-Jazeera reported. The group continued its attacks, gained the support of some other armed radical groups and fought against the Taliban.

A report, released by the Danish Institute for International Studies last year, said "While Daesh has only a limited presence in Pakistan, today it is present in around seven Afghan provinces; primarily in the eastern part of the Kunar province and the adjacent Nangarhar province. The movement has made its presence felt by taking responsibility for suicide attacks, armed operations and kidnappings, particularly in south-eastern Afghanistan, where Daesh has unsuccessfully tried to occupy certain areas, but also in north-eastern Afghanistan, where the movement has been more successful. Daesh has also been active in Pakistan, particularly with attacks in the Sindh province, and according to Pakistani news coverage, Daesh has managed to gain supporters in the tribal areas of Pakistan (FATA), where the Taliban still has its strongholds and where al-Qaida previously enjoyed widespread popularity and protection." Another report, released by the Middle East Institute last year said, "Daesh quickly gained support among other disenfranchised Taliban fighters, intrigued by the allure of a new militant force and the appeal of the international group's infamous brand."

Daesh seems to be expanding its territory and to be showing its presence in the region through carrying out bloody attacks. Although it is likely to lose power if its headquarters in Syria and Iraq are destroyed, Daesh as a global radical movement, adopting a strict religious jurisprudence, will continue to pose a threat to the world.
Last Update: Mar 10, 2017 1:13 am
RELATED TOPICS