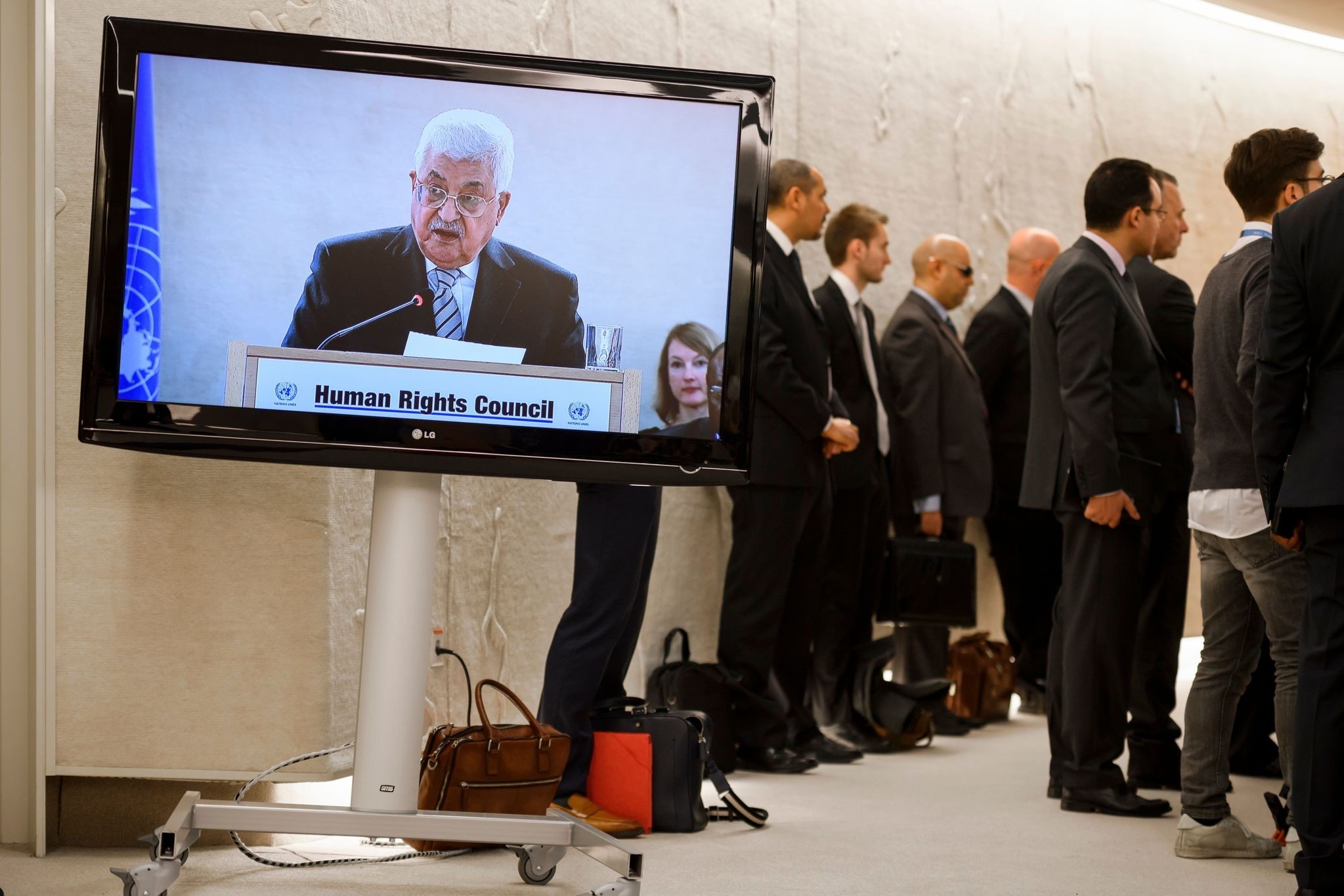 Netanyahu and Trump have spoken on the phone at least twice since the Jan. 20 inauguration and Netanyahu visited Washington last month.

It is not clear what issues will be discussed in Friday's call, but Palestinian officials indicated Abbas would emphasise his concerns about Israeli settlement building on occupied land and the need for a two-state solution to the conflict.

At a Feb. 15 news conference during Netanyahu's visit, Trump was ambivalent about a two-state solution, the mainstay of U.S. policy in the region for the past two decades.

"I'm looking at two-state and one-state, and I like the one that both parties like ... I can live with either one," Trump said, causing consternation acrosss the Arab world and in many European capitals.

The White House has since been more cautious on the issue, and there has been less talk of moving the U.S. embassy from Tel Aviv to Jerusalem, a promise Trump made during the campaign but one that would provoke anger across the Muslim world.

David Friedman, Trump's nominee for ambassador to Israel, who was approved by the Senate foreign relations committee on Thursday, has said he wants to see the embassy move to Jerusalem and expects to work from the city at least some of the time.

While one of the first calls to a foreign leader made by Trump's predecessor Barack Obama was to Abbas, Trump has been cautious in his contacts with the Arab world.

He has spoken to Egyptian President Abdel Fattah al-Sisi and met with Jordan's King Abdullah, who took the initiative and flew to Washington for an impromptu visit.

One of the most heated issues between Israel and the Palestinians is Israel's building of settlements in the occupied West Bank and East Jerusalem, territory the Palestinians want for their own state along with Gaza.

During the campaign, Trump said he did not necessarily see settlements as an obstacle to peace. Since his inauguration, Israel has announced plans to build at least 6,000 more settler homes, a substantial increase and an indication that Israel took Trump's softer language as a green light.

But during Netanyahu's visit, Trump said he wanted the Israeli prime minister to "hold back on settlements for a little bit", a position that took Netanyahu by surprise. Israeli and U.S. officials are now discussing what the parameters are on settlements