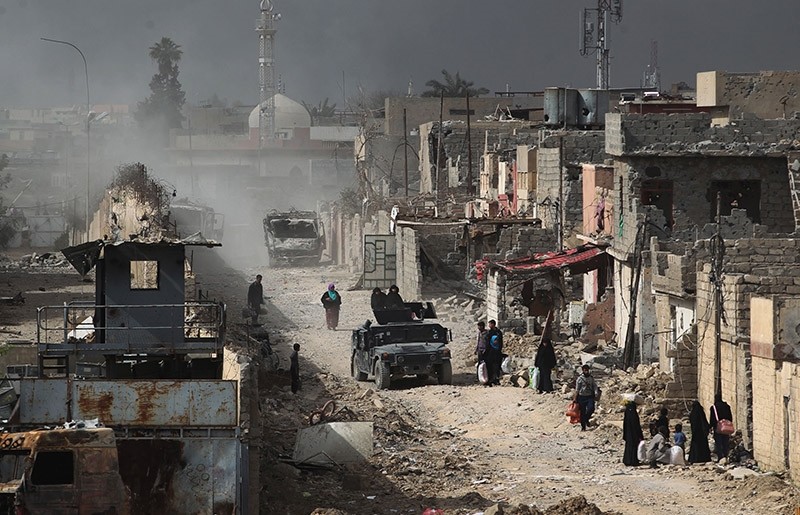 Iraqi families leave Mosul's Nablus neighborhood on March 12, 2017, during an offensive by security forces to retake the western parts of the city from Daesh terrorists. (AFP Photo)
by daily sabah
Mar 13, 2017 12:00 am

A total of 150 women were freed from the Daesh terror organization as Iraqi security forces recaptured a factory in one of Mosul city's western neighborhoods.

Said Memozini, Mosul representative of the Kurdistan Democratic Party (KDP), said that Daesh turned the old cotton factory in Hayy Wadi Hajar neighborhood into a prison, locking hundreds of women in the building.

The identities of the liberated women remain to be determined, while Memozini stressed that it was unclear whether the Yazidi women who were previously kidnapped in Sinjar were among the 150 found.

Memozini also stated that Hayy Wadi Hajar, located in western Mosul, was seized last week, and added that security forces discovered the factory building only recently due to the mines and the explosive traps placed by Daesh around the region.

Eastern Mosul was completely taken by the end of January, before Iraqi forces launched their operation to liberate western Mosul on Feb. 19.